Exposing the Malicious Hatred of People Who Shout “Racist” 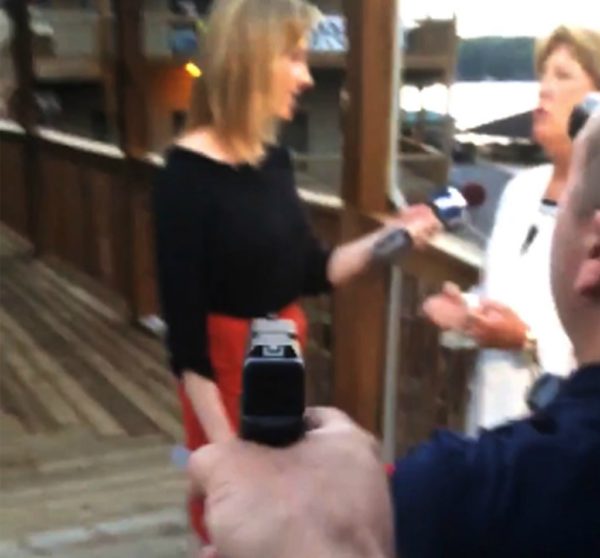 Those who have weathered years of invective and hate as a reward for speaking up for Western European men, for not standing idly by as the white race lethargically dissolved, will likely have noticed that sometime in 2015 indifference to the left’s trump card of shouting “racist” filtered into the mainstream.

The majority of whites still cower pathetically at the mere thought of enduring this social attack, but the idea that some regular whites might, upon becoming interested in their peoples’ survival, neither collapse in fear of the â€œrâ€ word, nor transform into Hollywood Nazis, entered public consciousness.

The anti-PC juggernaut that is Donald Trump is the obvious locus of this phenomenon, but in all likelihood his absence would have found another entity embodying the latent forces that had been building underground for decades. In any case, we now find ourselves in a situation where a Western European man may express opposition to the extinguishing of his people and still get invited to some parties.

This is a positive development; we’ve gained some ground — now we must advance.

One way to do so is to hijack the social war machine of the left and turn it on them. Shouting “racist” is a means of chastising healthy in-group preference and anything that gets within a hundred miles of that. This attack works because it equivocates white self-interest with an interest in harming non-whites, and as an extension of this, also equivocates recognition of racial differences with genocidal intent.

The simple fact is that those who use the word “racist,” whites and non-whites alike, hate white people and want them gone.

White people are generally nice, and, especially when oversocialized, recoil in horror at the thought of pointlessly or maliciously causing harm. Of course, the equivocations implicit in the attack word “racist” are false: interest in the survival and flourishing of European people is not predicated on hatred of others. The word is founded on a lie. We can substitute it with the truth.

There are a few things that can happen when the word “racist” is used. On an individual level, it causes the targeted white person severe psychological stress as they subconsciously imagine themselves cast out from the warmth and protection of the herd. Nothing good comes from this, and itâ€™s easy to see this for the cruel bullying that it is.

Another thing that can happen is the murder and rape of large numbers of whites. South Africans were badgered endlessly with the word until they finally relented, and allowed power to pass to those who hated them, with the predictable result that thousands of white farmers were murdered. For the police officers of Rotherham, the mere thought of the word was enough to strike them impotent and watch in cowardice as thousands of children were raped by Pakistanis who considered them livestock.

Every single day, whites around the world bow their heads and take hatred quietly and let themselves, their friends, and their relatives get robbed, raped, and murdered because they don’t want to do a single thing that could possibly lead to them being called “racist.”

After this scale of disaster, how can anyone in good conscience maintain and intensify the attacks of “racist”? Doing so clearly requires a sickening commitment to mass cruelty. Ultimately, the thing that would result from an unrelentingly successful attack with this word is the disappearance of whites entirely — most likely through miscegenation — and everything that is unique about us.

Demographic patterns are not secret knowledge. Leftist aims can no longer be denied when there are SJWs in every organization screeching about “fucking white males” who have too much privilege. The simple fact is that those who use the word “racist,” whites and non-whites alike, hate white people and want them gone. With no evidence of life anywhere else in universe, to desire the obliteration of something as rare and with as much potential as Western Europeans is cruelty on a cosmic scale.

All of this, based on a lie—that being unashamed of being white is evil. The truth that must substitute this lie is that those who use the word “racist” are hateful and evil. In order to do so, my suggestion is to call them “leukomisiacs” because they are people who adhere to “leukomisia,” or the hatred of whites. Whenever someone shouts “racist,” we expose them as a leukomisiac.

The word itself doesn’t matter, one of the many bright minds in the growing alt-right movement may find a better term. The attitude is what’s important: not only should we be unapologetic, we should push back.

For the useful idiots who never really grasped leftist ideology, who in some sense are as responsible for their actions as a rotting potato, we can make it very simple and clear: calling someone “racist” means willing rape upon little white children.

The primary determinant of whether a social group can lead — whether it can wield social shaming — is not its size, it’s the degree to which the group is perceived as being right.

As a matter of practicality, one objection to all this might be that for social ostracism to work, it must come from a majority; that no one will be shamed for shouting “racist” if the ones doing the shaming constitute a small minority. While the thinking behind that is not entirely mistaken, it puts too much emphasis on quantity. The primary determinant of whether a social group can lead — whether it can wield social shaming — is not its size, it’s the degree to which the group is perceived as being right and having or being on the path to having power.

Do we have this? Declarations such as this from the Los Angeles Times may give us hope:

The Alt-Right represents the first new philosophical competitor to liberalism, broadly defined, since the fall of Communism.