The Glory of Philosophy 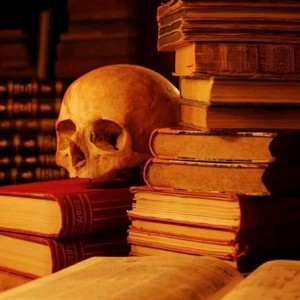 I recently came across a debate, or rather, fight, between people arguing whether or not philosophic quotations were worthwhile or useless. Allow me to clear up this important matter as well as the misunderstandings surrounding it.

Amerika.org calls itself â€˜New Rightâ€™. I hung out with New Right people during my youth. Friends of my cousin. They were what one might call â€˜prolesâ€™; making theirÂ money from hustling and menial labour, which they spent on beer and cigarettes that they consumed while hanging out on the streets. These people lived with their parents or in cheaply rented rooms. One thing they had in common; they said they loved their fatherland and that it didnâ€™t belong to immigrants. They didnâ€™t avoid fights either when it came to confrontations withÂ other ethnic groups in the nightlife, so that they usually had some strong stories toÂ share once they did their time and were back out on the street.

You are not that kind of a New-Righter are you, since you are here reading. Which means to say you love your culture, or at least have an affinity for your nationâ€™s history, beyond listening to folklore songs and cherishing resentment against foreigners. You are probably a person who cares about the ideas behind the events that comprised the past. And if you honestly don’t care, then you might as well go outside right now to drink beer and smoke cigarettes on the streets.

Saying that philosophy is pointless, stupid or obsolete is the same thing as saying that even if one could learn from other people having waged the same debate before, it would be pointless to do so. It is saying that one had nothing to gain from examining their arguments and the objections to those arguments. It’s basically taking a dump in the face of Tradition.

Many Paleo-Conservatives would say that this is where the problems started; with Luther, Spinoza and the people who think like them. At that time folks started to think their individual conscience was only responsible to God and not to the rest of the world. It was when they started holding their own interpretations of the Bible as equal to those of the priests, and when they considered the light of their own reason beyond that of learned men who lived before. Peasant revolts were the result and Luther found himself forced to rewrite his theories.

Once one becomes sufficiently enlightened to regard arguments as Truth-claims, that one learns that for objective discussion, it doesn’t really matter who brought an argument forward. What matters is what can be learned from that argument. It is not a shame to quote a Truth formulated by men who said it better than you ever could yourself. 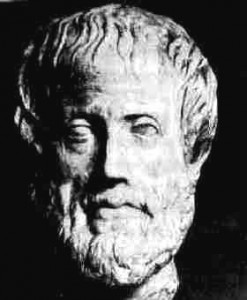 On a different note, it does matter who said what, because to make sense of the active political currents one has to understand Socialism, Liberalism, Conservatism, and thus the leaders and thinkers who gave those movements their impetus and directions. It greatly matters to one’s course of action if he calls himself a Marxist or Kantian, for example. A hypothetical person could say: “I’ve read Nietzsche and Plato and arrived at their same conclusions, so I donâ€™t need philosophy because these thoughts come so naturally to me.” Yet one can only say after already having read them and thus borrowing off the prestige of philosophy toÂ push the point. Nietzsche would describe that as a weak Will to Power.Â

Let me just quote some fragments of discussion to show what happens when supposedly scientific people start discrediting philosophy:

Philosophy of science maintains that science itself cannot know whether a question is of benefit or of detriment. But this is false, because scientific investigation is based on human need. So all questions are inherently valuable. Simply put, we know what benefit and detriment are without philosophy of science! – Richard Zeitgeist

Saying philosophy of science is uselessÂ since you have defined that science pursues what is “detrimental” and “benefiting”Â to the needs of man, isÂ incorrect.Â Some definitions may not incorporate things that, on closer inspection, you would want to include within the definition. Once having completed the definition, the scientist will use that definition as a searchlight which will accentuate and reveal some things, while leaving others in the dark. Science works systematically applying that searchlight, while philosophy has the ability to adjust and to broadenÂ that searchlight. The scientist hasÂ assumptions of what qualifies for proof, that he is unaware of,Â that guide him whenÂ he sets up his hypothesis and when he makes an analyses of the experiment’s outcome. He has (implicitly) accepted certain principles and theorems that influence the way he will set up the experiment. Philosophy of scienceÂ adjusts and broadens the searchlightÂ by reflecting upon the principles applied by scientists.

Philosophy of science begins with the question of how to understand “benefit” and “detriment”. Then it asks the question what can be known and what cannot be known, before jumping to conclusions. Philosophy is about asking questions more than it is about giving answers. And questions start on assumptions of what is valuable. This is why some (possibly valuable) results of an experiment may not be noticed by the scholar, because this is not what he was searching for.

Doesn’t sound very scientific to me -Â sounds like you are going to get biased results based on arbitrary philosophy. There isnt a scientist in the world you would use this method because they would be changing the questions based on archaic philosophical decisions.

We should apply science based on any and all questions that emerge without changing them with philosophy. That way we get the maximum and most accurate data based on questions that have directly emerged out of human necessity.

IÂ think you are emotionally identified to philosophy and that you connect to it out of enjoyment of romanticism and you have built up a character along these lines, but on analysis your methodology would distort the scientific method into arbitrary opinion and obtaining biased results. – Richard Zeitgeist

This argument, however, ignores Truth is timeless.Â The fact I close the window does not make it untrue that the window was open. Once a Truth is expressed it is a Truth for all time. It does not matter in which period it was expressed. The factÂ one lacks knowledge from the archaic period might be a flaw which can be overlooked – but the flawÂ of dismissing this knowledge before having studied it, cannot.

The clear observer will perceive how the rest of the argument (about the maximum and most accurate data) has been refuted by my previous reply since I pointed out how philosophy helps to detect any arbitrariness in the assumptions of the scientist.Â The implication is that personal affinity with a subject goes at the cost of one’s judgement. Well if that is so, not only has this problematic consequences forÂ the interlocutor’sÂ defence, but also it ignores that personal affinity drove any improvement that ever happened. Be it an improvement in terms of scientificÂ breakthroughs or civic freedoms.

Lastly, we should conclude it ill-advised to respondÂ with speculative assumptions regarding people’sÂ personality – a move typical of any zealot, be itÂ religious or ideological. Doing soÂ generally indicates that the groupÂ one isÂ representing is anything but objective. Resorting to personal statements based on emotion andÂ personality demonstrates a lack of respect for objectivity inÂ the reasoning, making the interlocutor and his methodology less trustworthy as a source of knowledge to me, not more.