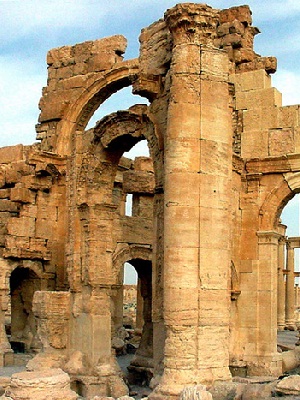 If you do not live under a rock, you are probably drowning in commentary about the S&P dropping USA’s credit rating for the first time.

You do not need me to contribute to this flood with excessive bloviation, so let me say simply:

The big deal (S&P credit rating drop) is not the real story. In fact, it’s the small story.

All causes have effects. All big events cause associated details to occur. The credit rating drop is not a cause, it’s an effect.

Republicans and Democrats quickly doled out blame to each other for the first-ever downgrade in the nationâ€™s sterling credit rating, an expected but unsettling move that further clouds prospects for the recovery of the fragile United Statesâ€™ economy.

The back and forth came after Standard & Poorâ€™s, one of the worldâ€™s three major credit rating agencies, cited â€œdifficulties in bridging the gulf between political partiesâ€ as a major reason for the downgrade from U.S.â€™s top shelf AAA status to AA+, the next level down. The rating agency has essentially lost faith in Washingtonâ€™s ability to work together to address its debt. – Washington Times

The cause is a lack of faith in the USA owing to multiple factors:

When Ronald Reagan rebuilt this country after the disastrous post-1968 political climate, he did it by rebuilding America as a whole thing. He gave it a new image, and a new work ethic; then, he began fixing individual things. America became a powerful brand because it had a clear direction, strong leadership, clear political orientation and a forward movement.

We have none of these things now.

So, again, the S&P is not the story. The S&P just noticed what others have seen for a long time. America is adrift in her own internal muddle, and is no longer looking outward but inward. The resulting neurotic, self-conflicted, underconfident, and narcissistic country is no longer a healthy investment.

The market gave us a few years to fix it but since neither leadership nor citizens show any sign of facing reality, the market has downgraded us. Serves us right.

A short fragment | The Glory of Philosophy