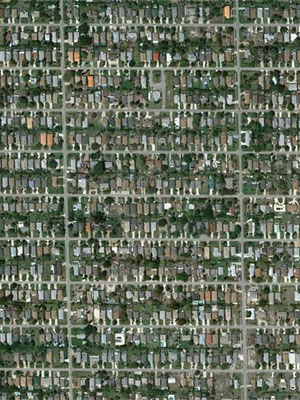 Time is precious. As far as we know, we live, then we die. Maybe there’s something afterwards; maybe not. Either way, we don’t get to be us again. We can’t go back to being two years younger, or not knowing something that scares us once we’ve learned it. Life is a rare commodity.

And yet, most people can’t stop wasting it. I don’t mean the kind of loafing where you look back on an afternoon or a weekend and think, What did I do? in a haze of laziness, but I mean that they need to be constantly occupied. People no longer have an internal narrative. They need constant distraction or they feel empty and lost.

What it amounts to is babysitting. You go to school all day, where they dole out knowledge in spoonfuls; whoever writes it all down, and then writes all of it down again on the test, wins. You could learn it in a lot less time. But then what would you do all day?

Your parents would have to stop working early or only one of them could work. That means less money; frown on the parents’ faces. Most people can’t invent things to do, so you’d probably commit mischief or crimes or get abducted into a child slavery sex ring. Governments would fall.

It’s the same way with jobs. Some people have real jobs, like doctors, police, firefights. Even if they spend a lot of their time waiting, they have to perform and get it right. Most jobs however are redundant. You are doing the work of 1/5 of a person, and spending a lot of time in meetings.

Why not go home early instead? The babysitting would be over. You would be in your cold apartment, trying to invent something to do. And again most people can’t do that. They can’t do that because they don’t have an internal narrative. They aren’t driven to accomplish something; they serve their own pleasures and beyond that, do nothing.

I heard about a man who invented an ultra-efficient shop. You could breeze in, pick your selection quickly from a logical arrangement, and then checkout with a wave and be done. He went bankrupt. People don’t shop because they need things, but because they need something to do. More babysitting is required.

When they’re at home, people don’t invent either. They can follow instructions in magazines and make things, or imitate something their friends did. They can play video games. Sometimes they go on the internet, and repeat things they’ve seen on TV or that other friends have told them.

Babysitting fills our time. It makes us uneasy, because we’re aware that this time is departing like water down a bathtub drain. And yet, few of us know what to do with ourselves. We don’t want to give our time to society, because that would require a common standard and that would restrict our freedom.

So it’s off to the bar. We like to be free, and we’re doing exactly what we want to. Which is… uh… well, couldn’t figure it out, so it’s the same stuff as usual. Have some beers, let conversation guide your mind, go home when you can’t walk or everyone else is gone.

The reason that emptying our souls has failed us is that the question isn’t filling our time; it’s dedicating our time. Every day is a trade with death. When we trade for something good, our souls fill up with enjoyment, and we remember our preferences. Every day we dedicate only to our pleasures is a day in slavery.

This doesn’t seem intuitive. In fact, it would seem to be the reverse: enjoy life, live for yourself and only yourself. But it turns out that we are not islands and we need to feel a sense of purpose. That can only come from bonding with our world, coming to love it as ourselves, and acting on it to make our mark, however small.

The fall of the dinosaurs | Civil disobedience