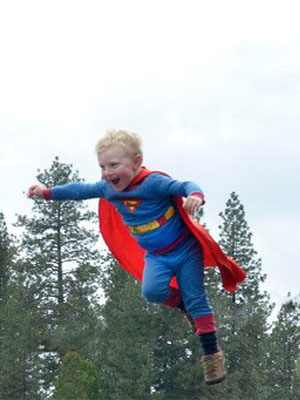 Much of the confusion of our time can be distilled to a difference between inside and outside.

We think, for example, that the representation of ourselves in social circumstances is our ego, and fail to notice that our ego is in fact an inner voice not very much concerned with how others see us. The social ego in fact takes over from the inner ego, replacing our inner voice with the voices of those in our social group.

In another sense, people confuse what it is to be aristocratic or to be a member of any other caste. In the modern mythos, those are “accidents of birth” and unrelated to any qualities of the person. The mythos states this because our founding modern idea is that we are all equal, which is a result of the individual wanting to remove as many external constraints as possible by removing the measurement of the consequences of our actions. The modern person resents any external influence that limits them, or tells them what their preferences are, which is why they violently reject the idea of innate abilities or traits imbued in character, DNA or heritage.

By doing this however they assign certain values to attributes outside the self. For example, by insisting that aristocracy is defined by traits like wealth and property, the modern person is essentially saying that there is no inward trait that makes some merit being aristocratic.

In other words, in order for aristocracy to be illegitimate, it must only be a measure of external wealth, but the high cost of that notion is that none deserve to rise above the rest. In turn that means that no person can be seen as exceptional for their behavior, but only for what they own.

Those who think of themselves as having attained various lofty states in life should notice and fear this schism. Either caste, including aristocracy, is a measurement of inward character and ability, or it’s another hollow external measurement like popularity or wealth. If it’s the latter, we live in a hopeless world where no person can be counted on to be more noble than the others. Experience of course dictates that this is not true, because all of us choose our friends and lovers for who they are, not what they own or their role in society.

Some of these people feel they are not given the respect they deserve given the role they have attained in life. The answer is complex in that many people now give no respect except when forced, but that many people who believe themselves to be of higher status do not manage to act in the ways that define that higher status, and thus get treated as equals by the crowd.

Many of the people we encounter daily exhibit signs of great stress because while they have achieved external caste distinctions, like money or trendy possessions, they are not inwardly ready to assume that role. Thus we have politicians who freak out and sleep with their aides or interns, or even middle-class people who periodically drift into trailer park behavior.

But for each one that we see express symptoms of being out-of-caste, there are many more who simply struggle with the role they have chosen that is beyond their ability. In the time-honored human tradition, they then “fake it” by inventing plausible activities and reasons for their choices, and using those to justify otherwise random or selfish decisions.

Like all things modern, this is backward thinking. We look for meaning in the individual, not an order into which the individual fits. The result is as many unaccountable micro-kings as there are people, which forces civilization to use money, power, popularity and moral guilt to keep everyone in line. The result is a pathway to misery and hatred of fellow citizens, but no one thought that far ahead when they made those decisions.

It is unpopular to confront this, but caste is innate, as are all traits. We can refine the gifts we have been given, or choose a dark path of narcissism which will eventually make us sociopaths, but those are choices that modify who we are not invent it. That knowledge is taboo in our superstitious modern time, so we deny it and in doing so, deny ourselves all hope of being appreciated and respected for who we are, not for who we are in the eyes of others.

Screw yourself | “Free” as in doom