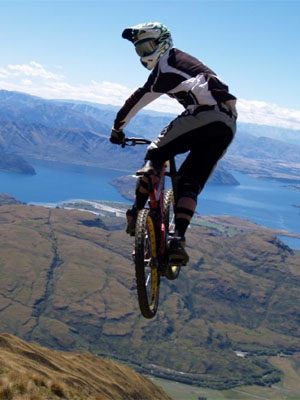 This shows us the radical individualist mindset at work. It is not as simple as ego; ego is in and of itself a decision-maker and a consideration of self as more than raw impulse, thus is a very useful thing. But when the individual devotes himself or herself to radical individualism, the ego becomes a defensive creature.

It is defensive because it has no goal. In fact, its goal is the absence of a goal, so that whims and impulses can rule the mind. This is a blameless state of mind, an eternal present, which at first seems comforting to the individual who has lost his way.

The ego views any part of external reality that competes with these whims as an enemy. The ego wants complete control, so that its whims are more important than its obligations to pay attention to the world around it, and stave off bad consequences. Left purely to its own devices, the ego would create a world of no consequences and no past, so that all that matters would be the present moment and the process of making decisions or expressing whims, feelings, emotions and desires.

Aristocratic societies deny radical individualism and instead operate on the leadership principle. The idea is that a leader must be morally, mentally, spiritually and intellectually disciplined so that he can prevent the impulses of the population from taking over. When impulses rule, commonality of focus on the goal is lost, and all decisions are made as if by committee. The neurotic mind likes this because it conceals its own failings by forcing all activity into a narrow range where very little is truly wrong.

When the Crowd overthrew their leaders, they replaced leadership with the notion of popularity. It didn’t matter if a leader was good; what mattered was that his people found his words compelling. The result has been a series of manipulators who make large promises, deliver very little, blame the opposition and end up millionaires.

Many in the United States and Europe are currently so enraged with their elected leaders that they want to throw them out, or jail them, or worse. What they forget is that these are elected leaders. They managed to get into office by convincing people with their words. But we trust these people to make the right decision. Either these words are witchcraft, and should be banned, or the people made a bad decision. Since it’s unpopular to think the latter, we think the former despite its superstitious and illogical basis.

Conservatism was a historical opposition to this tendency. Instead of focusing on the individual, conservatism focuses on the object to be conserved — nature, the family, heritage, values and wisdom — and thus bypasses and transcends the individual. This annoys the left, who have manufactured surrogate or oppositional issues for all things the right likes to conserve. Instead of conserving nature, we fight for carbon caps; instead of the family, we struggle for birth control; instead of heritage, there’s internationalism; values and wisdom are replaced by political dogma and “science” in the narrowest sense. Conservatism was a backlash against the defensive ego by shifting politics from whim to a derivation of physical reality.

The defensive ego hated that, because the radical individualist impulse is to deny any limitations on the individual, its ego and its whims. It does not see a world of cause and effect, but a static world in which things exist that it may want. As a result, it makes political choices based not on what is likely to occur, but what it wishes will occur; it is blind to any real future, because it only sees the now as it knows it, and the changes it would like to see made to that now.

That type of thinking leads to disasters like the following:

In 1980, a year at a public college cost about 12 percent of median family income; the maximum Pell grant covered 70 percent of that. Today, public colleges cost a staggering 26 percent of family income each year, and Pell grants cover at most a third. Republicans ignore this entirely. Democrats say that without their modest Pell grant boosts, things would be even worse. – “Young Americans Get the Shaft,” The Washington Post

Much as with Congress, there is no one to blame here except the voter. In particular, the young voters are to blame, because it was their demands that made this situation. They saw that college degrees led to good jobs, and declaring reality to be not a zero-sum game, they figured that then everyone could get a college degree and everyone would have a high paying job. A simple study of cause-effect relationships reveals that were that to happen, the value of a college degree would fall in proportion to its commonality. And that is exactly what happened.

The voters have not noticed and are busy trying to find someone to blame. They will probably blame George W. Bush because he seems to be a convenient scapegoat. When the orgy of blame is over, they’re going to look for the next convenient promise that flatters them and makes them think government will do something to allow them to live in the world of whim yet again. They will screw themselves then, as they’ve screwed themselves with education, by engaging in the eternal cycle: see something good, demand it for everyone, and then be shocked and surprised to find that its value — its rarity — has been destroyed.

Products, ideas, trends, memes, communities and even civilizations follow the same cycle. Some good idea breaks free from the pack, and then the pack realizes it wants that idea, so they en masse demand it and in the process, bent it to their ideals. That makes it into the same mundane ideas that were failing before it came along. Now the new idea is equally worthless to the old. This is how humanity destroys itself and the source of its misery.

Bugs | The caste within