“Free” as in doom 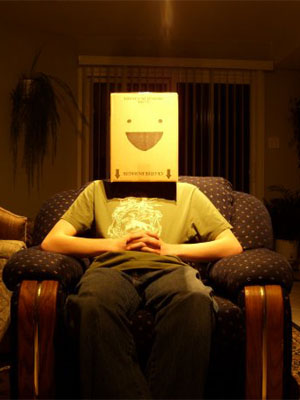 Votes are bought with promises. Promises are best kept as attempts that end in compromise. No one is wrong that way; everybody tried to do what they said they would.

The promises that buy votes tend to be of this variety: look at all that we spend on x, y or z; we could spend that you a, b or c instead; because it’s government money, which is either a microscopic addition to each citizen’s tax load or just printed up like more IOUs, it’s all free!

This doesn’t just apply to money. It applies to any consequence of what is promised. First they demand you think about it relative to what is now, such as “It’s just like our current system, except we give to t, u or v instead.” They don’t like you thinking about what the whole end result will be once it is implemented alongside existing plans.

Democratic governments have refined this to an art. Their individual political propaganda is laughably simple because it simply doesn’t matter. The real propaganda is the idea of the system itself, where people buy power with promises that no one expects them to keep. The voters are trained to see each new promise as an addition to society as it is right now and to ignore the consequences of those new actions.

People line up with each election in a mercenary state of mind. It’s not what’s best for the nation that’s in question, but what’s best for me. The fundamental notion of democracy is that we do not need leadership, but if each person votes for what benefits them, we magically end up with an ideal government.

As a result, people are encouraged to cast aside concern for how their actions will affect civilization as a whole, and encouraged to think in terms of short range personal reward. They think the way they think about products on the shelf, in the here and now, of things falling into their hands.

And it’s all free!

Or is it? In the 1950s, the United States and Europe seemed to be back on an idyllic course, at least if you were in one of the nations that “won” the fratricidal second World War. Wealth permeated the largest population boom in history, and as a result, people had time to sit around and think of reasons to feel sorry for themselves.

They did this in part because with culture and heritage made taboo by the war, religion on the wane, art essentially dead and even intellectualism made dubious by fetishistic novelty seeking, there was nothing for them but themselves. This made them think of themselves as an ideal impeded only by the restraints of society and physical reality around them.

Thus they needed a reason to feel important and justify their increasingly selfishness. A cult of victimhood was born, leading to the lynch mob that demands equality for all, which turns out to be a code-word for tearing down the higher so aimlessness, mediocrity and deviance are tolerated.

As these people voted, they drove an ordinarily vapid cluster of democracies into overdrive. These democracies opted to buy out their own citizens, literally offering them social programs in exchange for political allegiance. The result was a surge of expensive programs designed to create the Utopia of liberal ideals, in which all were equal, no national borders existed, and all lifestyle choices were as valid as any others. There was no longer a “right” way or a “wrong” way. Everything was the same.

While this state of entropy destroyed people from within, the consequences of their social equality drive began to show. First, many more people went to college and entered the work-force. Second, new rules like affirmative action and anti-discrimination legislation made it close to impossible to fire or refuse to hire certain groups, including women, homosexuals and minorities. Finally, in order to accommodate the rebellion against standards, everything was dumbed down and made simplistic.

Generation Y is following in the footsteps of its 1968 forebears. They think these ideas are good; they are following, as one writer put it, the “Pod People: twenty-something metrosexual media commentators who have somehow persuaded themselves that the real world, at least as manifested in the realities of a multiracial society, does not exist.” They have become Pod People themselves: those who believe in an ideology of promises over the necessity of measuring its consequences in reality. They have created a reality for themselves and think that if they all insist it’s real, no one will notice that the new equal emperors have no clothes.

All those equality programs that we thought were “free” ended up being free not as in beer, but free as in doom. Like most bad choices, they had no consequences… at first. The first one’s on the house, the second goes with the flow, and the third is just part of the luxury service. But after that the piper must be paid. Dumbing down education and insisting on including everyone had one massive effect: it devalued the degrees themselves to the point where to achieve the same effect of a college degree, students must now go through twice as much post-secondary education at a much higher cost, since with all these people flooding through education has become a massive industry.

If Generation Y had an inkling of historical context, they’d realize that the same ideas they glibly embrace are the ones that have turned their career prospects into mush. Now that everyone is equal, everyone has a high-paying job, but as if consequences did actually exist in reality, the currency is worth a lot less and those jobs don’t pay enough anymore. Promises were made to be broken, and they’re all free as in you’re free to choose your doom if you’re dumb enough to believe promises are reality.

The caste within | Is power the path to self-destruction?