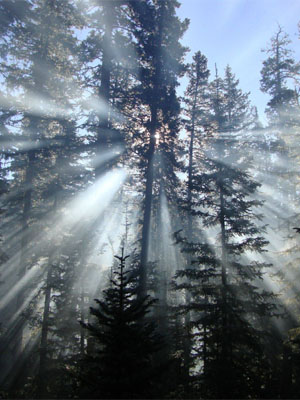 Religion, for most, was always optional.

Something we might be vaguely aware of, and this awareness would temper, to one degree or another, our behavior towards ourselves and others.
When Christianity, in its various flavors, ruled supreme, this was fine. Good enough.
But now? What now? With Christianity under full attack, and in full retreat, right across the western world, what are we supposed to think, now?
Well. Religion was never really a thinking thing, at all, as atheists everywhere, to their glee, have discovered. It never made much sense. To the thinking mind.
What is the point of religion, anyway?

In a word: Reverence.
Stop and consider that word. Go on. Consider it.
Reverence.
Defined, for the most part, as a profound awe, respect and love, usually in connection with The Divine. Whatever that means.
Reverence towards The Divine.
And that is what religion should be about. And does modern Christianity inspire this reverence? Um. Well no. Not really. Not for very many. And why is this?

Christianity has always been nonsense. Sad but true. And now, finally, there is no option but to come right out and admit it. The foundations have cracked and settled, the edifice is leaning, the roof leaks, and sooner or later, down it’s all going to come.

Jesus was not, as he is so often, and so smugly claimed, The One And Only Son Of God. And you can be reasonably certain that he, himself, never claimed himself to be. Others, much later, made that claim. So what was Jesus?
Jesus was a lowly carpenter, born like all men were born, to a woman. He lived this way for thirty years, before the change.
And all that stuff about The Three Kings, and The Virgin Birth? Spin. Sales hype. Hollywood-style manipulation to add to something that would have been far better off, and far more believable, without it.
So, this being the probable case, why Jesus? What made him special?
It is here that we enter my particular area of expertiseâ€¦

Enlightenment.
How Jesus came to be enlightened, we will never know, unless we manage to become enlightened, ourselves. And very few will ever manage this metaphysical feat. Very few have, in all of human history. But some haveâ€¦

Jesus, we are told, went forty days and nights, alone in the desert, without enough food, or water. And that, alone, might have been enough to sufficiently alter his state, that he was able to pass through ‘the eye of the needle’, into a state of being One with Everything. Which is basically what enlightenment is. And this is important to appreciate, because the enlightened being is suddenly aware that he is God, and God is him, and there is neither difference, nor separation between them, nor between anything else that exists.
Yes, you read that right. That is what enlightenment is. And soâ€¦

Imagine this. Some wild-eyed hobo from the desert, claims he is God.
How do you receive this? Do you consider him deluded? Most would. Do you take him at his word? Some would.
Even though Jesus never was making this claim, for himself; he was, in fact, doing something very similar to describing the current weather. He was simply stating fact. This was his new reality, post-enlightenment. He could not contain it.

And so to cut an endless subject, to a suitable length, that was what Jesus was.
And forever worthy of reverence and respect, for achieving enlightenment, at all.
And not The One And Only Son Of God, after all.

The problem, you see, with Christianity, is that it is not true. I wish it were, but wishing it were does not make it so. It is a fabulous fabrication, superimposed upon real people and real events, that has had a very dubious result.
We are taught young, or at least we were, until recently, to fear God.
To merely worship Him, while living in fear of His wrath.
Thereby never making the journey toward Him, to join with Him, because, really, who would make such a journey, towards the source of their fear? Very few. A further consequence of this teaching is that there would, guaranteed, be no more like Jesus. And so Jesus would be, forever, The Only One.

But the very few who have made such a journey, in spite of their fear, have overcome their fear, dumped (or lost) everything they had, burned their bridges as they went, and actually arrived at the source. Became God, in part and in whole. This is fact. It can be done. It has been done.

Better yet: it can be done without being miserable one’s entire life, in a holy-moly quest for Christian purity. Which, as far as I can see, is more than likely to end in failure, anyway. It can be done, in whole, or in part, through one single concept.
Reverence! Remember? Reverence.

There is far more to say, write, discover, know. But not nearly as much as you might think. Because the path towards God is the simplest thing there is. Jesus said it, himself. Apparently. Although it somehow got turned into masses of incredibly arcane mumbo-jumbo by the people responsible for Christianity.
The reality is very, very simple. There is nothing to know, but this:

You are responsible for the growth of your own soul.
Nobody can attend to this for you. It is yours to do, and yours alone.
You can choose to live without a soul, if you prefer.
Many do. We know them as leftists.
But growing, caring-for, and finally setting free your soul, either at death, by default, or before, as in enlightenment, this is the whole and actual purpose of living.
It is, in fact, The Meaning Of Life.

You never expected to discover that, here, did you?