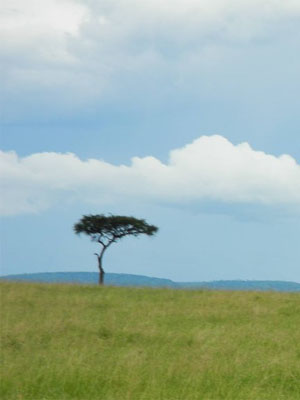 Like the best of threats, it is subtle and never fully vocalized. It is not stated in a form resembling a legal contract or prediction.

Instead it is implied, snidely and mockingly: you don’t want to be alone, do you? You’ll be a friendless loser, and you’ll die alone.

It’s an offshoot of the modern commitment to being bored much of the time and thus writing oneself a blank check to salve that boredom in the pursuit of new pleasures.

Without constant external stimulus, most of our citizens are entirely lost. They need a form of stimulus outside the self, whether a television, a sports game, the linear process of a job or even conversation, which seems to be why many of them are always “talking” on the cell phone even if no actual information is exchanged.

The fear of being bored and alone is a fear of social judgment, in which our friends degrade us for not being as socially successful as they are, but is also a fear of a lack of the substitute for meaning that is derived from external stimulus. This process of externalization replaces meaning by distracting us with social obligations and pleasures, which supplants our will toward specific tasks with a generalized tendency to socialize, and thus makes us “think backward” to justify our social time by inventing goals that it could serve.

It’s like the average person who gets off of work, knowing they have six hours of free time before sleep and another work day. They go home; there’s a guitar, or a potter’s wheel, or a small business to start up, etc. This is what they really want to accomplish in life but they have trouble facing it. Then a friend calls, and maybe needs something or offers something, and suddenly they’re off to the pub again to spend time socializing. On the way home hours later, they rack their brains for reasons their decision was a good one, and for reasons that this socializing time was more important than accomplishing their actual goals.

We live in a world defined by this process of socialization. The foundation of our time is the equal validity and correctness of all points of view and lifestyles. This means that no one can be promoted to a level of being better than anyone else, but that if a person transgresses against what We The People think is important, that person can be downgraded. Thus we exist in uneasy detente with our brothers and sisters: we support their right to equal validity and unfettered individualism so long as they support the same for us, which is predicated on both of us swearing to the dogma of universal equality and validity. We are dependent on social validation because we depend on the herd for our own freedoms.

Instead of having a society where we are each given social roles, we all have the same role. This makes the privileges of that role turn out to be more precarious, not less. Since we depend upon the herd for our validation, and thus for our power and our freedoms, we have put all our eggs in one basket. If the crowd turns on us, we lose everything. In its eyes, we have a binary status: for-us or against-us. The definitions of those can change without notice, depending on the whim of whoever says whatever clever or outlandish meme that the crowd is following at that instant.

The result is that we are forced to pay attention and interact socially with others in order to avoid being caught out by a shift in herd judgment. This in turn teaches us to be dependent on that constant flow of external stimulus. When it is gone, we have no idea what to do with ourselves. We become bored, and to fill that void, we begin doing nice things for ourselves. The boredom serves as a handy excuse to justify shopping, drinking, eating or whatever else our bodily impulses and mental obsessions want to follow. However, the void cannot be filled with distractions. Those only defer the consequences of the disease, not make us well.

When we focus on the self, we cut ourselves out of any actual meaning and condemn ourselves to use surrogates like distraction. Meaning is not a property of the individual alone, but of the individual interacting with the world toward some purpose, like creation or conquest. Without this, we can have luxury, but not significance, and as a result the boredom cycle begins again.

The implied menace of modern society is that if we do not conform, we will be isolated in boredom and loneliness. The grim reality is that we are always lonely, because external stimulus is not meaning but a near-cousin that is easily mistaken for meaning. Perhaps the greatest fear of our time, isolation, is the cure for the constant distraction that keeps us from realizing our dreams.

Remember the fallen | Religion: a primer