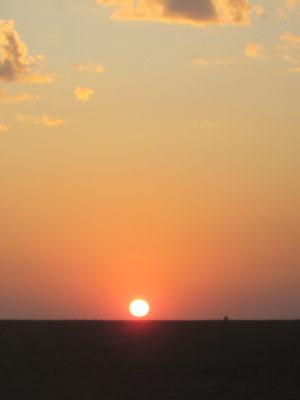 As if designed by demons themselves, humans suffer a number of seemingly hard-wired responses that defeat us by our own hands.

Worse than not changing, the outcome gets more dire. This is because pounding square pegs into round holes not only fails to achieve its goal, but by becoming the activity that consumes our time, prevents us from taking the steps we need to in order to succeed. Not only that, but it frustrates us and makes us enraged, to the point where our emotional reaction obscures the path we need to take.

The West is in transition between an old and calcified liberal order, dating back to 1789 but with origins long before. For over a century, we have assumed that when this liberal order runs into problems, it is a question of tactics and not strategy. If our society’s strategy is to work toward a liberal Utopia, and it doesn’t work, our first thought is to assume that our strategy is universal, and thus that the only problem is with our tactics. This is like attempting to construct a house upside-down, and when it falls apart, concluding that the nails were not the right kind or the shingles were cheap.

People around us in this time are continuing to pound square pegs into round holes. When our wars to bring democracy to other nations, really a way of manufacturing allies against any other type of government, don’t work out we assume that the type of democracy we are using is wrong. When our equality or diversity programs fail, we assume that we need more diversity and equality to make these work. As our welfare states pay out untold trillions of dollars for a net increase in poverty, we conclude that we just haven’t paid enough. Keep pounding and some day, maybe these things will work.

Of course they won’t. What liberals don’t realize is that transition is upon us. Liberalism as a strategy does not work, and no matter what tactics we use, whether free-market libertarianism or central control Communism, the underlying liberalism of those two views will still be dysfunctional. Liberal states collapse quickly; we hate to admit it, but the only difference between our modern welfare states and the Soviet Union is a question of degree. This may buy us more time than the Soviets had, but it doesn’t change our destination if we refuse to change our goal.

Liberalism shows why it is doomed because it has embraced this hammering of the wrong shapes into rigid receptacles which will not fit them. By its very nature, it is a paranoid ideology that sees enemies of equality under every rug. When it runs into problems, its followers immediately try to find someone to blame, long before they analyze their own reactions. The entire ideology is a projection of personal dissatisfaction onto the world and the validation of the same through the agreement of others. This strategy is narcissistic and thus reality-denying, and so now two centuries later we’re seeing it fail across the board wherever it is tried.

When it comes to change in a society, the closest metaphor is that of someone attempting to repair a rug while standing on it. Instead, the person needs to step aside onto some other solid ground, then pick up the rug and fix it. But in the case of civilization repair, this “stepping aside” is intellectual and requires we stop thinking according to the assumptions of the old, dead and dying time (liberalism) and instead go to a more basic level of thinking, like rediscovering civilization itself.

Most people cannot do this. That alone is proof that they should not be making political decisions, because their entire “thought process” consists of memorizing the dominant paradigm and then applying it. If it doesn’t fit, they hammer harder. If it breaks, they blame someone else. They succeed so long as the society around them agrees with their hammering, but eventually that dogma comes into conflict with reality and their Soviet Union falls apart. So much for the notion that we’re all equal in intellectual potential. Obviously most people are not capable of making this decision. If these people had the ability to think their way out of this trap, they would have done so already.

It is frustrating to watch the mindless hammering. Our policies fail, so we make more extreme versions of them. The only people who suffer are the average middle class citizens of our Western nations, because these are the ones who pay the fines, pay the taxes, put up with the dysfunction, and buy their way out of bad government services by purchasing private alternatives. On the other hand, if enough competent people notice the pointless hammering, the readiness for change will come that much sooner.