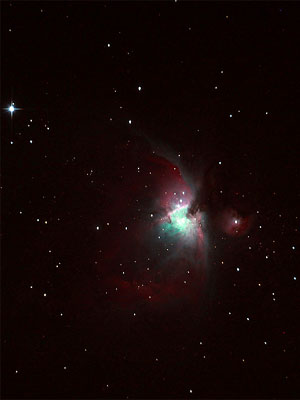 Catchy title, don’t you think?
I don’t know if the term exists, or not, but if it didn’t, it does now.

We are what we believe.

Quantum physics notes (incredulously) that sub-atomic particles behave differently, depending upon who is examining them, and what those different people expect to see.
There is talk, in religion, of every being having a piece of ‘God’ within them. Created in ‘God’s’ image.
Some take this to be the soul. While the more foolish believe that it means ‘God’ looks and behaves just like them.
But whatever it is, it probably has – in some measure – the ability to create.
People create things, all the time. Well, some people.

Apply this to political ideologies, and you get people creating realities, based upon what they believe.
Conservatives subscribe to a far different reality than Liberals.
So which is actual reality? Is there one?

You will hear conservatives speak of the way things are.
Whereas liberals will speak of how things should be.

Perhaps we need some concept of ‘God’ in order to put our own power to create, into a constructive context.
Because, without that, we create alternate realities, willy-nilly, with no thought to the consequences.
These alternate realities, being so often at odds with each other, and with the base reality, itself, can lead, and do lead, to enormous problems, down the road.

I lean, of course, to conservatism. Although I am not a conservative as most people think of that term.
Because conservatism does its best to hold on to what worked, and what currently is working, rather than dream up ill-considered ‘change’ for the sake of it.
Whereas liberalism (read leftism) while initially looking good, always (always!) leads to disaster, and historically to millions of deaths, when it arrives at the communist stage.
Which may be good, if population-control is your thing.
But very bad, if you feel human life is sacrosanct.
And even worse, if you find yourself, personally, on the wrong side of it.

Quantum Reality.
Whatever reality you subscribe to becomes the only one. For you.
So:
A good idea, perhaps, to spend time discovering what reality actually is, rather than subscribe to cleverly-disguised imitations, that, sooner or later, turn into nightmares.