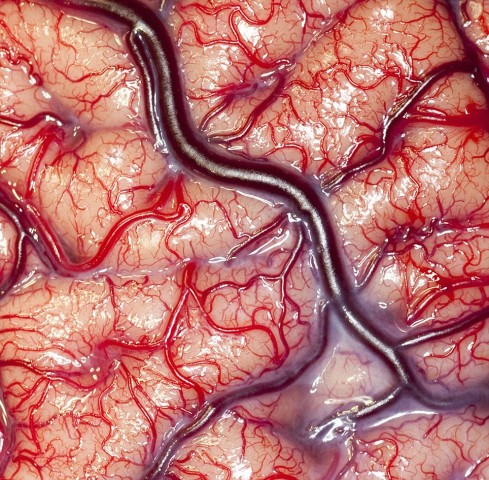 The human brain is actually a life-simulator. Did you know?

It runs simulations of what could happen in real life. What would happen, if…

But people have largely forgotten it is only a simulation, and has, in itself, no life.

They concern themselves with gathering ever more data to input, in order to run the simulation, because the simulation never gets quite life-like enough. But they often demand the data be unquestionably accurate, and verifiable, depending upon how intellectual they happen to be. They demand proof of it being virus-free, and certified, by others, before they will touch it, and load it into the simulation.

Originally, the simulator was a superior way of deciding how best to kill a mammoth, without winding up dead.

Dangerous days, those. Crouched in a draughty cave, with saber-toothed tigers lying in wait, just outside. Only a flint spear for protection, and no armor to speak of. A man could get seriously hurt, trying to feed himself and his grubby clan, without a proper plan of action.

Later, a few thousand years on, the simulator morphed into a sort-of last-ditch means of living a sort-of last-ditch life, if one could discern no actual life to live. Deaf, dumb, noseless and blind, the quadriplegic could still enjoy some kind of existence, by living inside his skull. No need, any more, to venture forth. The mind supplied every need. Well, almost every need. Even it still needed some physical input, occasionally.

Knowledge, truth, wisdom, well, who had any use for things like those, when opinion seemed to serve just as well.

When everything could be rubbed-out, edited, and run as a new instance, who really cared about the effectiveness of anything, or the utility of decisions taken? Not a place of consequences, this simulator. Just reload…

These days, the simulator has all but completely replaced life, and is a highly unsatisfactory end in itself.

People actually believe that there are many realities, and every one of them is completely arbitrary.

You can see how they came to this, and even, to an extent, sympathize.

When safety, security, comfort, and longevity are the overarching concerns, who in their right minds would ever want to take any risks? Clearly, only the insane.

Thus did insanity come to replace sanity, as the barometer of so many societies.
Get enough fakes together, and fake becomes real, while real becomes fake.

Being able to exist outside the termite mound becomes a crime punishable by incarceration.

Bring him back into the fold! For his own good! Take away his life, for a better tomorrow!

So much for thinking. Which is really nothing more than ego, manufacturing its manipulations of what-is, for its own gain and standing. Intellect is not the noble thing it poses as. Not at all. It is ego made Godly. Idol worship, with itself as God. The seedy nirvana of the atheist.

I’ve often wondered, you see, what thinking actually is, since I do so little of it.

The only way to get an objective view of it is to stand somewhere outside the process.

I have. And I do. And now, with a little consideration, and a little contemplation, along with a fair bit of practice, so can you.

Networking | Burying the past and discovering the future