Burying the past and discovering the future 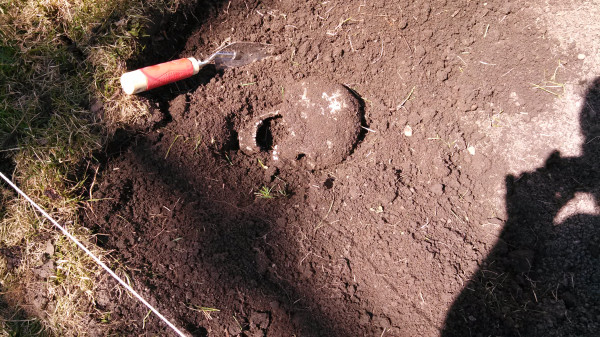 When I look over vast mistakes, the great question is Where does it all begin?

However, I think this is a mistaken way of looking at the situation. Most great errors are always with us, and can be entered upon like a path. You can begin walking at the start of the path, or halfway there, and thus the distance between you and oblivion is variable.

I base this on what I’ve learned of evil. Most people want to externalize evil into a scapegoat, like Satan, the Rich, the Jews, the African-American, the Conservatives, drugs, alcohol, PTSD. But evil is a choice. It is a choice to deny reality for the benefit of the self. It is a denial of consequences or of their importance. Evil does not occur because we intend to do evil; evil occurs because we stop trying to avoid evil, believing that it isn’t within us.

But it walks besides us like a shadow and is attached to us, because any decision we make that is evil results in evil. Nietzsche’s point, in attacking good/evil, was that these are externally defined things much like Satan himself. Instead, we should look at the consequences of our proposed actions, and think whether we would consider the result an evil or not.

Contrary to what the crowd thinks, this is not a mystifying assessment. We do not lack compassion, nor need it. The question is logical: did this outcome make more of the good, the beautiful and the true in life, or did it reduce that amount? Sometimes, seemingly evil acts — taking of a life — result in greater beauty. It may be that if we knocked every hipster to the floor and suffocated them with greased sofa pillows that life would be more beautiful, good and true, and at that point, it’s hard to argue with killing as an act of good, because its consequences would be good even if its method was evil.

People will be talking about Hitler on this day because he went down a path beyond good and evil. To him, the only good was a stronger Germany without Jews and Bolsheviks; he ended up causing the deaths of Germans by the millions, forcing Bolshevik rule on Germany and leaving a people wracked with guilt over mass murder of Jewish men, women and children. Men, women and children… whole families… where have I heard of that before? Oh yes, it was the French Revolution, where for the non-crime of being aristocrats, whole families were beheaded to the cheering of the crowd. That is not beyond good and evil. It is an externalization of evil, or the bad choices we as a society have made, onto a small group so that like the scapegoat we can drive them over a cliff and declare ourselves 100% pure and moral.

As we look back over history, I suggest we stop. Stop looking for the origin of all that went wrong. Realize that what goes wrong is with us always. It manifests in liberalism, but its origin is in the moral choice of individuals to deny reality as a whole in order to focus on the desires, judgments and feelings of the individual. When individuals get together in groups to demand this “right” from society, they form a mechanism known as Crowdism which uses passive aggression as a weapon. By declaring itself good, in that it creates equality and brotherhood among men, it styles anyone else as the enemy. It then destroys them so it can grow like a cancer, making kings out of peasants and hateful tyrants of us all.

Noted British philosopher Roger Scruton wrote about this recently. He has come to realize, as have others before him, that the crisis before us is not the outsiders, but the insiders. It is the Crowdism elites and their support from the groundlings that allows this phenomenon to snowball, crushing all who dare object in the name of common sense. As Scruton writes:

No one could possibly want to attack us, the liberals insist, since we are so obviously nice â€“ at least, the liberals among us. Our enemies are not those who threaten Western civilisation, but those who defend it, since their words are a â€˜provocationâ€™ and their presence an affront. Thus is blame redirected from the aggressor to the victim, and the duty to defend our inheritance turned into a duty to reject it.

Amerika.org has pointed out since its inception that our problem is not the scapegoat of diversity, which would be the minority groups among us, but diversity itself. Further, that diversity is part of the Crowdist impulses to destroy any majority culture or shared values system or heritage that exists, so that individuals have more license and are not constrained by any social order. The enemy is intangible. We must be beyond good and evil, but that is useless if we externalize. This demon cannot be killed. We must reach into our souls, cast it out, and then bring to others the possibility of life without the tyrant within.

Life simulator | The basis of law is justice not obedience