Let’s Hope Robots Take All of Our Jobs 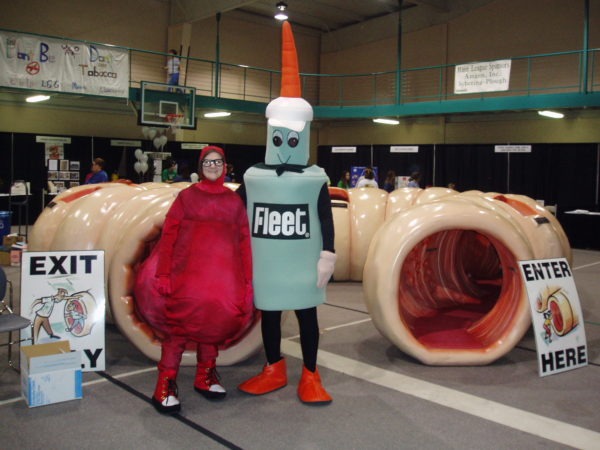 The media, which thrives by panic, and lately, to their discredit, certain Republicans, have been bemoaning the future of automation. They think that robots will quickly displace all of our jobs, including fairly high-level ones, and there is some evidence that they are correct.

I have a different take on this issue: I hope robots take all of our jobs, every last one. First, because since robots are not as flaky as human beings, they will do a cleaner, more reliable job. Second, because we should abolish jobs since they are one of the worst things to ever visit humanity.

Jobs are jails. Most people spend almost all of their waking hours during the week either preparing for or attending their job, at which they do very little of actual import. Most of it consists in performance for the sake of appearance so that others keep the flow of money coming. When bungled, the average job has zero consequences in store for the bungler. It is clear that jobs are obsolete even without robots because if most people stayed home, life would keep right on truckin’.

The modern addiction to jobs spreads misery, achieves terrible results because there is no responsibility to results for salaried employees, and ensures that people never get to relax. Jobs keep us manic and disturbed, living in fear and debt, slouching toward something worse than serfdom.

A tale of modern jobs present a parable:

A story I came back with is essentially the same one that’s been told a fair number of times over the past few years, but is worth repeating. It concerns Stanwell and its remove from Denmark to Italy.

From its earliest days, apparently, the Stanwell workers were paid by the piece. This method rewarded the better, faster worker and all workers kept their heads down and worked. They did not idle. I saw this myself when visiting the factory with Bjarne Nielsen years ago, and not understanding the reason for the rare lack of congeniality, thought that the Stanwell crowd was simply lacking in affability. No, they simply did not want to be distracted from the income-earning activity in front of them.

When international cigarette/tobacco conglomerate Rothman’s bought Stanwell, they decided to give salaries. They probably thought this would allow them to more accurately predict payments to the workers, as opposed to having to tally up individual production each day or week.

Nonetheless, with a secure income, the workers slowed up and production decreased. Orlick, the pipe tobacco company (among other things they own, I suspect) then bought Stanwell, but profitability didn’t increase. When the initial change from piece work to salary was instituted, the old line managers retired and were replaced by new, less knowledgeable people. This switch proved to be just as costly, if not more so, than the change to a salary system.

With the old guard, the factory was visited on a regular basis by the likes of Tom Eltang, the Bang boys and others. It was visited, in short, by the very best pipe makers in the world. The best of the best. These guys came for various reasons. They could hand pick the best briar from the stacks of wood Stanwell warehoused; they would pick up repairs to do for Stanwell (especially Eltang, who did their repairs for a number of years); they would use the Stanwell blaster to sand blast their imperfect bowls. Sandblasting machines are typically too expensive for a single pipe maker to buy. Then, they would sit down with the workers and have a free lunch on the factory. This was not unimportant to a bunch of less-than-rich pipe makers.

Guess what happened at these lunches? Right…people talked and ideas were exchanged. From Stanwell’s point of view, they got design and production ideas from the greatest pipe makers in the world. We all know how beautiful some of those relatively inexpensive pipes were. This exchange of thought was a boon to Stanwell that was invaluable to the brand, but was lost when modern corporate methods were employed. If the new design cost Stanwell $500 or $2000, big money to a poor pipe maker, it might earn Stanwell 10 or 100 times that expenditure. It was a true symbiotic relationship.

Soon, with slower production and no new ideas or energy, the Danish factory proved to be unprofitable and was closed down, with production moved to a large Italian factory. Good-bye symbiosis. I can’t say that the factory in Italy is making bad pipes, but I can say, with the applied knowledge of a European insider, that the refined shapes Stanwell produced in the past can not be executed by the mass maker in Italy. The designs of Tom Eltang, Ivarsson, Anne Julie and others requires a bit of expert, experienced hand work. That expertise and experience is not in a large factory dedicated almost solely to creating big numbers. The above explains the boost in prices on good, used Stanwells. I always thought they were undervalued, anyway. — Marty Pulvers

Jobs replace the free exchange of labor with a collective subsidy not different than unions and somewhat like socialism. Instead of being paid for results, workers are paid for attendance and obedience. This means that the foolish thrive and the useful are ignored. Bosses value those that they can control and easily replace more than those who exceed norms.

This makes life in a job miserable and destructive to the soul. But for machines, no such problem exists. If a pipe-maker creates a quality design, and then a robot manufactures ten thousand of those, the difference to the end consumer is minimal.

Let us hope robots take all of our jerbs. This will produce an immediate catastrophic effect on the human psyche: people will be forced to spend at least eight more hours a day getting to know themselves. They will be forced to ask what makes their lives meaningful, since products will be much cheaper with robot labor.

Across the land, people will get up in the morning and be forced to do… nothing. For the first year, loafing will predominate. They will drink to excess, play the buttons off their video game controllers, watch television endlessly, take drugs and fornicate with other carnies like themselves. But then, something will happen that will terrify them.

They will become bored. None of these stimulations by themselves make a good life. And with the passage of time, mortality sets in. Suddenly they will have decades ahead of them that they must fill. They will not have fancy titles and “important” job responsibilities, or an excuse to boss others around, giving themselves a sense of purpose by being In Control.

People will have to actually spend time with their family members. They will get to know their children, neighbors and friends in detail. They will also come to know themselves, since even in the most television- and alcohol-blasted moments, they will still have thoughts and desires.

They will begin to dream. When everything is easily possible, they have no excuse for not challenging themselves with something that might not earn money, but could make a difference. A barn made of hand-carved wood, intricately etched in designs retelling the tale of an epic battle? A great symphony? Hand-to-hand combat for dominion of a local area? The possibilities will actually be endless.

As far as the economics go, some form of universal basic income in exchange for non-profitable labor will come to pass. Every park will have a guardian, every building a doorman-guardian, every patch of forest a forester. There will be no litter on the streets and no unsupervised areas. People could work for four hours a day on these pursuits and still have plenty of time to get to know themselves.

It could be that in the end of Fahrenheit 451, individuals will become masters of books. They will memorize a single volume, study it in depth and retell it, possibly with improvements much as the ancient Greek singer-poets did. They may, as the European aristocracy did, adopt small scientific pursuits and attempt to explore them in ultimate detail.

People will quickly fall into two camps: those who can handle the existential burden of having nothing to do, and those who so need to be distracted that existence will become hell for them. Perhaps those will turn to roller derby full time; who really cares? Those are the people who clog our current existence with misery.

Now, this is no Utopian vision. It mainly fixes the void of meaning in modern life. There will be consequences as well.

For example, robot pipe-makers replace human pipe-makers, and humans will lose the ability to perform that task because it is no longer needed. Unless he is living by intellectual property alone, through licensing his design, a pipe-maker has no purpose unless he is making luxury objects for those who fetishize “handmade.” This will produce designers who make impractical but distinctive designs.

Another disadvantage is that robot quality will mean uniform service, and will take Social Darwinism out of the equation. If it does not matter how you choose, or where you buy food, because you will thrive the same with any option, people will survive no matter how bad their decisions are. Equal survivability obsoletes our facility for making critical decisions.

There will be solutions for those as well. Perhaps a return to public dueling, or robots that move through the streets very slowly looking for victims to consume, or an ideological movement based on buying hand-made items only. But in the meantime, it will be very silent in the human soul for the first time in a long time, and actually difficult mental decisions will have to be made.