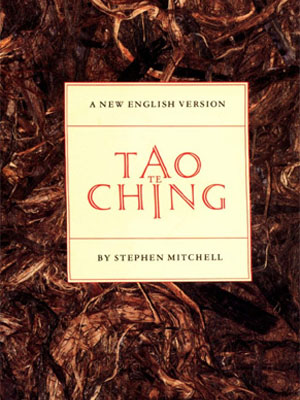 Lao Tzu, it is said, lived about 500 years before Jesus.
Some say he didn’t actually exist, but then, they say that about Jesus, too.
So, for the sake of clarity, let us assume that he – if he existed at all – lived about 2500 years ago. Not that it matters, really, when he lived, for his words, if he wrote them, live on into the present.

‘Tao te Ching’, his words are entitled. Meaning, roughly: The Way and the virtue of The Way. Which, when you consider it, is a pretty fair title. We all wish there was A Way, to which we could subscribe, because there doesn’t seem to be one, any more, as if it all just melted away like snow in the spring, and existed only in days gone by.

But The Way always existed, and always will, and only in the eyes of men did it ever appear not to. But what is The Way, and how to become attuned to it?
Lao Tzu hints – and I mean hints – at the answer to this question.
He speaks in what amounts to riddles, at least to the modern, Western mind, about what is necessary, and what is not, to be in tune with the unfolding of life, and the living of a life that is in keeping with The Way.

He doesn’t tell you how to do it. He hints at how to not-do it. And if that makes no sense to you, then you are in good company, for the Western mind has no concept of not-doing. And this is the very thing that gives the words of Lao Tzu such significance and power. You don’t do it, you don’t do-it. See?

Well, OK. You don’t see. Not yet. If you do, you can skip the rest of this essay.

Stand at the edge of a cliff. Decide you want to be at the bottom. Jump!
That’s an example of doing.

Stand at the edge of a cliff. Decide you want to be at the bottom. Wander downwards, slowly, examining the plants, spotting random insects, enjoying the sun on your face, losing all track of the destination you originally had in mind, and become aware, by degrees, that you have somehow arrived at the bottom.
That’s an example of not-doing.

People are always devouring books, being impressed by lines in those books, and repeating those lines back to others. I don’t know why they do this. I feel, though, that if you must do this, it is important to choose your books wisely.
Most people choose books that complain about things in creative ways.
A few choose books that praise things in creative ways.
I know which books I would choose!

Lao Tzu speaks of wonder. But not as if wonders are rare and unattainable.
His wonders are all around, all the time, yet people somehow don’t even notice they are there.
Others speak of irksome things. But not as if these things are avoidable. These irksome things are all around, and they seek to draw them ever more clearly to one’s attention.
I know which manifestations I would be fully aware of!

Lao Tzu speaks of wells: used, but never used-up.
Of wheels, where it is the hole in the middle that gets the work done.
Of cups, where it is the emptiness inside that holds what we want them to hold.
Of leaders, who lead by not-leading, and are loved by the people.

Best of all, Tao te Ching seems to have been originally written as a kind of joke, as a means to an end, so Lao Tzu could achieve what he most wanted to achieve: to get as far away from everybody else as he could.
A means to an end.
Does that sound vaguely familiar?

The thing that really sets Lao Tzu apart is this:
He teaches you nothing.
There is almost nothing there that you didn’t already know.
And so you don’t end up setting him up, on a pedestal, as some kind of hero.
What he does, is remind you of something long-forgotten.
Something you started out knowing, before that knowing was beaten out of you.
What you come away with is not a new hero, outside yourself, but a new hero, within:

Keep turning right | Why don’t we give it away?