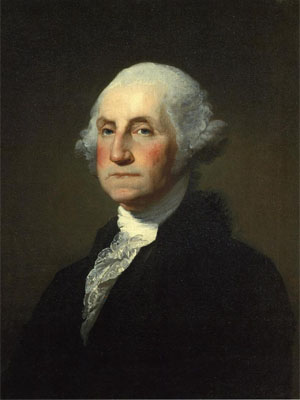 Everything in life is a cycle. We experience cycles as a kind of circle. Keep turning right, and you end up where you started.

The right could benefit from doing this.

As mentioned in other pieces, conservatives are fractured because they don’t know their own belief. They do not have a core statement or summary that explains not only what conservatism is, but why it is a good idea for others to adopt and join.

In the ensuing confusion, conservatism has become a mirror image of the dysfunctional society it seeks to reconstruct. Like our society, the right wing is torn in as many directions as it has members. Without a direction of its own, it allows itself to be defined by its opposition.

As for why self-identified conservatives were much less likely to trust science in 2010 than they were in the mid-1970s, Gauchat offered several possibilities. One is the conservative movement itself.

â€œOver the last several decades, thereâ€™s been an effort among those who define themselves as conservatives to clearly identify what it means to be a conservative,â€ Gauchat said.

â€œFor whatever reason, this appears to involve opposing science and universities and what is perceived as the â€˜liberal culture.â€™ So, self-identified conservatives seem to lump these groups together and rally around the notion that what makes â€˜usâ€™ conservatives is that we donâ€™t agree with â€˜them.â€™â€ – “Study: Conservativesâ€™ trust in science has fallen dramatically since mid-1970s,” Science Blog

This applies not just to American conservatives, but European ones of all stripes. Since the French Revolution, they have realized that liberalism is massively more popular than conservatism. Their response has been to fight liberalism, instead of the harder way to strengthen conservatism.

When a belief turns away from refining itself and becoming more competent, and instead allows itself to be forced into a defensive role of us-or-you’re-wrong, it naturally becomes a cognitive dissonance endeavor. The game is no longer to win, but to be “right” especially if everyone else is “wrong.”

This is a binary endeavor: whatever they do, you avoid. It becomes knee-jerk and makes you easy to manipulate, and means that if they touch something that is true, you reject it along with all their crazy ideas.

In turn, this forces conservatism into an in-group. It is formed of people who agree on the Most Holy Truth (MHT). Others don’t understand the MHT, so the group trusts only itself. The only problem is that it will never grow. It stagnates and dies.

Conservatives must know the the audience we want tomorrow, not our people today. We don’t need to preach to the choir, but to recruit the people out there who we seek to help alongside ourselves. A sensible society lifts us all to greater heights.

This lifting occurs not just economically, but in our perception of ourselves and our value. When we are part of a morally healthy, logically sound and constructive social wave, we feel good about ourselves. We do better work and treat each other better.

That wave can only come from conservatism. Liberalism does not create a wave, except of destruction, because it pulls people apart by insisting on radical individualism. The individual comes first, before nature or its fellow citizens. The result is social chaos as everyone pulls in a different direction.

The editors of Infection and Immunity are sending a warning signal about modern science. Two editorials (1 and 2) published in the journal have given other biomedical researchers pause to ask if modern science is dysfunctional. Readers familiar with the state of academia may not be surprised but the claims have been presented today to the National Academy of Sciences (NAS) that level the following allegations:

‘Incentives have evolved over the decades to encourage some behaviors that are detrimental to good science’ and ‘The surest ticket to getting a grant or job is getting published in a high profile journal, this is an unhealthy belief that can lead a scientist to engage in sensationalism and sometimes even dishonest behavior to salvage their career.’ The data to back up such slanderous claims? ‘In the past decade the number of retraction notices for scientific journals has increased more than 10-fold while the number of journals articles published has only increased by 44%.’ At least a few of such retractions have been covered here.” – “Dysfunction In Modern Science?,” by timothy, Slashdot

Our society can crush your soul with the futility of its practice. We sell our disciplines to the highest bidders, then wonder why they are corrupted from within. We sabotage our own motivations with money, popularity and trends.

The right-wing can crush you with the futility of its dogma. It moves in a false circle: from dogma to its opposite and back again. Like the election cycle every four years. Nothing persists, nothing gets built. We uphold the system and not much more.

The right wing needs to grow in order to overcome the disproportionate popularity of liberalism. Liberalism will always be more popular since it is permissive, and because it assumes nothing can wrong with that, it provides an easy way to blame our problems on whoever is in authority at the time.

Conservatism needs to restyle itself as not a resistance movement, but a forward movement toward a different type of society. We cannot let liberals define the discourse and the solutions.

Instead, we must paint a picture for people of a new world, and extend our hands to invite them in, and restart the cycle in earnest once again.