Why don’t we give it away? 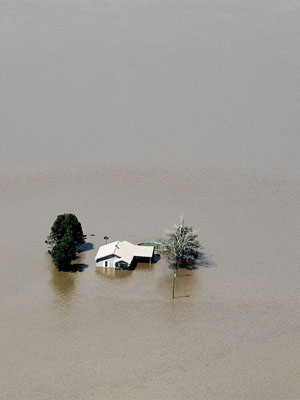 At the moment their career turned from underground indie band to mainstream rock band with commercial potential, Georgia-based R.E.M. penned a song with the title “Why Don’t We Give It Away?” While it’s unclear what any of their songs were about, the sentiment remains popular.

Among the Baby Boomers, who were born in the years immediately after the Anglo-American victory in WWII, this sentiment became a sacrament. It was how you became accepted by others: you advanced this pleasant-sounding ideal. Why don’t we give it away?

The statement itself combines two ideas. One is a sense of finding purpose in life by helping others, or through altruism finding self-respect. The other is a type of exhaustion, a sense that “it” is as much slavery as liberation. Someone else should manage it. We’re tired and need a break.

Between their depression and their need for self-affirmation through altruism, the Baby Boomers did give it all away on a grander scale than had ever been attempted before. A manic need to enfranchise, subsidize, include, articulate, incorporate and ultimately adulterate all classes of people ensued.

This wasn’t unique to the Boomers. It started in the 1920s, when the “lost generation” partied themselves silly because they saw no future. World War I had announced the dark end, it was felt; there no longer was meaning, only industrial warfare and a slow grinding for domination of political forces. The kings were dead and with them died the sense of organic nations that had an actual purpose other than money and power.

By the time 1937 rolled around, those spiritually exhausted parties were also socially exhausted. The system failed and the Great Depression reigned. As a result, Socialism/Communism began to make more sense, and the anarchist-rebels of the 1920s became genteel Reds sipping imported sherry at country clubs.

These people were given a quest in World War II, and they fulfilled it grimly out of fear at first, and eventually out of a sense of renewed meaning. Our lives have purpose again, they thought, through this great struggle. But when it went away, nothing but wealth and 9-to-5 jobs remained.

They passed this bitter, sandbagged, cornered, hopeless mentality on to their children.

As spawn of this great tectonic collision of historical forces, the Baby Boomers were born exhausted of anything but themselves. Government had failed, and with Communism showing its true colors, ideology had failed. There was nothing left but shopping and careers.

They rebelled against this, as any sane generation would. Unfortunately, they had no new ideas, and so they ended up going back a generation to the 1920s and agitating for not Communism but its gentler variants. They went left. And they gave it all away.

In our modern world, we can see the results of this. Our society is spread thinner, like (as Bilbo says in Lord of the Rings) “not enough butter over too much bread.” It is exhausted. We have included everyone, but this means the power to make decisions rests with no one. It is a slow, grinding, exhausting system.

Giving it away had other consequences. There are more people in the workforce, so jobs are both competitive and boring. It is no longer a challenge of intellect or strength, but of hours marked on the chart. That’s “hard work” in our new parlance.

Ostensibly the United States won the Second World War. Post-war developments do not suggest that is true. In addition to the great political fragmentation of 1968, in which the left and right permanently divided and the sense of “our country” evaporated, giving it all away has resulted in a massive regulatory and welfare state — a Nanny State.

This Nanny State exists because nothing unites us except political and economic participation in a place. As a result, we need a strong police force to keep us in line, because there are no cultural standards to do that. We need advisory boards to protect us from ourselves, since no one knows anything any longer.

Since modern people are told that nothing is true without facts and figures, let’s look at the factual consequences of giving it away. More prisoners per capita than any other industrialized nation. Only 65% of our people are employed. Over half are impoverished.

Did we spread it all too thin, by giving it all away?

These figures resemble not a single country, but two countries. It’s a first-world country attached to a third-world country. Since 1968, the leftist plan has been to keep giving it away, to try to unite these two countries. But all that will do is bring them both down, and then the country will collapse.

Perhaps we should instead consider our motivations behind giving it away. Did we do so to try to help others, or to try to let ourselves off the hook for having to run an empire? The Romans got exhausted, too, and they gave it away for the same reasons we did.

Lao Tzu | The Intelligence Paradox: Why the Intelligent Choice Isn’t Always the Smart One by Satoshi Kanazawa