Kant’s categorical imperative, Biblical law and the popular notion of the “golden rule” 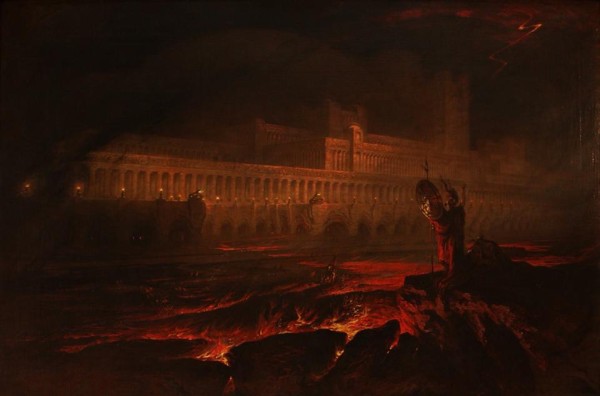 In our New Agey and left-leaning time, people look toward justifications for their beliefs. The core of almost all of them is altruism or egalitarianism, which holds that we achieve the best social order by lifting up the lower so they are “equal” to the rest.

Notwithstanding the grim fact that equality appears only in mathematics and never in reality itself, this belief — which is likely merely marketing of oneself through a process like advertising through highly public good works to conceal private acts of selfishness — often seeks justification through the “golden rule” as in theory formulated by Jesus Christ and later Immanuel Kant. Usually this is described as “One should treat others as one would like others to treat oneself” or a similar reflexive self-referential, and thus modifiable, standard.

That simplistic look, like most simplistic looks, misses several important distinctions between these two formulations and conceals the greatest secret of all, which is that the golden rule is not the “golden rule” as interpreted by most of the ham-fisted narcissistic self-interested manipulators out there.

Kant’s statement occurred in three different formulations, the second two clarifying the first as is the tendency among philosophers:

The immediate difference that leaps to the eye here is the first statement, which does not say “treat others as you would like to be treated” as widely assumed, but speaks of “universal law.” In other words, as the second statement clarifies, treat others how you think nature should treat them, i.e. according to behaviors that you think should be defaults and constants of the world, like gravity, temperature and the like.

Kant being somewhat more aware of how easily language is misinterpreted than Christ, but not yet to the point where he recognizes that a rabbinical or monastic tradition is the only defense of any language against the tendency of the herd to project themselves into it and corrupt it for their own ends, does not speak of a self-reflexive interpretation “as you would like to be treated.” He knows that this will rapidly devolve to changing preferences about how the individual wants to be treated, adjusting expectations to fit reality instead of holding higher standards. Refining this to a law of nature removes the personal utilitarian interpretations.

On his third formulation, Kant introduces one of the questions that lives with us today on a regular basis: means versus ends. He states a parallel between the individual and other individuals, and suggests that they be treated as ends alone. This does not, as widely assumed, suggest that treatment be equal or that it facilitate what any individual does; this statement exists within the context of universal law, and so becomes convergent on Plato’s “good to the good, and bad to the bad,” because a universal law would not allow bad to be done to the good, thus must dissuade and remove it with an equal and opposite reaction.

At that point, Kant has moved very far from the populist statement of the golden rule, which is “treat others as you would want them to treat you” and yet has amplified it greatly, by adding the corollary “such that this treatment would be fair to anyone.” The populist golden rule takes a self-referential look, which makes it a matter of “subjectivity” (a fancy term for adjusting expectations to results). The Kantian formulation speaks instead of to the individual to fairness itself.

As explained long ago by a college professor, the classic test of the categorical imperative is when the secret police of the State knock on your door at night. “Is Dave here?” they say, and you know that they mean to haul him away and imprison him. In the nitwit populist viewpoint, the golden rule has you saying “No, Dave isn’t here” and shutting the door, because you (the glowing, golden ego composed of yourself as seen through the eyes of others) would not wish to be revealed in that situation. But Kant adds another wrinkle: what is fair? For example, if Dave ran into your house after a night of rape, murder and mayhem, it might be a horrible idea to shield him. Then again, if he was raping, murdering and beating horrible people, perhaps it is best to shield him because what he did was in fact good or at least permissible.

The Bible establishes a similar clarification but phrases it in entirely religious language, which makes it inscrutable to most:

Translated, this says, “What you wish others would do to you, do to them.” This formulation phrases the question in reverse from the populist rule which begins with the act of doing and extends it to the reflexive “as you would have them do to you.” As a result, this formulation reads more like a general prescription than a reaction to the necessity of another acting on your person. It is clarified by the second set of statements, which refer to it in the context of loving God; Christ draws a parallel between the two but places the first as supreme. Loving God with “all thy heart/soul/mind” leaves no room for loving self, and suggests as an addendum that one should also love the neighbor in the same way. In other words, be selfless and treat them as if they were selfless too. This reverses the self-full populist golden rule which seems like a mandate for generous treatment, and restores it to the Kantian domain of universal roles, but transfers the ends from human beings to God. For those of us who see God as more of a natural order and divine pattern underlying all of existence, this means to honor the order of reality more than the human wishful thinking perceptions of what it is.

In this light, Kant’s statement looks like typical Enlightenment fodder: remove the focus from the patterning of the world, or its mechanical and informational order that makes it function as it does, and shift it to human preference. He puts a band-aid on that with his own references to natural law (universal maxim of nature) but leaves judgment of it in the hands of the individual. The Christ message starts instead by affirming natural law through God and demanding that all humans serve the same role underneath it, which is not a description so much of method of treatment as of treating humans according to their place in this divine order. In that formulation, it is a maxim to minimize the human ego, not enhance it like the populist golden rule by giving domain to the ego.

What is fascinating about this comparison is that it occurs between three versions of what is “in theory” the same idea but turns out to be radically different. Here is the populist conception of the golden rule:

Treat others as you want to be treated.

This places moral authority in the individual, who can simply say that he prefers anarchy where people steal whatever they can find and that he prefers this because it is reality and thus what he accepts and has adapted to, therefore his theft is not only permissible but moral! A fascinating inversion but entirely predictable giving the vesting of the moral choice in the ego.

The Kantian imperative counters this with the idea of universal law, so that it is no longer a question of how you want to be treated but what humanity would look like if this rule applied to all people everywhere. We are now approaching the domain of the wise Moms who, when their offspring justify an infraction with “But Johnnie did it first!” will say wisely, “If Johnnie jumped off the Empire State building, would you follow?” In this case, the question is whether an individual preferring to jump off the Empire State building — “as you would like to be treated” — should apply to all others and the finding is that common sense (a surrogate for natural law) should trump personal preference.

At the end of our investigations, the Biblical interpretation of this law takes this natural law predominance even farther. Love God; be selfless, and treat others as selfless. In other words, entirely cut out the dated and moldy Enlightenment-era advertising and go for the order that has worked for time immemorial and always works because it is logical, instead of what you or someone else wishes were true. Together these formulations provide a fantastic contrast to what is popularly regarded as the golden rule and reveal it for the masturbatory excuse and justification for bad behavior that it is, cloaked behind a masquerade of warm fuzzies and happy feelings.