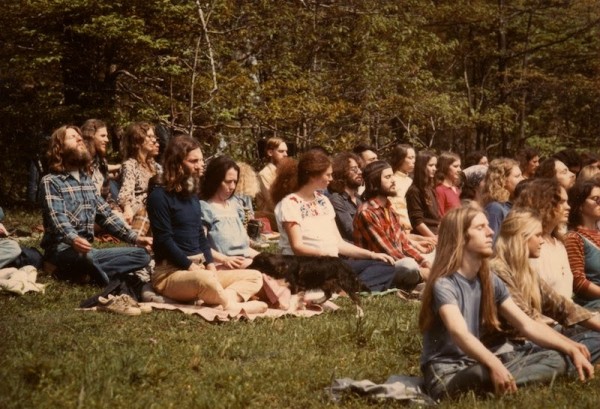 Whenever reading about the failure of a large entity, whether a corporation or civilization, the temptation rises to ask aloud why no one noticed what was going wrong

The answer can be observed in any organization: political activities, or behaviors which are aimed not at direct results, but solely at holding the group together. The corporate retreat, group hug, and nastier versions like public executions and show trials all fit in this category. As do the leftist favorite of “raising awareness” and the political rally or group discussion of funny things liberal comedians said on TV last night.

Political activities also represent a warning sign. The presence of political activities reveals two problems. First, the group is not holding together well and requires constant conditioning to stay together. Second, a real-world problem or need is being ignored in order to enforce the herd.

The best political activities are totally useless, completely polarizing and comically absurd. If they are useless, they can achieve no damage by failing. Activities that are polarizing both unite the group through finding an enemy and serve to weaken that enemy, in addition to providing an excuse for failure; any lack of achievement is immediately attributed to the enemy working against those participating. The ludicrous nature of most of these activities provides a further insight into their use. Those who engage in humiliating and pointless activities succumb to a Stockholm syndrome-like condition where they must justify their participation, and thus rationalize it as having meaning when it does not. This forces all participants to both turn off their brains and view their self-esteem as contingent upon the success of the agenda.

As an empire dies, political activities — activities that serve no other use than to unify the group — increase in direct proportion to the dysfunction arising from a lack of shared goal. Such dying empires start to resemble cults, in which all activities serve to brainwash the population into not noticing failures of its own narrative, and increasingly punish those who deviate from the official explanation. As the West spirals down into dysfunction, activities like “political correctness” and “social justice” fit within this framework and constitute a form of scapegoating where enemies are chosen at random as a means of unifying the population around something negative, since positive agreement no longer exists.