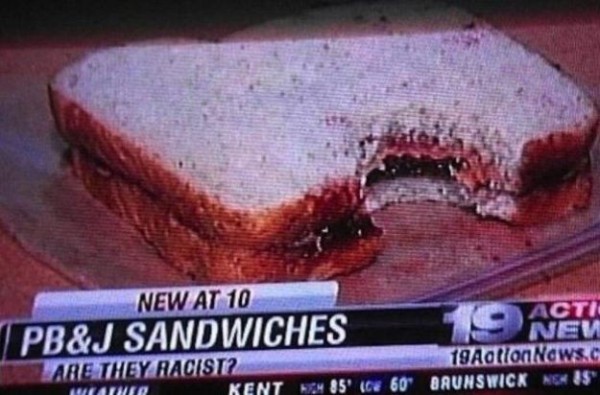 Humans are proud of our big brains. This is what sets us apart from the animals and makes us special. At least, that’s what we think is true.

Opportunity cost however comes with all advantages. Thus every strength is also a weakness because in order to have that strength, something else was displaced. In the case of humans, big brains means that we live inside of them.

Witness a cat for example. This majestic creature lives in a world of quasi-mythology and meditative somnolent beauty. If it has thoughts, it projects them into the world and sees them among the butterflies, swaying grass and tasty rodents.

Humans do the opposite. We take the world into ourselves and make a little diorama out of it in our brains. Then we project that mental map onto the world and claim it as reality. We then compete over who has control of the map.

The grim fact is that there are two realities, but only one reality. Inside our heads, there is an internal reality composed of thoughts that manifest in electro-chemical signals and thus are very much a part of reality. However, they are not communicated past the skull barrier. Outside of our heads, there is an external reality composed of the interaction of all known objects according to natural law. We are still learning how this works, although in every age we have claimed to have mastered it.

Nature however exists in a state of perpetual restlessness because it does not want to stall or enter an infinite loop of unknowable answers. Thus it pushes back against the vague, making it finite, and displacing other finite to make more vague. Thus nature always wants answers, and there can be only one decider of them. This is external reality.

A useful tool for clarifying internal and external reality is the venomous snake. No matter what you are thinking, the snake is thinking of its own needs. Thus if you are intoxicated, and pick it up (the cause of most snakebites), it may bite you. In an instant your internal reality will be reconciled with external reality; you will feel a sickening vertigo as your mind races to cover the gap between what you thought you knew and what you now know.

The disease which afflicts humanity is invisible. It follows us wherever we go. It is hiding inside us. It is a bias toward internal reality, which in a seeming plot twist includes the internal realities of others as shared through language, image and social interaction. Whenever we gain enough power, our tendency is to push aside external reality and to try to make our internal reality predominate. When groups do this, it forms a phenomenon named Crowdism which can manifest in any form, but from which all liberal movements are derived.

What most of us do not understand is that nature has built in a trap for us. All of life is ridden with traps, in fact, to keep that which is not thoughtful from rising above the level of servitude. The biggest trap for humans is that if we as individuals do not learn to discipline our tendency toward the fallacy of internal reality supplanting external reality because it appears so to our big brains observing themselves, we become delusional and, in defensive posture, tend to associate with other delusionals. That group then serves to re-inforce its members’ illusions, becomes Crowdist, and because it is threatened by reality, attempts to seize power and legislate away reality. Every democracy is this way, but so is every neighborhood PTA group where a few delusional types seize power. The problem isn’t a question of system of government, but whether the people in charge are delusional or not, regardless of how they came into power. When delusion replaces reality, crash — and in our case, civilization downfall and possible self-extermination of the human species — is not far behind.

David Brooks recently made a powerful point about growth. We start out ignorant and prone to following our impulses, he says, but we can learn to control this over time and even develop depth of personality which some might call “soul.” Similarly, we start out in life unable to control our limbs, unable to speak, and generally useless. Over time we learn how to push back against gravity, to work with the physics of our limbs, and to organize our minds to produce speech and use logic (whether logic is intuitive or not is another question). Classic conservatism takes this further and says that we are here in life to develop depth. Our goal is to learn right from wrong and more importantly, to learn why this is so. To understand that wrong leads to consequences that produce a pointless and ugly life, where right leads to truth, beauty and goodness. In the classic conservative view, society is an extended family that helps urge us toward making sensible decisions and protects us from those who cannot control themselves (or, as in the most frequent cases, do not wish to).

The Crowdist view — and all liberalism — exists to escape this burden. It is designed as a justification, or after-the-fact reasoning, to support the initial impulse of people to break away from the moral challenge and the challenge to grow some depth within themselves. Instead of reaching out to external reality, it shuts it out, and in order to drown out the insistent reminders that it exists, paves it over with internal reality projected into social tokens. The group gets together in order to agree on what their shared internal consensual reality is so that they may blot out that threatening external reality.

This presents two challenges to you, dear reader. The first is that you join me in the attempts to grow depth, moral reasoning and a soul. I would be an ass and fatuous pretense of a human being to say anything but that I am a learner barely beginning this process. The second is that we take a long hard look at our society. Most of us live in denial of its decline, but there is no reason for this decline except the selfishness of others who are too afraid, selfish and defensive to embark on the path of self-development and thus recognition of external reality. We must help them along, by any means necessary. Whether it is a kind word or a bayonet in the back really matters not. We are fighting for our survival.

You cannot educate the fool | Appeasement has never worked