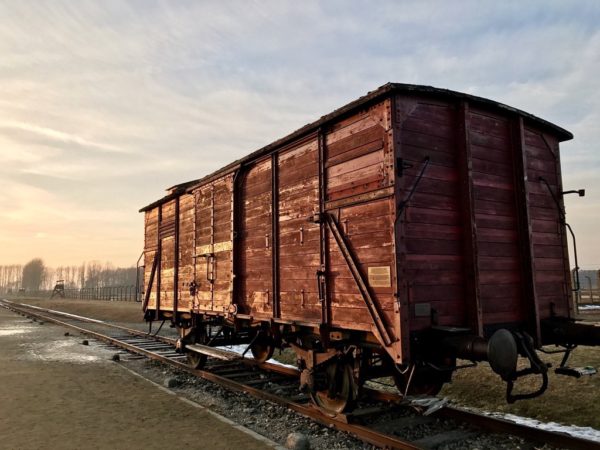 Logical fallacies prove useful because, like many studies of the human animal and its mind, they reveal common pitfalls of cognition and analysis. They are less practical in arguments because they tend to get applied as rubber stamp style deflections, and are often misapplied, which leads to a need to analyze the fallacies for fallacies.

Of interest are a series of illusions which boil down to a very simple idea, namely, the imposition of a false binary on the world. In this mental error, it is assumed that there are only two states of outcome, with one excluding the other. This is called a false dilemma or false dichotomy:

A False Dilemma is a fallacy in which a person uses the following pattern of “reasoning”:

However, this fallacy is not absolute; see the warning on “rubber stamping” above. For example, “Either we are suffering from global warming, or we are getting wiped out by pollution.” Both could be false, but if one is discussing evidence of some kind of breakdown or decline, and it is limited to two sources, this might not be a false argument.

More commonly you see this one as a vernacular expression of support for a program. “Either we adopt Obamacare, or we face revolution as people go bankrupt from healthcare costs,” for example. There are other options to these two, but the person arguing is hoping to exclude all of those possibilities in order to argue for his case against a weaker opposite.

Compare this to the Slippery Slope quasi-fallacy:

In other words, the person arguing asserts that an event will lead to an extreme. This is a quasi-fallacy because it can be true if the intervening steps are true, which occurs if the final state is merely an intensification of the initial state. As historical examples show us, decisions have momentum, and if there is not a reason to stop a policy, it merely accelerates.

These two fallacies are very similar in that the person arguing is claiming that two extremes must exist. Either X leads to Y, or X does not lead to Y, with no variation in between. Since either of these may be false, we quickly slip into false dilemma or false dichotomy territory in the analysis of this fallacy.

For that reason, not every use of slippery slope is a fallacy; X can lead to Y, but depends on other data to be verified, unless (for example) we are looking at a historical pattern. At that point, referring to slippery slope as a fallacy is a form of the false dilemma or false dichotomy.

Now let us look at another example, the motte-and-bailey fallacy:

For example, I claim that our physical bodies would not exist unless we perceived them through a social lens [strong ridiculous claim]. When you rightfully tell me I’m full of horse shit, I respond by saying, “No! I’m only saying that we understand bodies through a social lens.” [weak trivial claim] You agree to this, because it’s damn-near common sense for anyone who has thought about the issue. I then go on to say, “Therefore, not only gender, but biological sex itself, is socially constructed [follows from strong ridiculous claim], because biological sex is understood through the lens of gender [follows from weak trivial claim].”

In other words, with two claims X and Y, a condition of X or Y is asserted, with the idea that failure of one leads to the other. This enables the person arguing to backdoor the stronger claim on the basis of the weaker one through the implication that the two are related.

Translating into false dilemma, this becomes X->Y or not (X->Y) for the sake of arguing, essentially, that we either accept the linkage between the two, or we negate both claims, which also negates the partial truth stated in the weak claim. An implied false dilemma or false dichotomy thus exists there.

All of recent history comes from using a false dilemma to deny slippery slopes, such as “immigration leads to genetic replacement,” which are in fact logical because the final condition is only an increase of intensity of the starting condition, and their replacement with the false dilemma of “partial truth or not partial truth,” therefore the strong claim — which is not an increase of intensity, but a widening of scope — must be true.

On the other hand, it would be ridiculous to deny the slippery slope, since history shows us that when a population makes itself available to unlimited immigration, it tends to get replaced. The vast number of mixed-race societies across the globe are proof of this, with none of them showing signs of reversal.

For this reason, we come back to the accusations of false dilemma that inevitably follow when it is argued that immigration must be restricted. “Either we restrict immigration, or we are abolished,” sounds like it might be false, except that when one sees that the initial conditions lead to the extreme, the real false dilemma clearly lies elsewhere.

We are frequently told that “We either take immigrants, or we are abolished by low population, low revenues or lack of diversity.” This shows all three fallacies at work: a false dilemma in that we have other options, a false slippery slope in assuming that population or revenues will continue to fall, and a motte-and-bailey that has us assume that since immigration has some advantages, it is necessary.

Now we get to the big point, for which all of the above is prelude.

Leftism itself consists of a false dichotomy. Its origin, equality, comes from the demands of class warfare brought on by a splintered leadership structure. The argument advanced is: “Either we make people equal, or class warfare destroys us.” This fails because there are many options in between.

This argument fools us because there is a partial truth inherent to what is being said: class warfare is a threat. You can see the “first strike advantage” in that the person offering the argument presents it as an option, and then implicitly disclaims all other options, in an inverted form of the motte-and-bailey argument.

A little more reduction shows the false dichotomy inherent in this. They are arguing, in effect, “Accept my plan or all other options will fail,” which naturally is not proven. In this, its naked state, the argument stands revealed for the fallacy that it is, even if it is buried under several layers of misdirection to conceal its raw nature.