For a change, the Right should demote loudmouths 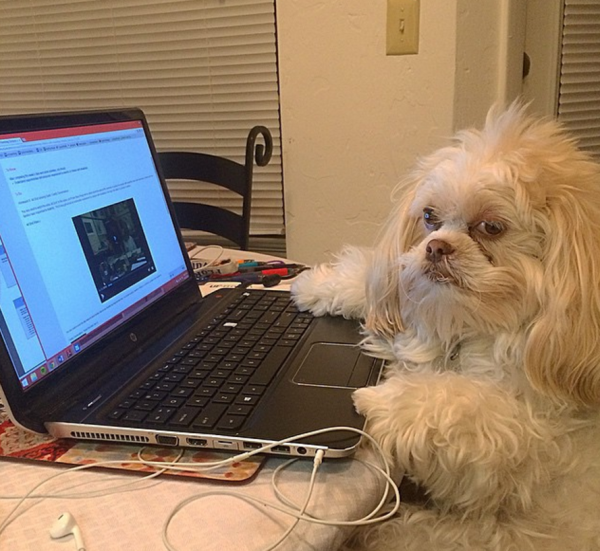 The Roosh V drama brought to light a troubling aspect of the Right, which is that we tend to give credence to angry, simplistic voices demanding ideological when we should look toward more realistic solution. These “loudmouths” infest every right-wing movement and inevitably drive away good people because they are fanatical without reason.

Against Roosh they raised, repetitively, two basic points: he is not white, and he writes about casual sex. The first point is non-serious, since anyone who is saying anything that supports our viewpoint is an ally and keeping them out because they are not of Us is the most reductionist form of nationalism. We should accept truths found anywhere and make them work for us. The second is something I find troubling as well, but when I see a voice that is partially broken and partially fixed, especially if it has gone from broken to mostly fixed, I see an ally who is only improving in clarity. We all have our mistakes to regret.

More importantly, however, the loudmouths clarified their role as destroyers. Simplistic approaches to our task result in “policing” of membership as a means of selecting only those with strong simple statements of ideology, which produces fanatics who cannot consider any of the subtleties of applying their beliefs — and are thus likely to engage in the thuggery, sneering superiority complexes and other behavior which will drive normal, well-adjusted people away. Loudmouths destroy the right by sacrificing its future audience for its present clubhouse mentality.

Strong statements appeal to the right because we face a mental virus, liberalism, which succeeds because it is simple. Liberalism boils down to a single idea: individualism, or the notion that the individual should not be accountable to social standards or results. Phrased as “equality,” this belief polarizes people because it appeals to their fear of being insufficient or wrong and demands they be included and tolerated despite mistakes. Conservatives have always thirsted for a similar statement that in its simplicity conveys strength.

At this blog, it has been suggested for many years that conservatism is not actually that much more complex. We have two basic beliefs, realism and transcendentalism. Realism means we take the world as it is and act on it according to its order, not our desires for what “should be”; transcendentalism means that while doing so, we steer ourselves always to what is best and not merely utilitarian or adequate. We have the simple, clear path we need.

However, as any realist will remind you, people are unequal — and minds are unequal. Each person understands what he can comprehend and those at the lower end of the curve will over-simplify to their level of understanding. In human groups, the tendency is to go after emotional statements or ideologically extreme simplistic ones because those are easily understood.

For this reason, the Right must police itself, but not in the simple “blue team vs. red team” way that the loudmouths desire. We need a hierarchy where the more accurate voices come out on top, not the clearer (i.e. simpler, louder, angrier) ones. We do not need to replicate Fox News in the alternative Right, new right, underground right, etc. We need to return to the days of statesmen and orators where the whole truth was heard.

We can see the loudmouth travesty play out wherever conservatism appeals because liberalism has failed. A normal person goes seeking answers, and gets back a rant on God, guns and the flag (plus “working hard” at do-nothing, pointless jobs). Someone goes to a white nationalist and instead of finding a working solution, encounters angry people who are more concerned with harming other races than promoting their own. Naturally, people of sound mind flee from these crazies, which gives the crazies the clubhouse they want: everyone inside must bow to their authority now, or be driven out and called nasty names.

In my experience, most of these loudmouths are only partially extracted from liberalism. They are still seeking the great simple ideological imperative through some kind of victimhood status. If given power, they will degenerate conservatism into a right-flavored form of liberalism as a result. Our hierarchy needs to push the loudmouths down to the bottom where they can stop driving away everyone who does not share their simplistic perspective.

As conservatives, we are grim realists who can understand that diversity, democracy, pluralism and equality are illusions which will never work. We can see that our society is in full decline and must be arrested by radical action. But we are not radicals for radicalism’s sake, which is what the loudmouths are, nor are we acting out emotional fantasies as they are. It is time to recapture our initiative from these people who will destroy it.

2016: Why capitalism is in the crosshairs | Conversations about Dark Organizations