As simple as that 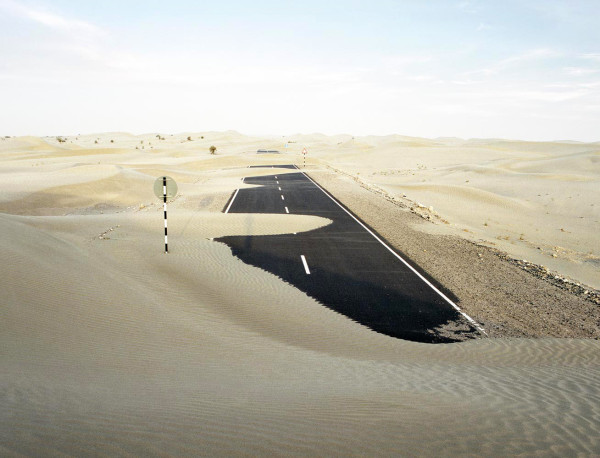 The most basic of all questions, underlying everything we know or think we know, is really a simple one: What is real, and what is not?

Everybody has an answer to this, though few may be consciously aware of it: Reality is that which we act upon.

Our actions are real, because every time we act, in even the smallest of matters, we reveal our being to ourselves and the world. We either choose to interact with the world, or we choose to withdraw into the mind. The manner of our (non)participation is the only thing there is, in this life, for us.

It is said that the the moment before you die, you see your entire life flash before your eyes. Most of us won’t experience this before our time has come, but it is still an useful idea to meditate on for some clarity. Imagine your whole life summed up in one single moment, and there you’ll have your answer to the question.

When some religions proclaim the world to be an illusion, it is because it mostly is. Most of the things people like to talk and think about are inessential, because we as individuals are unable to act upon them.

Take for example this common trope: “The world is ruled by the 1%.” That’s not implausible; most large groups are ruled by relatively small groups within them. It is in fact unexceptional in every way that 1% should rule the 99% because of the mathematics of the situation. A large group cannot come to consensus, while a smaller group can, thus every society on earth bigger than the tribal level has involved ruling elites.

But that’s what makes it a perfect trope, you see. It’s like a group of people protesting the sky for being blue. Their mission is tautological; the goal is not the stated goal, but the protest itself. It is an excuse for an activity, and a social excuse for not being influential. On the surface, they’re protesting the great “oppression” of us, the innocent and impotent masses. In actuality, it’s about self-image.

For all but a rare few who have transcended this type of thinking, protests identify something to complain about… and, more importantly, someone to blame. Most people don’t want freedom; they want an excuse to be in chains and have it not be their fault. So they invent these grand illusions, and retreat into themselves with the greatest excuse of them all: “That’s just how the world works. Nothing to do about it.” And thus inaction wins out.

Supposing the world is run by the 1% — the 1% who knows how to get their act together and work with what they have, instead of standing around the watercooler complaining about their evil oppressive boss, who won’t give them a raise for doing nothing. (Being influential in the world doesn’t equate with being rich, by the way). Is the problem that this 1% are oppressive, or that most people by seeking excuses instead of action are self-oppressing?

There are always things that aren’t optimal, and I suppose even the billionaires of the world can find stuff to complain about. But then again: there are also always good things. Are you still breathing? Do you have clean water to drink (for now, at least)? Do you know just one person that you like and who aren’t completely insane? Well — that’s a good starting point. No reason not to be content with that.

From there, you can always look at the world around you, and consider your options. And then — act upon them.

There are always options and there is always some way to act on them. Just stop for a moment, think about it, and be creative. You’ll come up with something if you really try.

Concerning the great injustices of the world: There are a lot of things that we, as a civilization, are doing wrong, no doubt about it. But the only solutions to these are long term, and none of them imply sudden, revolutionary change. It’s not about doing one or two big, drastic things that’ll set the system straight once and for all. It’s about doing many many small things, that’ll largely go unnoticed by the world.

Don’t expect a medal or some great reward; it’s not about that anyway. It’s about doing what you can, and what you know you should. If more people did, even only 20% of a society, our problems would be greatly reduced.

Only when you act toward a goal will you be able to face that final moment with the knowledge that you lived and acted in accordance with reality. And you may even have inspired a couple of others to toss out some illusions of their own along the way.

It’s as simple as that, and it’s beautiful just the way it is.

Does media unite malcontents into a political force? | Of bad writing and free markets