Of bad writing and free markets 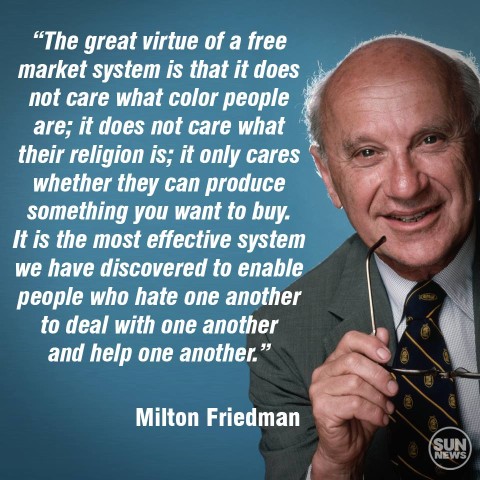 Modern writing is truly atrocious. Content is sacrificed to form, which is repetition of tropes in new form more than any sort of inventive fiction. Style and voice are dead, subsumed to the need to be quirky, oddball, and ironic… and yet, it all reads the same. Let’s hear it from this week’s trend article: Why I Bought A House In Detroit For $500:

I made my kitchen counters out of century-old maple floors, rock-hard and pried from an abandoned soda-pop factory by a neighbor. I plucked my kitchen cabinets from a school that was being demolished. Aside from the cabinets made from old-growth oak, strewn about the school were beakers and other science equipment, books splayed open like dead birds, desks, marble slabs in the bathroom, granite tables, chalkboards that still contained notes. It looked like some catastrophic event had stricken the nation, nuclear war perhaps, and the teachers and students had fled at a momentâ€™s notice. After I got out what I could, it was all pushed into the ground with a backhoe. They say the functional illiteracy rate in Detroit is nearly 50%.

This is what I like to call the “NPR style”: dumb it down, make it a cliche, and then throw in just enough cultural confetti that only those who are “educated” under the new regime can recognize what’s going on and appreciatively clap their elite little hands. It’s shibboleths for the self-congratulatory chattering classes.

Never mind the fact that in the past, writing meant communication of information in an interesting way, not carving away and distorting the information to make it interesting. This article barely tells anything of the process of renovating this home, but gives us a grab bag of vignettes and metaphors.

Such is the problem we face when it comes to communicating conservatism to a mass audience: they are brainwashed and brain-dead, expecting to be spoon fed simplistic truths in stylish packages. They think in one dimension only, and thanks to decades of self-esteem counseling from our schools believe themselves to be good judges of writing and critical thinking.

This leads us to the question posed by the image above, which is an oblique take on the what-is-conservatism question: is conservatism a defense of free markets only?

The reason I turned to conservatism from other viewpoints is that fundamentally, conservatism is a reality-based philosophy. I could not under leftism “prove” any of the things I knew to be true because leftism is formed of an artificial reduction of reality to a simplistic version of itself. No other political philosophy availed itself to me, either, since all political ideas are derived from the two opposites: reality-based (conservatism) or human-based (liberalism).

Conservatism is that reality-based idea which is the basis of non-utilitarian consequentialism: we measure things by their effects, not our intents. Thus we pay attention to how to achieve certain results and we are (very) suspicious of unproven assertions that come coupled with wildly positive claims, as such things are almost always scams. One way to describe liberalism is as a scam, or at least as clever marketing: it promises universal social and political acceptance and offers absolutely zero method of making that work, other than a vague assertion that human nature will change in this new found age of Enlightenment.

Enlightenment? They’ve been promising us that scam for five centuries now, and we have yet to see it. What we do see is that the more we follow the Enlightenment path, which might be called radical individualism or egalitarianism, the more nasty and frustrated people get. The more accepting we make society, and the less clear we draw the lines between wanted conduct and unwanted conduct, the more people become selfish, criminal, petty, lazy, slovenly, vandalistic and unlikely to lift a finger for anything but their own immediate self-interest. This is because the Enlightenment, which proposed human individualism as being more important than a natural or divine order, was a scam and remains so. It’s a friendly bon mot delivered to the herd to make them feel good about themselves, and a secret handshake they can use to advance each other. “Bill’s a good believer in the perfectability of humanity and universal goodwill, might as well put his name on the list for a management position.”

This is why Enlightenment and conservative ideals are at odds. They’re hard-wired to be incompatible. And this is why conservative ideals are broader than economic policy or fiscal policy alone, or even together. Conservatism is a framework for understanding life, a background philosophy to all philosophy, a sense of finger to the nose guidance when confronting the unknown. It is not as simple as liberalism, which is either egalitarianism (1789-1945) or egalitarianism with state subsidy (1965-present). All liberal policies flow from this one simple idea.

This shows us that conservatism is an ur-theory that underlies economics, but does not limit itself to free market economics. What then is the conservative approach to markets? The options are few: we either allow them to be free, or we attempt to “manage” them which requires entrusting a bureaucracy with even more influence over an economic system than it has through the passing of permits and licensing of street addresses. Since that’s a terrible option, we endorse free-market economics. We also, per both our sense of Platonic justice — good to the good, bad to the bad — and Social Darwinism, endorse markets as they parcel out reward for performance, instead of for merely being human as all liberal systems from Democrats on up through Communism want us to do.

The quote above is a classic example of bad writing of a different type:

This passage very cleverly hides the question that Mr. Friedman wants to make sure you never ask which is, “What is the value of having people who hate one another in the same society?” He focuses instead on talking about how neutral free markets are as a system, and how in this state of great freedom, the vast democratic experiment will work… he hopes.

It’s time for an update to Friedman here. Conservatism embraces free markets, indeed. However, it does not do so at the expense of trumping its primary principle, which is paying attention to consequences. Under that principle, societies allow markets and government to dominate over organic principles like culture and identity are just as doomed as those who think that forming a coalition of people who hate each other is a viable plan.

In fact, if we remove ourselves from the fuzz of contemporary thinking — the same fuzz that trains us to accept both these examples of terrible writing as “good” writing — we can see how laughable an idea this is. Yes, let’s form a nation of people who hate each other. And then we can use product sales to control them.

As simple as that | The antidote to guilt