Does media unite malcontents into a political force? 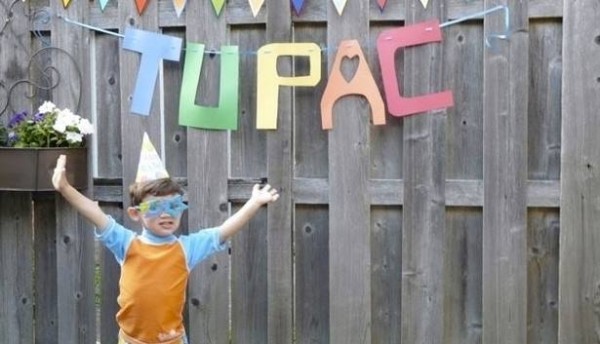 It’s hard to avoid thinking ill of our news-entertainment media. Not only does the news-based portion give proportionately less coverage to Nixon-level Democratic scandals than it does to minor Republican scandals, but also, the entertainment-based portion seems to be working on people as well.

It’s easy to manipulate through emotion. Some of us would say that all of liberalism is a giant sales con based on the idea of “equality,” which feels good to people and alleviates their guilt for any material success they might have, thus making it popular among the wealthier. But underlying liberalism is the idea that we’re all the same so we can all get along, and that tends to be based — as any kindergarten teacher can tell you, and probably will repeat in evenly-spaced syllables — in empathy. Empathy is the idea that you see the other person’s suffering as your own. In theory this would be a good thing, but it removes all sense of proportion, and utterly cripples us by making us unwilling to make choices that might upset someone. Unless that someone can be categorized as bad, and we have a few helpful categories (Hitler, pedophile, terrorist) for that.

In the meantime empathy in films is used as a way of back-dooring liberalism into your mind:

Viewers who are â€œnot preparedâ€ to be critical about what they are seeing on screen were more likely to experience a â€œleftward shiftâ€ in attitudes when watching Hollywood movies with an underlying liberal message.

A team of political scientists at the University of Notre Dame in Indiana set out to explore the power of political messages in popular films, and found that they â€œpossess the ability to change attitudes, especially on issues that are unframed by the mediaâ€.

Like guilt, empathy is a great manipulator. It blows things out of proportion. People in the grips of empathy tend to say things like, “Stop the trains! Someone somewhere is suffering!” while missing the fact that no matter what we do, someone somewhere will be suffering. We can’t stop them all. This is a result of empathy being personal. Consider the other person’s suffering as your own. Thus, any pain is like the worst pain for you, so you will demand it stop. What stops pains? Nothing, since many of them are arbitrary or self-imposed. But liberalism promises to! It brings equality and its handmaiden, wealth redistribution, to end those pains. Perhaps the people who are suffering somewhere will still be suffering, but we’ll buy them iPads or give them aid packets.

This is how movies make it inevitable that you, your children, your wife and anyone else you’re foolish enough to allow to watch these movies will gradually brainwash those people into being liberal. Empathy is an absolute; it’s not a flexible or balanced standard. Even more, it’s a narcissistic one, rooted in the individual. What results is that actual thinking and feeling are replaced with a social reflex, like saying “bless you” when someone sneezes. People begin to see it as necessary to be liberal to be sociable.

Media has now found a new expansion called “social media.” Like the television walls in Ray Bradbury’s Fahrenheit 451, these are interactive forms of media. You get to participate with your favorite stars and, by the same mechanism that creates empathy, you project yourself among them by identifying with them. More on this from the social media misadventures of Lady Gaga:

â€œOur work tends to focus on studying audiences who are maligned or consider themselves awkward,â€ said Melissa Click, assistant professor of communication in the MU College of Arts & Science. â€œIn our study of Lady Gaga followers, we found that she uses social media not for promotion but rather as a communication tool with her fans. She shares personal and â€˜insiderâ€™ information through social media and develops feelings of intimacy with her followers. By revealing her embrace of her own differences and unusual behaviors she allows her followers to embrace their own differences.â€

Click and her team found in some cases emotional support was a matter of life or death. Researchers interviewed several fans who identified as gay, who had eating disorders, who considered themselves different or who were taunted relentlessly. They reported that Gaga instilled strength in them through her acceptance of their differences, which gave them a reason to live. In addition, the social support network Lady Gaga fosters encourages her followers to be more charitable to each other, Click said. Often fans create support communities that allow her followers to encourage and inspire others in times of difficulty.

Observe the star, participate in the event, and then act like the star and in your mind, you are the star. How many times have you heard “You can be the star!” in advertising or on a television show? It’s the inherent promise of all popular culture media and it creates a cloud in the heads of those who partake in it. Project yourself, and join the crowd doing the same thing, and then you’ll get your share of the social importance. It is the essence of egalitarianism.

In Lady Gaga’s case the menace is even more left-leaning. She is gathering up those who feel a lack of acceptance and gifting them with acceptance on the basis of empathy. This creates a group that does not think. In any situation, they favor the perceived underdog. In every situation, if someone is inconvenienced, they see injustice. As a result, they form a kind of ad hoc lynch mob that takes down the perceived injustice. The problem is that often these “injustices” are not unjust. While some of them are unfortunate situations, the “solution” is usually worse than the situation. Further, this group is blind to the culpability of those who suffer, so they are like a corrupt court rigged to choose only one option. This is how liberals like it: a captive vote-bought population.

And yet Americans, even vastly conservative ones, rack up the movies, music and popular books and hand them off to their families in vast boatloads. If we are looking at a conservative future, our first effort might be to purge these crypto-traitors — pop media and mass entertainment — from our midst.

Ideology replaces reality | As simple as that