A school trip to Saxonia 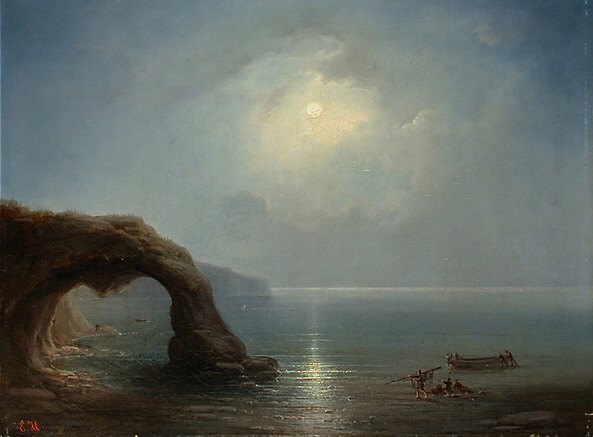 Xiao Chen had waited for this day for weeks. Nonetheless, she was almost late for the great event. After half an hour of preparation, a thick layer of makeup concealed every minor imperfection on her skin, and she hurried on her bicycle to school. The teacher, Mrs. Wu, seemed to anticipate that the girls would be late and for once tolerated this truancy.

As the bus was still busy charging behind the school, she instructed her pupils on what to expect. “Saxonia is about 200 kilometers from here, so it’ll take us about three hours to get there. It’s only accessible by bus. I looked for another option, but this is the fastest we can get there.” Odd as her calculations might seem to us at first, she was correct. The legal speed limit on most highways was 80 kilometer per hour, in an effort to conserve energy.

Mrs. Wu continued. “Now students, please remember that this is meant as an educational field trip. You’re not going to Disneyland. There will be questions about this on your history exam next week.” Xiao looked at her best friend to the right and rolled her eyes. Both girls giggled. “Lucy, did you bring the vodka?” She asked. Lucy nodded. A small bottle, concealed in her bra, would serve to make an already exciting trip even better.

The girls had stopped paying attention to their teacher’s boring monologue, but snapped back to attention when it seemed she was nearly finished talking. “So be warned, if I see any more of that behavior like we saw at the Fitna memorial, I will have to call the principal and ask him to cancel our next field trip. Did I make myself clear?” The students responded in unison: “Yes, Mrs. Wu.” “Alright then, students, go ahead and get your coats now.”

The journey proceeded mostly non-eventfully. Riding tightly behind a big truck for most of the journey, the artificial intelligence that controlled and coordinated the journey managed to shave a few highly valuable percentage points off its energy expenditure. For a human driver, burdened with a human reaction speed, this feat would have been highly dangerous to pull of, but human drivers were of course a rarity for this very reason.

The bus left the highway and continued its journey on a small provincial road. “Music, louder,” Lucy said. The heavy metal that played in the bus became even louder, then Mrs. Wu stood up and reprimanded the girl. “Lucy, I heard that was you. Cut it off or you can write an extra assignment.” She warned her before nearly falling down as the bus came to an abrupt stop.

The bus had encountered a big toll booth. “You are entering a federally designated indigenous reserve,” stated a big wooden sign on the side of the road. It was tough to make out for the passengers, as the sign was overgrown with vines and various mosses. A middle-aged man of coffee-colored complexion with blonde curls entered the bus and began to check everyone’s ID.

“Look!” Lucy said to Xiao, as she gently pushed her elbow into her side. Xiao looked at the man’s chest, where a little metal hammer bounced up and down on the hair of his chest as he wandered through the bus. Xiao bit her lip. “Oh my God Lucy, you’re such a slut!” Lucy exclaimed. The girls giggled. The man, who was used to worse, pretended not to notice them.

The journey continued, but the quality of the road rapidly deteriorated. The bus began to bump up and down. Out of the window, abandoned and squatted buildings could be seen, as well as overgrown farmland, where two young blonde women in white dresses were gathering wild flowers to put into their hair. “Oh my God, look at that!” Lucy yelled, upon seeing a tree growing on top of a small abandoned office complex. “They’re going to have to cut down that tree at some point, or the whole roof is going to give in,” Mrs. Wu remarked.

Finally, after traveling over a small hill, a big sign on top of a wooden palisade became visible to them. “Saxonia” it said. The students hurried to the doors before the bus came to a stop. Two statues of tall, bearded and shirtless blonde men carrying a spear and a shield stood on opposite sides in front of the entrance. A metal sign attached to the palisade wall spoiled an otherwise impressive sight. “This project was made possible thanks to European Federal Union subsidies for indigenous development,” it said, but none of the passengers paid any attention to it.

A short while later, the students entered a big wooden hall. Here various items were shown that an early medieval Saxon household would use. A big wooden statue in the middle depicted a woman and her children crying. “The massacre of Verden,” it said. The placard provided a detailed explanation of the massacre of 4,500 heathen Saxon men by the Frankish king Charlemagne.

Because the hall was rather crowded, other students visited a small stone building instead. “A typical late 20th century German household,” read the placard. They were presented with an impressively designed scene of a small blonde child playing with a Lego castle, while a woman sat on the couch with a bag, removing the outer layer of some Brussel’s sprouts. A student pressed a button and the child’s hand moved slightly, as a high-pitched children’s voice told a story of a knight looking for a dragon in authentic German.

In another room an elderly man in a three-piece suit watched as Mrs. Wu struggled to discipline one of her students. “I didn’t say Heil Hitler, I said Hey Hitler!” Fang said to Mrs. Wu. “I don’t get why you kids still pretend like this is some funny joke, when this man killed millions of people. Well, I guess I can’t blame you, this stupid exhibition treats it like a joke too,” she lamented.

“Pardon me. Is there a problem?” A voice from behind her said. The man in the three-piece suit gently took a step forward, as Mrs. Wu turned around. “We don’t deny the Holocaust, but we didn’t wish to overemphasize it. This was simply a different era. Remember that the Japanese committed far worse atrocities against our own people back then,” he stated.

“Are you the director?” Mrs. Wu asked. “I am Li Pan, the founder,” he replied. “When I set up Saxonia, the youth unemployment rate in the indigenous reserve was fifty percent. Drug abuse, suicide and genetic dilution were rampant. That’s what a century worth of self-castigation does to a race,” the man responded.

“You see Mrs. Wu, white people were simply not made for the modern world. This is what their society struggled with on a continual basis. What to do with this vast population of people whose jobs were taken over by machines? They had no good answer. A few of them could be taught how to program in PHP or in Python, but most of them had no such desire. Nor did the white women particularly desire to have children with men who spent their days massaging a keyboard. They had to import people from Asia to do it for them.”

“If they don’t have something meaningful to do, they become neurotic. Same thing happens if you confront them with some unfortunate historical facts. Whereas most people will try to deny it or rationalize it, these people start to descend down a self-destructive guilt complex, so when we built the museum, we simply decided to present history to them in a fashion that works,” Mr. Pan continued.

“And so you tell them that Hitler simply had no choice other than to invade Poland, because the Polish army had mobilized?” Mrs. Wu responds, as she looks at another exhibition. “We don’t want them to embarrass themselves. Remember that the indigenous resistance spent roughly sixty years rendering itself irrelevant by referring to him. If you present Hitler as just another historical figure, he becomes irrelevant to them,” he explained.

“Look over here, Mrs. Wu, what do you think of this?” The man says, as he points out another exhibition, featuring statues of bulky white men with ponytails, beards and black jackets. “Sons of Odin” Mrs. Wu begins to read. “Sons of Odin was an indigenous resistance movement. It became prominent when it claimed responsibility for the murder of six men held responsible for the sexual assaults in Cologne, usurping a variety of other organizations and pushing the fractured political landscape of the various resistance movements in a decisively Heathen direction. Sons of Odin would go on to play an important role in enabling the Fitna by assassinating scientists involved in vaccine development,” she continued.

Mrs. Wu sighed. “I get the idea, but I can’t help but think that this whole project you have built is awfully patronizing to white people. You merely help reinforce the scientifically dubious idea that white people can’t fully participate in society when you shield their eyes from anything that doesn’t paint a flawless picture of their history. What’s wrong with simply explaining to white people that whatever might have happened in the past will under no circumstance ever necessitate their collective self-abolition? Don’t you think these people should at some point be returned to self-governance?” she continued.

“It might be a scientifically dubious idea to you, but it works. Despite thousands of years of agriculture in Europe, white people overwhelmingly descend from egalitarian hunter-gatherer communities. Whereas in China there were no barriers to the advance of civilization, the collapse of the Roman empire, the Norman conquests and various other episodes of enormous upheaval continuously replaced people well adapted to civilization with people who were genetically effectively still stuck with one foot in the stone age.”

“They might be intelligent and innovative because of the skills needed to thrive in the Scandinavian environment from which most of them originate, but they are obsessed with the concept of fairness, easily bored by repetitive tasks, allergic to authority and sexually promiscuous. These are unfortunately all values that simply threaten their survival within our advanced stage of civilization. There is no other option than to treat them like the human equivalent of a Giant Panda,” he explained to the teacher.

Mrs. Wu looked out of the window. A bearded muscular man with long hair, complete with Suebian knot, held a sword-fight with a skinny Chinese boy in a black T-shirt with German words on his back as a number of girls looked on. “Very good, you’re learning fast” She heard the man say, before she was surprised by a hand on her shoulder and a voice that whispered in her ear: “They’re happier this way.”

Mrs. Wu was silent for a moment before she responded: “Perhaps we’d be too.”