A Gentler Interpretation Of Natural Selection 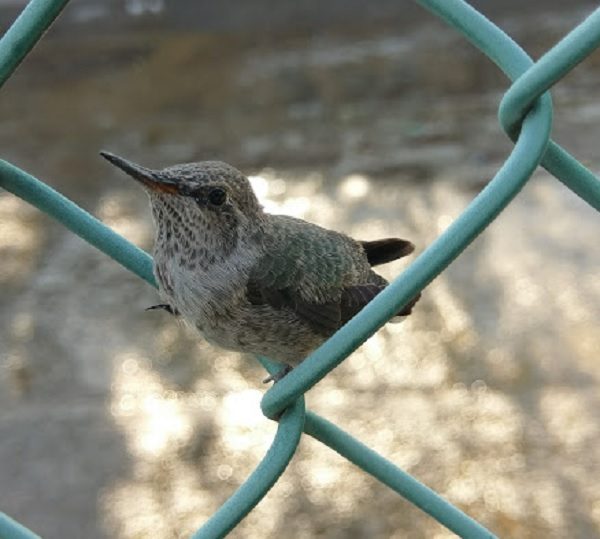 It is only due to a predominance of influences that are not only entirely morally indifferent, but indeed â€” from a human perspective â€” indescribably cruel, that nature has been capable of constructive action. Specifically, it is solely by way of the relentless, brutal culling of populations that any complex or adaptive traits have been sieved â€” with torturous inefficiency â€” from the chaos of natural existence. All health, beauty, intelligence, and social grace has been teased from a vast butcherâ€™s yard of unbounded carnage, requiring incalculable eons of massacre to draw forth even the subtlest of advantages. This is not only a matter of the bloody grinding mills of selection, either, but also of the innumerable mutational abominations thrown up by the madness of chance, as it pursues its directionless path to some negligible preservable trait, and then â€” still further â€” of the unavowable horrors that â€˜fitnessâ€™ (or sheer survival) itself predominantly entails.

His general point is worth attending: equality means no natural selection. Everyone is accepted equally, and that means that civilization spends its effort attempting to save every last person, no matter how unworthy of saving they are. It is not accepted to ask, “Is this person useful?” only to note that they are human and therefore, need to be treated equally to any other.

This leads to absurdities like protecting criminals, nurturing the homeless, diversity and social systems that save people from themselves. Equality is rejection of natural selection because the possibility of a natural selection event (NSE) terrifies the human individual. If you want power, tell people there will be no natural selection, and they will follow you forever.

However, despite the Fred Nietzsche and Cormac McCarthy appeal of the above, it slightly exaggerates natural selection, which works through a standard distribution like many other things. Most are in the middle, subject to chance; some are on the far right, and are masters of their fate; the broken are on the far left, and those are eliminated.

According to management theory, this bell curve reflects performance or applied theory: 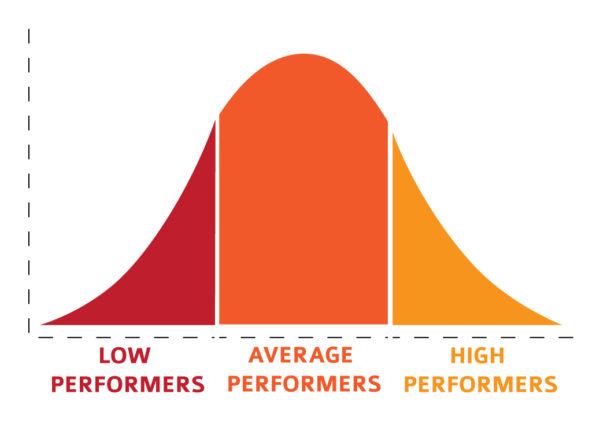 In the wild, performance reflects how well an organism understands reality. Each organism has a mental model of the world which allows it to predicts the results of its actions; some succeed, most do adequately and suffer random events by not being in complete mastery, and some are inept and are most likely to be killed off.

Natural selection works by several mechanisms, then. First it trims off the incompetent. Next, it encourages those in the middle to rise to the top for stability. And finally, it uses those in the top as both a goal for the others and breeding stock to pass on higher traits to the rest. Eventually this results in highly similar populations, sort of like “equal” but not quite.

Bruce Charlton notes that in stable populations, the main threat comes from the accumulation of deleterious mutations. In a population which has reached stable status, the dominant threat seems to be too much equality, or that when everyone is baseline competent, other negative traits are allowed to survive by virtue of that general competence.

This parallels the life cycle of civilizations: a struggle to become established, a peak of ability, and then a long slow decline as the wealth, power and competence of that civilization allows the deleterious mutations to accumulate, precipitating an eventual population quality crash. Any egalitarian thinking triggers this decline.

Evolution is probably not as cruel as people think. Most creatures survive, at least above a certain level of competence, and those who find specialized niches tend to thrive. What determines survival is not so much the fact of breeding itself, but being toward the right of the bell curve, where the offspring will be reared better and part of the species that others seek to emulate.

What is cruel, however, is what happens when we suspend quality control. The medieval monks valued poverty for this reason: it forced each decision to become crucial, so that no bad choices could ride along with the good. In our present time, we are seeing the negative results of too much wealth and power, and the sooner we correct this, the sooner competence returns.

How Religion May Tear The Right Apart, Again | Cassandra And Josiah