Mobs are like old age homes: they bring together people who are sure they were wronged.

So instead, blame someone else.

A lawsuit against a Baltimore police officer — who was famously recorded on a YouTube video yelling at young skateboarders at the Inner Harbor for calling him “dude” — has been thrown out by a city judge.

“The family is incredibly disappointed, and feels wronged,” attorney William P. Blackford told WTOP. “They’ve had their day in court taken away.”

The video shows Officer Salvatore Rivieri, who was assigned to the Inner Harbor patrol, putting Bush in a headlock, pushing him to the ground and threatening to smack him for what the officer says is a lack of respect.

OMG this is horrible, this cop is an oppressor, the courts are siding with him because of a wall of blue.

Bush said he did not hear the officer’s orders to stop skateboarding, which were given before the 3 1/2-minute video starts. Bush said he was wearing headphones and missed the command.

If you don’t pay attention to reality around you, problems occur. Including this. Cops, who have to deal with many citizens daily trying to get them to not do crazy stuff, don’t have the time to break their momentum to wonder if you’re doing something stupid like obstructing your hearing.

And there are many more, every day. If you shut out reality, sometimes it bites you in the ass. How hard is that?

What was once considering a normal rite of passage, typical curiosity that the newly sexualized young have about themselves, their bodies, and the bodies of others, has become a heinous crime. Not long ago a curious adolescent or child, caught exploring, or playing doctor in the back yard, was given a talking-to, sent to bed early, and warned to not do it againâ€”a warning most heeded for at least another few years, after which time warnings were useless. Today, it has been criminalized, and criminalized in a way far exceeding crimes of violence. A youth who has sex with another youth, even if voluntary, could well face legal sentences far worse than if they had killed their friend.

We’re all victims here! These kids were just trying to explore their sexuality. And who would deny themselves that pleasure? Surely it’s innocent.

Last December I passed a paper along to Razib showing that high-school age adolescents with higher IQs and extremely low IQs were less likely to have had first intercourse than those with average to below average intelligence. (i.e. for males with IQs under 70, 63.3% were still virgins, for those with IQs between 70-90 only 50.2% were virgin, 58.6% were virgins with IQs between 90-110, and 70.3% with IQs over 110 were virgins)

In fact, a more detailed study from 2000 is devoted strictly to this topic, and finds the same thing: Smart Teens Don’t Have Sex (or Kiss Much Either).

The team looked at 1000s of representative teens grades 7-12 in the National Longitudinal Study of Adolescent Health and The Biosocial Factors in Adolescent Development datasets, both of which include an IQ test, and include detailed sexual experience questions ranging from hand-holding to intercourse. As with the other study there was a curvilinear relationship: students with IQs above 100 and below 70 were significantly less likely to have had intercourse than those in between. Also like the other study, they found teens with IQs ranging from 75 to 90 had the lowest probability of virginity (the authors note this is also the same IQ range where propensity towards crime peaks).

The most productive members of our society are more chaste, having discovered something other than physical pleasure to drive them through life. Again we see, as in sexuality in general, how deferring pleasure in order to accomplish goals is the sign of the productive; everyone else is along for the ride.

As a new mother herself, Brenda Lohman admits to being shocked by the results of a new study she co-authored. It found that among nearly 1,000 low-income families in three major cities, one in four children between the ages of 11 and 16 reported having sex, with their first sexual intercourse experience occurring at the average age of 12.77.

“So if 12 years was the average age here, that meant that some kids were starting at 10 or younger,” said Lohman, an Iowa State University associate professor of human development and family studies (HDFS). “A handful of kids reported having sex as early as 8 or 9. We know from our follow-up interviews that one boy who reported having sexual intercourse for the first time at age nine had fathered four children by the time he was 18.”

Picking on the poor is a sure way to be seen as a jerk, but what people see in their narrow jerk/non-jerk view measures whether you’re friendly to everyone, or demand that we pay attention to reality. 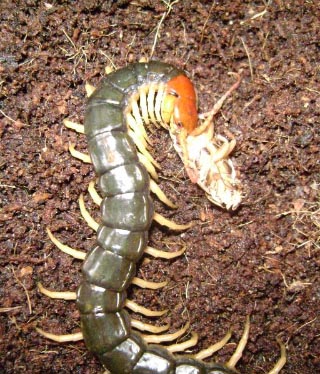 In cartoon fantasyland, people are poor because bad things happened to them.

In reality, other than a very tiny minority who faced absolute cataclysm, people are poor because they spend their money unwisely and have no skills. The highest purchasing of drugs, alcohol and cigarettes comes from the impoverished sector; yet that same money would have gone to education, better food, improved job prospects …but did not.

Part of the bad decisions poor people make is to indulge in third-world breeding practices: have sex early, have sex often, have many partners and blast out many kids, and then take minimal care of them. To them, sex is a pleasure and kids are the consequence — it’s the same way they treat other things in life.

Boozing it up in adolescence contributes to risky behavior in adulthood, according to a new study with rats. Some researchers suspect that the same is true for people, but they’ve had a hard time establishing whether adolescent drinking makes people prone to risk-taking or whether risk-prone people are simply more likely to start drinking as teenagers. Although the new work doesn’t settle the issue, it bolsters the case that early alcohol use can cause lasting changes in behavior.

One possibility, Bernstein says, is that brain regions such as the prefrontal cortex, which plays an important roles in decision-making and is still maturing in human teenagers, are particularly sensitive to the effects of adolescent drinking: “Alcohol for some reason is very toxic to developing nervous systems.”

Smart people, and by definition productive people, take the opposite approach: fit sex into your life, not fit your life into sex. Have goals, and use sex as part of larger idea, like relationships or marriage. When you do breed, have kids you can afford and invest a high degree of parental time and nurturing into them.

The rules have never changed in life. We face the same challenges we did 10,000 years ago. What has changed is our ability to brush away the truth using social tokens of goodwill, like insisting the poor are victims and not disorganized, or defending the oblivious.

White people are the devil | Rights or reality