You Suffer (But Why?) 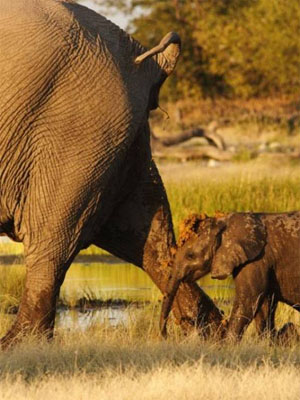 When I was young, they told me fairy tales. It took many years, but I have seen through them. The real stories are less complex; however, they are less emotionally satisfying.

It can take a decade to trade truth for emotion.

The fairy tales we tell ourselves all involve the same theme: the individual as victim of forces out of their control, and the resulting lack of autonomy meaning that they cannot fix the situation.

Once upon a time I believed that people were homeless from bad luck. Now I am more willing to face the truth: they are generally insane, and almost always have drug/alcohol problems.

The few who truly do “fall on hard times” generally bounce back after a while, usually by getting a menial job while homeless until they have the cash to rent a place. It’s probably not easy but not hard either, since menial jobs have high turnover. The real problem is avoiding temptation to get intoxicated, buy stuff that you don’t need, or chuck it all and hit the road.

I also used to believe the line that government was a manipulator and that shadowy groups of rich or religious people used their twisted power to control us. Now I see that we control us, and that the control is decentralized. Most people prefer fast food to fine food, and idiotic TV to quality literature, so these win out.

Long ago I believed the line that people work hard at jobs. After experience, people work long hours at jobs, and some people work diligently meaning that they stay on top of what they must manage. Very few people work “hard.” These are desk jobs. The mythos of hard work was invented so that we don’t have to face the truth, which is that some people are born smarter and more competent than almost everyone else.

When I was in school, people made a big deal out of luck. If Johnny was an A student, it was because he was fortunate to have the support network to help him. If Billy was a C student, he just had bad luck in home life. Years later I see that all was lies; people make their own luck. If Billy or Johnny decides to rise, they can. It takes that decision.

People also made a big fuss over true love, passion, compassion, hatred, love, peace, and other big emotions. Over time I came to realize that emotions are like any other type of thought, and without discipline they tend toward the metaphysical equivalent of a cheeseburger. Undisciplined emotion is a wrecking ball just like unsystematic thought. Either leads to chaos.

There were other popular notions too. One was that if you did not have a constant stream of distractions, and new products, or workplace/home/friend drama, you were missing out on life. I later came to realize that these distractions were the surrogate, or a pale outward imitation of what people really want, which is purpose. They want a quest, a goal and a value to uphold. Without that, they revert to being fat people on couches surfing 500 cable channels and not finding any one of them to their taste.

The point is, looking back over the years, that people invent stories to justify the inaction, incompetence and dysfunction of the average person through blame of some impersonal “other” like The Rich, The Jews, The Bilderbergers, The Republicans or The Hitlers. We tell ourselves these stories so that every person has an excuse and thus we can all (theoretically) get along.

The people who should know better — upper half of middle class, college-educated, experienced — tell comfortable lies in order to appear like “allies” to the people who benefit from these lies. They seem to be hoping to stave off revolution, or hoping that if they come across as “nice” they won’t get their homes burgled. Neither seems to work.

At the bottom are those who benefit from these stories. They are let off the hook and given not only an excuse, but a free ticket for charity. This simply enrages them, because they may be dysfunctional but they can detect snobby condescension.

It’s unclear why people lie so much. We have a choice to suffer or not. If you want to suffer, do whatever you can to distance yourself from reality and practical, efficient plans for making it better. If you want to avoiding as much suffering as possible, be systematic and organized and have a goal. It’s that simple.

The heart of the problem is that people realize how simple it is to do things right, but they want a reason to not feel bad about not doing this, usually because they were busy with personal drama or selfish behavior. Thus a pyramid of lies was invented to hide a single falsehood.

For centuries we’ve gotten away with the daily trade in lies because the inventions of the past put us in a position where with minimal effort, we could expand on those technologies and become luxurious and lazy. We could afford to.

Now as the world economy caves in, people are making noises about cleaning up our act. That won’t do it, nor will global warming. What’s really forcing our hand is the realization that humanity is expanding over this earth like a swarm of locusts, and soon there will be almost no nice places to escape from the madness of the rest of them.

For many years, having as many people as we wanted was free, and being oblivious to their incompetence, criminality and drama was basically low-cost too. What’s changed that is the sheer number of people. Now it’s us against them, and so our desire to tolerate them is lessening.