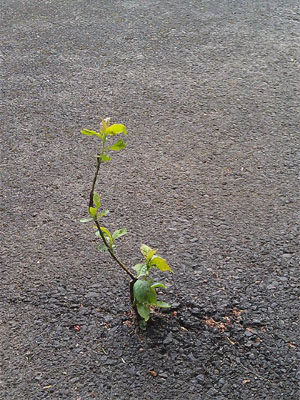 When we were kids, there was one question we always wanted to ask adults but knew it would bring retribution.

Why were people such dickheads?

That schoolyard term reflected our knowledge of how people were. They were angry and cruel, pointless and destructive. It originated in frustration and a desire to be in control by putting others down.

Every bully eventually became unmasked when his Mom showed up to pick him up after school, drunk and carousing with someone who was not his dad. Every true sadist teacher, a petit tyrant who became aroused by the thought that his own subjugation at the hands of life could be lessened by subjugating the little people around him, was eventually revealed when the repo man drove away his car or divorce papers arrived mid-class.

We understood that about adults and kids. We were roughly the same and acted on the same impulses. But when we ventured out on daily errands with parents, it became clear that people had problems on a much grander scale in the world at large.

For example, at the grocery store. Why did that man cut in line? You could see on his face that he knew he was wrong. And he did it anyway, maybe with a little half-smile like he’d won a tiny contest. People said things to each other that they knew were hateful. They seemed to enjoy it, too, as if it brought them closer to power.

Years later, when they finally handed us the sheepskin that in theory said we had passed some course of study, but really was a sentence to adulthood and to having to deal with these people, we experienced it up close.

Bosses who had worked away their youths trying to rise suddenly became too willing to sadistically pass on horrible tasks to subordinates, rubbing their noses in it as the saying goes. “I had to do this crap when I was a kid, and it hurt me,” the thinking went. “Now I’ll hurt you and maybe it will hurt me less.”

Co-workers seemed to take great delight in doing nothing. If not told exactly what to do, they flaked out or screwed it up. They obeyed the letter of instructions, ignoring the obvious purpose. The point? Their autonomy and boundaries were affirmed, as if pushing back to compensate for a lack of those at home.

Our fellow citizens also dismayed us. The neighbors who couldn’t be bothered to stop the dog from desecrating the lawn with ordure. The bitterly controlling PTAs, HOAs, even traffic cops giving tickets with a smug grin, saying Now I win.

Whenever this was mentioned, our peers did as adults had done years before: deny it, claim people have always been this way, get “philosophical” and shrug it off. Nothing ever changes.

But these people really aren’t that different from the bullies back on the schoolyard. They feel helpless, so they harm someone else in order to feel powerful. They experience a lack of control, so they control others. From crossing guards all the way to serial killers, this pattern is consistent.

Some people have broken out of it. They tend to have a weird mystical air about them, like they understand something the rest of us can barely glimpse. They refuse to play. When bad things happen to them, they deal with it some other way. They may fight back against people who try to harm them, but they don’t pass that buck.

What they didn’t tell you about equality is that it means everyone is in constant competition against everyone else. You have no ancestral home, no role by right, no natural purpose. You are raw labor, like any other raw material.

Either make a bunch of money, get popular and get power, or you’re fodder and will end up asking about whether we want fries with that. You’ll be on the bottom, and if there’s a rape metaphor in there, it’s not an invention of the writer.

Each person becomes a micromanager. They cannot count on anyone else to do anything but sabotage them, unless watched. They need to make sure their power is asserted at all times. Thus we all wait, either for bureaucrats to make decisions or bosses to approve vacations, because there’s no trust except the trust that each person will behave as much like a dickhead as possible.

The result is mass instability. There is no purpose to our society, and no real culture, just a big open market ruled by a popularity contest. Because that’s anarchy, we have cops, and lots of rules. We try strange policies like multiculturalism and the entitlement state to purchase stability. Even that doesn’t work.

When there is no task to work together on, we fall into interpersonal squabbles. Power to the individual becomes more important than a job well done. We make ourselves into dickheads, out of fear, instability and resentment.

And we still can’t ask that question, at least without the retribution of our peers.

You Suffer (But Why?) | Obamacare