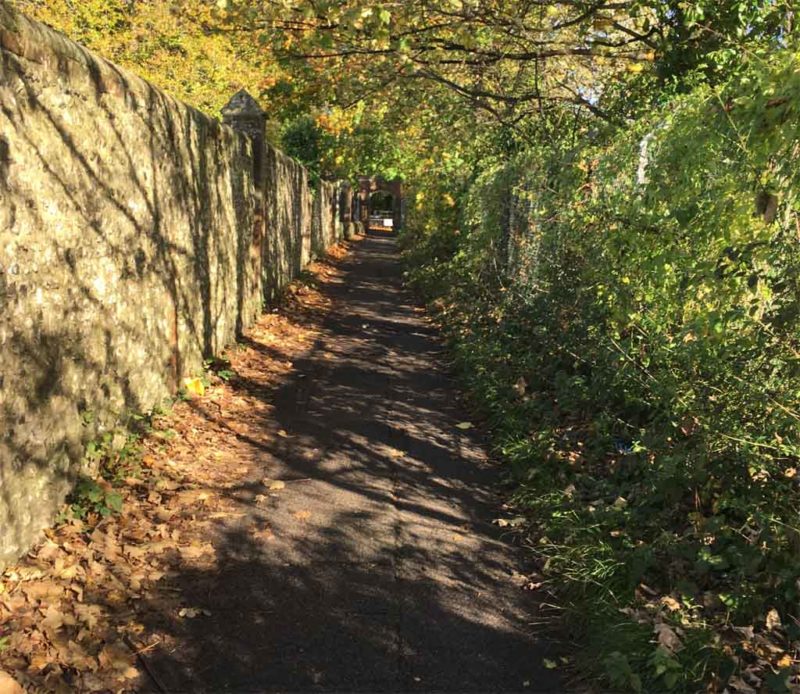 Terms like frenemy and crybully became common in the modern West because in dying societies, no one has any faith in anything but their own immediate material reward. We all want to become wealthy and powerful enough to escape the disaster, but none of us really thinks that will happen. We are the doomed.

People who are doomed tend to resent any others who might rise above the collapse. As a result, the passive aggressive approach has become popular as people try to sabotage one another using words and social attitudes. This extends to media, which hopes to condition our thoughts more than report what has already become true.

This projection takes the form of the media telling us that what they wish were true is true as a means of concealing their fears that it is not true. This can be seen clearly in the recent reporting about the Alt Right, which the media wishes would just go away and be replaced with the lapdog conservatives of the past.

The Daily Beast lays out the basic reasoning for claiming that the Alt Right is dying:

But the alt-right has had a bad month. In recent weeks, as Beirich described, prominent white supremacist Richard Spencer has dropped a lawsuit against Kent State University and canceled his speaking tour, after anti-fascist protesters opposed him at every stop. â€œAntifa is winning,â€ Spencer conceded in a video. Days earlier, Kyle Bristow, an alt-right lawyer who has represented Spencer, announced he was quitting the movement after the Detroit Free Press wrote an article critical of him.

Heimbach was arrested days after Spencer canceled his tour.

These are hiccups along the way, mostly reflecting re-organization. Spencer will choose new tactics; in the meantime, Jared Taylor is making university appearances. The TWP is one party of many at a time when the Alt Right is rejecting parties and organizations in favor of continuing its organic groundswell against the last several centuries of failure of egalitarian policy.

So where is this defeat, this disintegration?

A professional antagonist writes that the Alt Right has been declining since Charlottesville:

Influence is difficult to quantify. But it seems to meâ€”someone who has been tracking White nationalism for more than a decadeâ€”that the alt-right has declined after Charlottesville. With the arrests, job and education losses and mainstream ostracism of often young participants, alt-right organizing projects have moved from celebratory to cautious. There have also been material consequences. In particular, numerous digital platforms suspended alt-right accounts. The top neo-Nazi alt-right website, the Daily Stormer, was driven to the edges of the Internet.

If we equate the Alt Right with “having public demonstrations,” then maybe he has a point. The Alt Right has veered away from this technique because over-using it will wear out its public welcome. When the Alt Right shows up, Antifa and police conspire to create destruction, and no one wants people who willingly trigger destruction.

After Charlottesville, however, the Alt Right proved its point: government and the organized Left are colluding, and the innocent demands of the Alt Right for the ability to speak its message have triggered Soviet-style reprisals, show trials, and a media blitz attempting to invert the narrative.

Although the Left will not admit it, Charlottesville was a win for the Alt Right because everything it said was true was proven true at the hands of the Left. Yes, a mental case showed up and panicked, driving his car into another car, at which point an obese Leftist protestor dropped dead. Most people do not see that as a big event.

In the meantime, Leftist policies and the philosophies that support them continue failing. Diversity has turned into a rape, crime, and political corruption festival. The individualism of the West has made people atomized and miserable. The welfare state produces lunatics and obesity.

A backlash against this emerges not from the Alt Right, but from the recognition that everything that the Left has told us is a lie. The writer admits as much:

We should also keep our eyes on the fact that the conditions that gave rise to a reinvigorated White nationalist movement remain. Changing U.S. demographics are on track to end the White majority. Trumpâ€™s racist, sexist, Islamophobic, anti-immigrant and economic nationalist statements and actions reflect core issues of the White nationalists. And Trumpâ€™s election itself was a victory of a grassroots resurgence of nativism and right-wing populism that became evident with the rise of the Tea Party a decade ago and is todayâ€™s Republican base.

Racism means recognizing that diversity does not work. Sexism means seeing that feminism and sexual liberation have destroyed the family. Islamophobia (and related anti-Semitism and anti-Chinese sentiment) merely identifies a competing group that may seek to control us, since groups naturally compete.

Anti-immigrant pushback reveals how much diversity has failed, and how little Americans want to end up being Brazil 2.0. Populism is nativism rising now that its critics have failed to deliver what they promised, and instead have given us a raging dystopia.

In Europe and the USA, people are rejecting not just the cutting edge of Leftism, but all of its policies and the talking points used to justify them. We no longer believe that diversity is our strength; we see it as our replacement. We no longer think equality makes life better; it makes us lonely. Socialism does not make us strong, but weakens us.

The media projects about the failure of the Alt Right because it wishes that the underlying social change were not actually happening. Its pitch: if the Alt Right does not start behaving like us and our supporters, it cannot be a force of change.

However, history shows that not only is this wrong, but it demands the exact opposite of a winning strategy. Asymmetric movements like the Alt Right succeed by refusing to do what the power structure does because the existing forces that be control what is accepted in the arena of those power structures.

Instead, the Alt Right struck out on its own, changing minds with subversion and redirection instead of trying to become another pig at the trough of the dying West.

Newsweek reveals just how lost the mainstream media is in understanding the Alt Right:

More than a year after Trumpâ€™s victory, the alt-right movement may be floundering, falling well short of its ambition to achieve mainstream acceptance. The coalition, which once seemed so formidable, now appears divided by infighting, while its online presence has dwindled because of Twitter and other media platforms purging its most influential accounts for producing offensive content. Meanwhile, some analysts say the movementâ€™s violent encounters with left-leaning protesters have come to overshadow most of what the alt-right hoped to achieve when Trump took power.

…Critics point out that the alt-right isnâ€™t a new movement, just a rebranded version of different hate groups that have been mired in division for decades. So the unified front America saw on display in Charlottesville is an anomaly.

…Identity Evropa, a white nationalist group that marched on Charlottesville, quietly drew three times the crowd that Spencer did at Michigan State at a conference in Nashville, Tennessee, on March 10. That group has been aggressively targeting college campuses, where white supremacist recruitment is surging, researchers note.

What the media sees as a retreat is in fact a recognition that the the mainstream Left controls the means of discourse in traditional politics, so alternate routes are needed. Why demonstrate at universities when you can simply reach students directly? Or try to have a political “movement” when you do well as a cultural movement?

Journalists and other professionals — coddled, bloated, and made oblivious on the sweet milk of consumer dollars — do not understand that the Alt Right is not a rebirth of white nationalism. It has a much larger focus, one of restoring Western Civilization, in which race is one vital part but not the only essential ingredient.

Where white nationalism appealed to people looking for easy solutions to the problems of diversity, the Alt Right posits a solution to the problem of modernity. In our modern time, we are all atomized, or isolated from participation in any events of meaning because those events threaten the egalitarian dominant paradigm.

The media narrative regarding the Alt Right fails for this reason. They see it as a typical “hate group” which is out there to organize, march, attracted members, draw funding, and then run obscure candidates while distributing flyers that no one reads. Instead, the Alt Right has bypassed this stage to be a shared attitude like populism.

Even the official dog whistle of the Left, The Guardian, admits that the Alt Right consists not of organizations but a series of beliefs that are gradually going mainstream:

The broader hard right is still active, and energized. The growth of groups like the Proud Boys shows that you donâ€™t need to tote swastikas to engage in political violence, and Turning Point USA shows how attacking the left can be given a veneer of respectability.

Thereâ€™s also the fact that during the Trump era, a lot of far-right political beliefs have been partially mainstreamed â€“ the resurgence of public antisemitism is just one indicator of that.

They do not understand Alt Right public demonstrations: those are not the end in itself, but a means to an end. The Alt Right is not a group. It is not a manifesto. It is a shared, informal, and shared culture that celebrates a gut instinct which recognizes that the individualism of the Left has ruined Western Civilization, and so the way to begin restoring the West is to reject individualism in its various forms, including feminism, socialism, equality, diversity, pluralism, and even democracy.

Since everything in our current political system has been manufactured by those who intend it to convey the ideas based in individualism, there is no point attempting to conquer those institutions. They are designed against any dissenting viewpoint. Instead, the Alt Right takes the fight to where it belongs: the souls of white folks.

(To be fair, the Alt Right also appeals to other groups, because its basic ideal of restoring civilization by rejecting atomized individualism, leading to a fusion of nationalism and traditionalism, will work in any civilization. You can be black, Jewish, Asian, or another race and still work for your people.)

That in turn tells us why the media is projecting. They fear that they have merely struck at the heads of a hydra, and so they want to get a whole lot of human monkeys out there to start bleat-repeating the idea that the Alt Right has died, in the hope that all of us here will then give up and go home.

Normally, this works. Movements rise up and confront the Left, which with its many colluding activists, swats them down. The people involved become demoralized and, fearing social backlash, flee. The Left cackles on its throne of skulls, and the sad show goes on and on.

In the current time, however, a different feeling is in the air. Leftist had its chance, and it brought subtle horror instead of shining goodness as promised. The remaining alert and thoughtful people are moving on. The Alt Right is just one crest of that wave, and the media is in full panic because they realize there are many waves.