Yes, The Nazis Were Socialists, Among Other Things 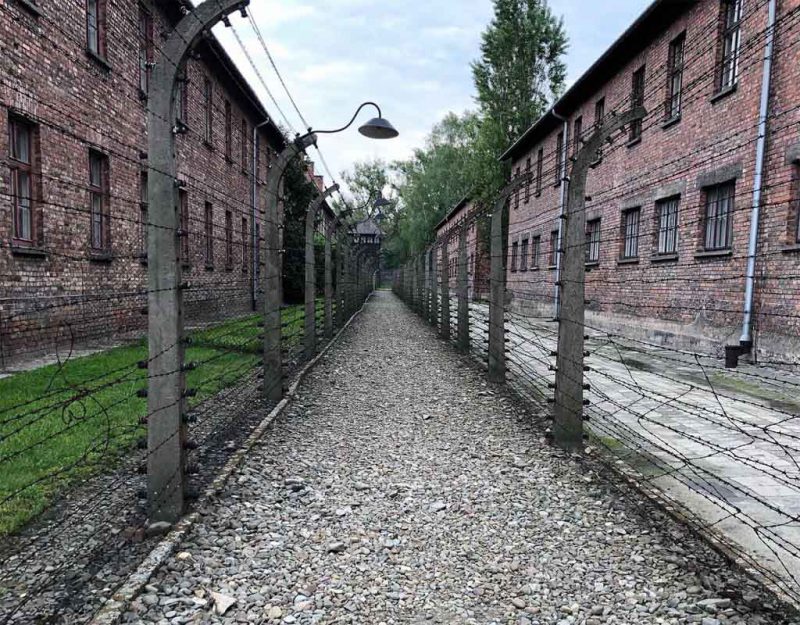 The Left hates the idea that the National Socialists were in fact socialists, avoiding the obvious truth that the Nazis crafted their political system based on the emerging model in Europe at the time, which was market socialism as a bulwark to going full Communist as the proles wanted.

If the Nazis were socialist, of course, it points out that regular “moderate” socialist states can easily become totalitarian, which offends the Left because they do not want to admit that Leftist-designed societies tend to implode and move straight into tyranny.

This is not to say that the Nazis were purely tyrants; unlike pure tyrants such as Joseph Stalin, the Nazis attempted to rule for the benefit of their people, but were held back by a system patterned after the Communist “Total State.”

Witness the outrage at the socialist nature of National Socialism from the suburban gated community armchair Left:

Anyone who has been on political Twitter in the past decade has seen a version of this syllogism. Conservatives, seeking to escape the “fascist” and “Nazi” labels tossed at them by leftist critics since the 1960s, have turned the tables. Books such as Jonah Goldberg’s “Liberal Fascism” have noted that many leading fascists, such as Italian dictator Benito Mussolini, started out as socialists, just as many early 20th-century “progressives” embraced eugenic ideas ultimately linked to Nazi racist genocide.

Although the Nazis did pursue a level of government intervention in the economy that would shock doctrinaire free marketeers, their “socialism” was at best a secondary element in their appeal. Indeed, most supporters of Nazism embraced the party precisely because they saw it as an enemy of and an alternative to the political left.

Instead of controlling the means of production or redistributing wealth to build a utopian society, the Nazis focused on safeguarding a social and racial hierarchy. They promised solidarity for members of the Volksgemeinschaft (“racial community”) even as they denied rights to those outside the charmed circle.

Hilariously, the Left defeats its own argument while making it, pointing out that in a nationalist society, socialism applies only to members of the founding ethnic group. The Washington Post wants us to think that if socialism is not diverse, it is not socialism.

The most obvious answer, which is that like libertarians, neoliberals, fascists, and neoconservatives, the National Socialists were a hybrid of Left-wing methods and Right-wing goals seems to have escaped the Left.

We can sort the 25 Points of the National Socialist German Worker’s Party into their derivations from nationalism and socialism:

1. We demand the union of all Germany in a Greater Germany on the basis of the right of national self-determination.

5. Non-citizens may live in Germany only as guests and must be subject to laws for aliens.

6. The right to vote on the State’s government and legislation shall be enjoyed by the citizens of the State alone. We demand therefore that all official appointments, of whatever kind, whether in the Reich, in the states or in the smaller localities, shall be held by none but citizens.

We oppose the corrupting parliamentary custom of filling posts merely in accordance with party considerations, and without reference to character or abilities.

8. All non-German immigration must be prevented. We demand that all non-Germans who entered Germany after 2 August 1914 shall be required to leave the Reich forthwith.

11. The abolition of incomes unearned by work.

The breaking of the slavery of interest

2. We demand equality of rights for the German people in its dealings with other nations, and the revocation of the peace treaties of Versailles and Saint-Germain.

3. We demand land and territory (colonies) to feed our people and to settle our surplus population.

12. In view of the enormous sacrifices of life and property demanded of a nation by any war, personal enrichment from war must be regarded as a crime against the nation. We demand therefore the ruthless confiscation of all war profits.

18. We demand the ruthless prosecution of those whose activities are injurious to the common interest. Common criminals, usurers, profiteers, etc., must be punished with death, whatever their creed or race.

19. We demand that Roman Law, which serves a materialistic world order, be replaced by a German common law.

22. We demand the abolition of the mercenary army and the foundation of a people’s army.

23. We demand legal warfare on deliberate political mendacity and its dissemination in the press. To facilitate the creation of a German national press we demand:

(a) that all editors of, and contributors to newspapers appearing in the German language must be members of the nation;
(b) that no non-German newspapers may appear without the express permission of the State. They must not be printed in the German language;
(c) that non-Germans shall be prohibited by law from participating financially in or influencing German newspapers, and that the penalty for contravening such a law shall be the suppression of any such newspaper, and the immediate deportation of the non-Germans involved.

The publishing of papers which are not conducive to the national welfare must be forbidden. We demand the legal prosecution of all those tendencies in art and literature which corrupt our national life, and the suppression of cultural events which violate this demand.

24. We demand freedom for all religious denominations in the State, provided they do not threaten its existence not offend the moral feelings of the German race.

The Party, as such, stands for positive Christianity, but does not commit itself to any particular denomination. It combats the Jewish-materialistic spirit within and without us, and is convinced that our nation can achieve permanent health only from within on the basis of the principle: The common interest before self-interest.

As a wise man once said, “history is a lesson, and we must learn from our mistakes.” One cannot build a Right-wing society on Left-wing methods because such a system is inherently unstable, which was a potent criticism of National Socialism from the German Old Right.

If one were to design a future system, it might take the National Socialist model and replace the socialist aspects with a reduction of the things that enable monopoly, such as red tape, taxes, unions, regulations, and lawsuit abuse.

When it becomes difficult for a small business to rise, and it can be easily sidetracked by expensive legal fees, taxes, regulatory costs, or labor strikes, only the large companies remain, which causes a union between government and industry at the expense of the ordinary person.

For this reason, a future society would be built on a paleoconservative model, with leadership mostly acting to get itself out of the way, allowing culture to fill in the gap with charity, private education, social norms, taboos, and ideals.

At that point, however, what remains is not government so much as having a hierarchy of leadership such as we had under the aristocrats. Once you start going Right, there is nowhere to stop until you end at the return of kings and the restoration of tradition.