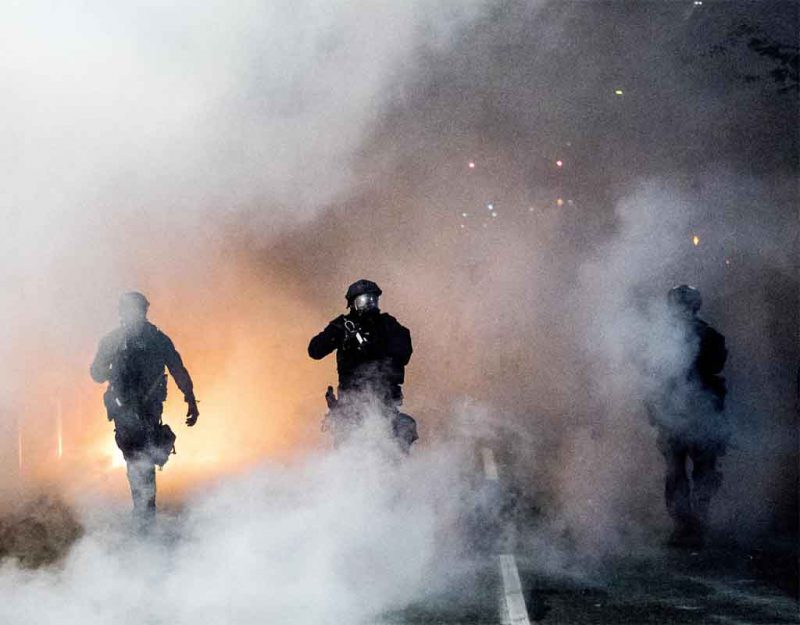 Every once in a long while — thanks to the increasingly hazy and highly malleable Leftist talking points — I find myself agreeing with the Left on a specific issue. One such case arises with the question of defunding the police.

In this case, we have the rare opportunity where we can give the Left what it asked for: unity. Doesn’t the Right keep calling the Left “self-destructive”? Now we have a golden opportunity to test that theory, all while actually agreeing with Leftists for once! The Left has its reasons to demand the abolition of police forces, which differ from ours. But who cares as long as the goal is the same?

The police force should be cancelled. It has demonstrated its complete irrelevance by incarcerating and punishing citizens walking the streets without a COVID-19 mask. It has demonstrated its silliness by freeing pedos, serial rapists and killers because of a manufactured prison COVID panic, and then filling up those same prisons with maskless dissidents or people who had dinner with one person too much.

Police show up at the door of citizens and books them for merely speaking their mind on social media. Meanwhile, grooming gangs, human traffickers and coke cartels thrive, as police forces are busy booking believers praying the rosary outside abortion clinics and priests defying lockdown bullying to celebrate Mass.

The police force has become an idiot alliance executing the silly orders of a tyrannical and childish “elite.” It cracks down on the very people who support it and always believed in it. And those who hate the police? They are freed from prison because of COVID panic. A broken clock can in fact be right twice a day.

Once the police are no more, there would be a noticeable slump in world idiocy. Conservatives or people with common sense would still have enough moral baggage to not need any police to manage their neighborhoods, plus they’re armed and willing to use their firearms. Bring back the Wild West, where criminals feared for their lives every moment, instead of worrying about how to pay the right lawyers.

The pedos and coke dealers of the world will ironically find themselves without a police force to ignore them — or protect them. They would find themselves with no one to bribe or a legal system that they can game. The Left wants to protect these people, but removing the police would do the opposite, so it would be an absolute win for the Right.