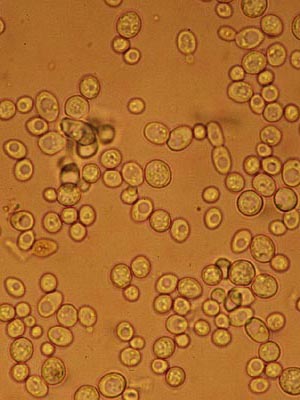 People always compared humans to rats when talking about our population expansion. “They breed like rats,” they’d say about whatever social group was not en vogue at the time.

I have a simpler metaphor: yeast. Humans breed like yeast. Rats breed like mammals, and expand to a limit and then begin dying off. This stabilizes the population.

Yeast, the world’s least critical consumers, expand beyond all limits because they can eat anything. Yeast are programmed to grow as rapidly as possible because part of the plan is final suicide.

When you’re an uncritical consumer, you will most commonly exist in a situation where a ton of food appears, you eat it, and then everyone in the colony dies. Hopefully some escaped before the situation got dire.

Humans — thanks to our ingenious technologies — expand like yeast. We are not concerned with noticing when people start to die. We just keep piling into the gap, hoping it will all work out OK.

As a result, we have spread over this earth like poured concrete, and we’re eating up its most vital spaces because those are the most convenient for us. It doesn’t end until the planet is a round ball of concrete laid out in city streets.

Until recently, scientists were uncertain about how much and where in the world terrestrial carbon is being stored. In the July 14 issue of Science Express, scientists report that, between 1990 and 2007, the world’s forests stored about 2.4 gigatons of carbon per year.

Their results suggest that forests account for almost all of the world’s land-based carbon uptake. Boreal forests are estimated to be responsible for 22 percent of the carbon stored in the forests. A warming climate has the potential to increase fires and insect damage in the boreal forest and reduce its capacity to sequester carbon.

“Our results imply that clearly, forests play a critical role in Earth’s terrestrial carbon balance, and exert considerable control over the evolution of atmospheric carbon dioxide,” said A. David McGuire, co-author and professor of ecology at the University of Alaska Fairbanks Institute of Arctic Biology and co-leader of the USGS Alaska Cooperative Fish and Wildlife Research Unit. – Science Daily

If it took a scientific survey to tell us this, we’re already in deep trouble.

Leaving aside the global warming blather, which is a partial truth inflated into apocalyptic hysteria, we should look at the facts:

All else is irrelevant.

We either preserve enough space for nature, or — goodbye, nature, at least the interesting parts. There will always be rats, squirrels, sparrows and raccoons.

Yet we expand like yeast, determined to use up all the space (or some other guy might get it!) and with no plan for what happens after that. Apocalypse party, presumably.

We justify ourselves with a belief in the sacredness not only of humanity, but of the human individual. We pretend that not only are we immortal, but that we are important, which is really the bigger fascination.

As individuals, we want to mean something other than our accomplishments — most of us have few to none, other than attending work, buying things, reproducing and dying.

Because of this great void of meaning inside, we manufacture meaning externally through socialization. The Crowd gathers, forms, and agrees to be a special group.

This group has one rule: defend the group, which entails defending the right of each individual to do whatever they want, absent a few universal taboos (murder, incest, assault, rape, theft).

An illusion is created: whatever the group approves is OK, and it’s not your fault as long as you stick by the rules of the group. The human wishful thinking replaces reality.

This group then devotes itself to constant self-expression and the pursuit of material desires. You can’t criticize it because then it’s personal: you’re attacking the members of the group, and the group attacks you.

That way, the yeast remove any chance of anyone or anything stopping them until (suicidally) they have consumed all the food, and it is time to die.

Crowdism, the mentality expressed by the human yeast, is the idea that the world is how we desire it to be, not how it is. We replace reality with mental models that are logical inside our brains, but don’t represent reality very well.

As the ultimate political stage of humanity — ultimate as in “before doom” not “the most evolved” — liberalism helps us destroy ourselves. It expands like yeast within us, and then we expand like yeast.

For, from Greece to Ireland to Portugal to Italy, from California to Wisconsin to New Jersey to New York, the crisis of the West is a crisis of liberalism.

Deficits and debts that threaten to wipe out bondholders and banks, destroy currencies, bring down governments and bankrupt nations are everywhere forcing reductions in government payrolls and rollbacks in government programs.

Across the West, the public sector is under siege.

As Garrett Hardin wrote, “Ruin is the destination toward which all men rush, each pursuing his own best interest in a society that believes in the freedom of the commons. Freedom in a commons brings ruin to all.”

It’s almost like an IQ test for a species: you either get over what’s “popular” and pick leaders who can lead, or you pander to what your fellow idiots desire, and then watch as they destroy everything good.