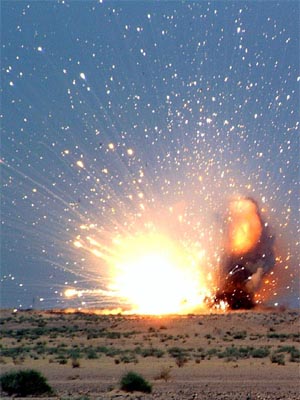 At Amerika.org we often point out that, were we to adopt a victimhood aesthetic around here, people would find us a lot more appealing. It feels better to be told “someone did this to you, it’s not your fault.”

However, the only mental tool that has ever helped me in life has been honest analysis. The scientific method — sans its linearity and categorical thinking — helps fix just about anything. Victimhood is an emotional state, like self-pity, which is incompatible with that logical view.

Another reason we don’t go down that path: it leads to desperate action.

According to witnesses, the gunman was dressed as a police officer and gunned down young people as they ran for their lives at a youth camp.

Norwegian TV2 reports that Breivik belongs to “ring-wing circles” in Oslo. Swedish news site Expressen adds that he has been known to write to right-wing forums in Norway, is a self-described nationalist and has also written a number of posts critical of Islam.

A Twitter account for Breivik has surfaced, though it only has one post, this quote from philosopher John Stuart Mill: “One person with a belief is equal to the force of 100 000 who have only interests.” The tweet was posted on July 17. – Huffington Post

This is not to say that the shooter is wrong; he may be right, and this may be the only method to draw attention to what he is seeing.

The situation does seem apocalyptic. Beliefs, values, culture, goals and standards beyond the individual are endangered species.

Further, society is a mess. It grows recklessly, wastes everything in its path, leaving behind a trail of morons and fast food joints. It is toxic, ultimately, but even more importantly, it’s boring and utilitarian.

However, it could be that going ballistic will worsen the situation. Revolutions, armed conflict and terrorism are like unguided missiles; once you unleash them, you cannot stop the chain reaction that follows.

At least 80 people died when a gunman opened fire at an island youth camp in Norway, hours after a bomb attack on the capital, Oslo, police say.

Police in Norway are questioning a 32- year-old Norwegian man in connection with both attacks.

The man was arrested on the tiny Utoeya island where police say he opened fire on teenagers. – BBC

The people killed were by all accounts probably not very good people for Europe. The Labour parties in Europe are neo-Communist and their people want to turn society into a giant labor union.

Unions, socialism, leftism and anarchy are the same impulse. It does not value consequences; what it values is human sentiment, emotions, feelings and self-importance. It is extreme individualism, which leads to narcissism and obliviousness to the consequences of one’s actions and the reality of the external world.

Leftist governments ensure that more capable people are kept down under the thumb of enforced mediocrity. If you vote Labour, you are a murderer, too — a murderer of culture, of values, of history and of the future. You will destroy the good, and replace it with a spreading mass that will cover the earth and strangle its ecosystems.

Each time a leftist censors a right-wing discussion, or pumps endless funds into left-wing causes while ignoring right-wing ones, they are laying the seeds of this kind of destruction. They are backing people who want social standards — consequentialists, ends-over-means types, or conservatives — into a corner.

However, the most important battle may not be a physical fight. It may be one of creating accord among the 2-5% of our society who are born leaders who can still think. The rest are fairly inert anyway. Cultural revolution can drown out artificial ideology and the pandering of unions.

The point is that deconstruction to an anarchistic “natural” state is a poison, whether we do it with pens or bombs. If methods are less important than goals, let us not embark on methods that achieve the goals of those who are confused and destructive.

Anders Behring Breivik may turn out to be right. It may be time for violence in the streets and on the small islands of the world, and for all good people to turn viciously on the leftist scourge and remove them from among us.

From a reading of history, however, we see that such methods lead to more of the same. We do not need to destroy; we need to rebuild, starting with possession of a clear idea of what kind of society we want. Leftism is death; we need to create life.

These are words to think about in the aftermath of disturbing images.

Crow makes a good point in our comments:

“Let us not do as leftists do by becoming emotionally crazed, guilty-by-proxy, and fragmented by far away events.”

We can point out, as the original article attempted to, that this mess was brought on by ideological polarization and the inflexibility of the left. We can also point out that extremism at a point replaces ideology itself, and that the people who died on the Labour party’s island were future cultural Marxist leaders of Norway.