Leap Into Life (#3): Ideology Versus Realism 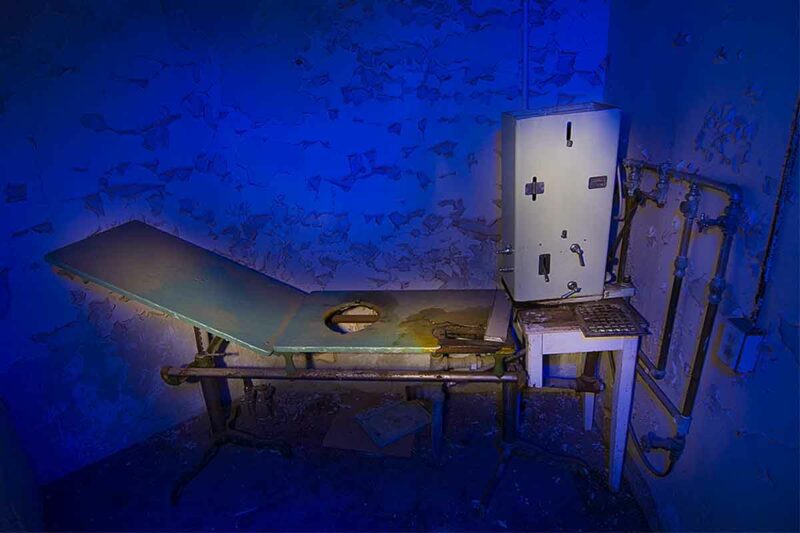 Not many people realize it, but the postmodern era consists of us detaching from the symbols used to unite us. We had a civilization, then it decayed and corrupted its knowledge, so now we are trying to figure out what is actual and relevant instead of following the propaganda-spun symbols.

Those symbols once had great value. It seemed like a boon to be able to sort the world into “good” and “evil” and then use that to enforce healthy behavior on the population. When you centralize, however, you make a powerful tool that others will seize and repurpose.

First they changed our notion of “good” from natural order to individualism, causing us to try to make everyone equal and then assume that whatever the plurality approved of was good (utilitarianism, democracy).

Then they added in diversity in order to abolish our national cultures and replace them entirely with political, economic, and legal systems. This allowed the managerial-administrative state to control us through incentives and punishments.

As far as your average normal not-really-paying-attention person could see, these were good things. They limited bad behaviors and forced everyone to contribute, unless they had an exception like poverty or some other kind of victimhood, since if you assume people are equal all failings are not their own.

It made sense to have one rule for everyone to be fair and to separate behaviors between bad and good, then punish anyone who does not do what is expected of them, to the average person. They want others forced to face the same challenges that they do.

The problem is that this misses the edges of the bell curve. On the right-hand side, corporations can accumulate enough wealth to buy their way out of the process, and on the left-hand side, the permanent poor are beyond punishment and will need subsidies to claim to be able to reach an equal footing.

At this point, the system pushes only on the center, leaving the poor and the corporations room to take over while everyone else is busy pedaling hard to keep the system afloat. Normal people become wage slaves to pay taxes to the underclass who then fund those corporations with consumer purchasing.

In the bigger picture, our time has become one of conflict between ideology and realism. Ideology serves the symbol and the idea of enforcing rules on people; realism says that there are good people and bad people, and society rises when it nurtures the good and removes or at least isolates the bad.

That is an entirely different axis than what our modern ideological era pushes on us, an imagined conflict between equality and inequality. All things are unequal by nature because some are rising above the rest, and to deny this is to punish any deviation from mediocrity.

Whoever wakes up from this fever dream of modernity first wins. Whatever nation stops throwing away its wealth on anti-poverty and anti-racism programs, withdraws from the global treaties, becomes self-sufficient, and starts rewarding the good and exiling the bad will rule the rest.

Imagine that even one dissenter arises. A small nation, maybe the Dominican Republic, establishes rule of law but bans all wealth transfer programs and guides itself purely by rewarding the good and throwing out the bad. It sets up a flat tax, since not much money is needed without entitlements.

Immediately most of the wealth in the world would flow to this nation. Instead of paying the esurient and extractive property and income taxes of the bloated and dying first world, the wealthy would keep their money safe and be able to use it to do constructive things.

The Dominican Republic would rapidly become the most powerful nation in the world purely by economic power. It could hire Blackwater or some other crazy mercenary firm to defend it, and get on with the business of the good life while everyone else drowned under taxes.

In the meantime, those other nations would implode. Without cash cows to squeeze for the 60% tax rate imposed by the sum total of taxes, regulations, affirmative action, and so on, those economies would crash. They would start by triaging benefits.

The US and EU would end up becoming like Latin America, basically kleptocratic states where the government is useless and people hire private industry for all their needs, if they can afford it. The middle classes would vanish into the working poor and the underclasses would swell.

If the Dominican Republic was organized, it would find a way to produce its own energy, food, and products. At that point, it would surge forward in innovation while the rest of the world stagnated by focusing on making refrigerators that post selfies to Twitter.

This is what the globalists fear. They know if anyone defects from the liberal democratic market socialist system, that nation will rise above the rest, and make it clear to everyone that democracy is not just unnecessary, but failed.

Imagine that the Dominican Republic establishes a monarchy using a branch of the English royal family that has not been in power for generations. Instead of the constant expense and uncertainty of democracy, it has stable, forward-focused, but non-Utopian rule. It does what is realistic.

Realism refers to choosing what you do by how it turns out in reality, not what people think about it or a plurality will buy or vote for (utilitarianism). Realists value results, not symbols of feelings, almost all of which are based in fear of powerlessness and misfortune in life.

Democracy worldwide is facing what we might call a loss of goodwill. Goodwill in economics refers to the belief customers have that some company does well by them, so they keep shopping there until given a reason to avoid it, like a bad transaction.

Humanity has had goodwill toward liberal democracy and market socialism for some time. The combination of the two proved to be the one system that avoided war and collapse, although since it was last challenged, the system appears to have gained some bloat.

No one actively opposes liberal democratic market socialism yet. However, the goodwill has been lost; people no longer believe it is the solution to human problems, only where we are now, and they work within it only because nothing else has manifested itself.

The first stages of revolt are going to occur at the local level as people reject taxes which keep the system going. The next will take this to the national level as the productive demand they stop being taxed and ideologically propagandized to support the unproductive.

Already nations are beginning to relax democratic reforms. Many are pushing back against diversity and the resulting “woke” culture, and others are eliminating special rights to minority groups like LGBT+ and women.

As time goes on, more are going to figure out that we went too far toward egalitarian Utopia as ideology prescribes, and not enough toward realism, or seeing what works and keeping that, then selecting the option that makes life qualitatively best from that list.

Ideology comes about after a society becomes established, beats its demons, and makes itself prosperous. At that moment, it begins to produce people who have no place or relevance, whether very rich or very poor, and they conspire to tear it down.

If humanity will have a future, it requires that we beat this civilization-ender and restore order before we commit ecocide, destroy our own hopes, and turn into moronic grey race consumers who destroy all that is given them and then demand more rather than producing anything of value.