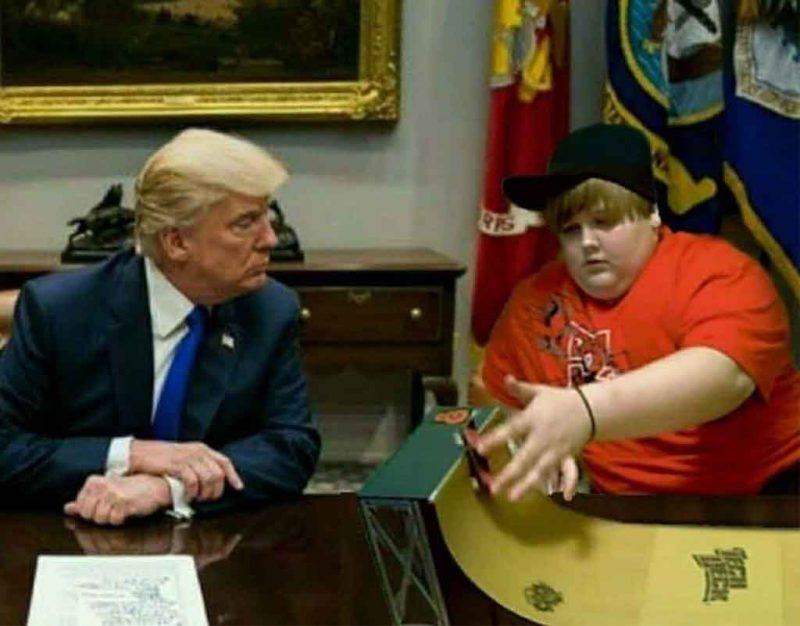 At this point, public opinion has shifted regarding the 2020 election. Originally, most people gave in to apathy and fear, and wanted to rocket Biden into office and just get on with things.

Now, they see that the Biden election theft is just the tip of the iceberg.

People are already dying across the world because of the void in smooth transfer of power promised by democracy. Sensing weak American will, foreign actors are moving to set in motion their usual megalomaniac plans, and this will result in war, famine, and horrors.

We are seeing the downside of pacifistic, pluralistic, compromise-based, and egalitarian systems. When you have no unity, the only goal becomes compromise, which means that achieving an end result of everyone being happy takes place of achieving a good result in reality.

All human problems come from this. We think of society as making its leaders powerful, but really what it does is create an umbrella under which people can contribute little and still enjoy its benefits. Mandatory citizenship creates dependent citizens, who both demand free stuff and scapegoat society for their own problems.

Those dependent citizens then create a bureaucracy because they treat government like a business. They demand service! And then, they get the Golden Excuse: “equality.” Once a government, as ours did in 1866, is dumb enough to devote itself to an affirmative duty to create equality, the steal is on.

At this point, Joe Biden finds himself in trouble. He has no path to victory, although it seemed plain. If he accepts the presidency, the discontent gets worse and he has a failure of an administration as the rest of the world treats him like a figurehead of China.

Trump will not go quietly, and along the way, he will invoke the Samson Option. He will release the classified docs. He will reveal the secrets. In doing so, he will destroy the entire beltway class and many of the most cherished myths of America.

Even better, he will do it in court filings or criminal prosecutions, meaning that these things go into the public record. Careers will be destroyed; organizations will fall. Most of all, people will see that America as it was has ended, and something is replacing the ersatz ruin that took its place.

Biden has half of the country — at least — believing that he stole this election, and aware that his goal is to wreck the country. Law enforcement is about to collapse at all levels because distrust and contempt for government is running at an all-time high.

In the meantime, most people miss the timeline. In 2008, Trump observed election fraud; he warned of it in 2012, and outwitted it in 2016. He knew that something was afoot in 2018, and so he laid his trap, hiring a specialty team of experts whose knowledge base consists of rolling up organized crime.

Political machines, or the permanent governments of those who buy votes and import foreigners, are by definition organized crime, in addition to almost always having allies in the various “families” who run shadow economies behind the scenes.

In my view, Trump has given the system every chance to redeem itself, and it has failed him at every level. My guess is that he wants this to happen, and will set in motion events that cannot be undone before January 6, at which point the Left is going to collapse in hysterics.

He is making the case to his audience, and pointing out to the world that the American government is collapsed, so that he has a chance to rip out long-standing problems like bureaucracy, entitlements, and the administrative state without opposition.

This stimulus bill showed us “peak government.” A 5,593-page bill, packed with pork and kickbacks, which addresses none of the needs of the population after a year of government action which has systematically destroyed small business in America.

If Trump needed to prove that government is not the solution and is filled with insane self-serving people, he has done it, and more people are coming over to his side daily. At this point, even if they got rid of Trump, the Establishment could not undo the damage he has done.

He can do more. The information he has declassified and likely will declassify will tear apart the belief in the legitimacy of our government. It will weaken democracy by showing how easily it was conquered, and how quickly it went to full insanity.

My guess is that much of the drama we see out there now exists mostly to distract from what he is actually doing, which is lining up jurisdictions where cases against individuals responsible can be made. He intends to let them win, then destroy them.

His primary weapon will most likely be confiscation or freezing of their assets, which will break the elaborate political machine they have set up which is based on money moving between government, industry, China, and “community organizers.”

The first signs of panic are already appearing. The Left seems to realize that it has been steamrolled and that it now resides in a corner from which escape is unlikely. Their sole hope relies in seizing power and obfuscating, censoring, and sabotaging their way to freedom.

However, with the majority of the American people and the world turned against them now, and their deeds brought to light, they do not have a chance.