Work Is Not About Productivity. It is About Control. 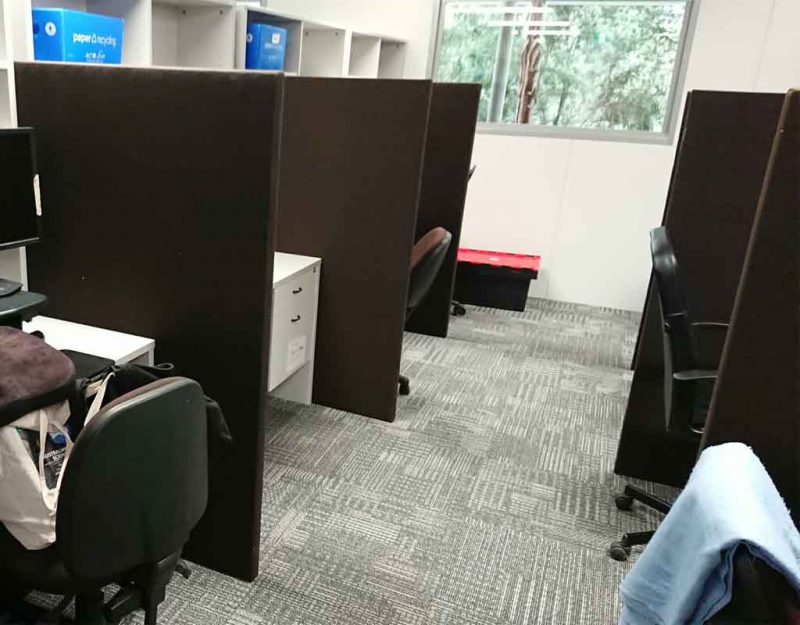 You are not expected to do your job. In my case, that might be a positive. Who knows? All joking aside, our current political scene includes a large number of people who do not see work as about the maximization of productivity for the sake of serving other peoples’ needs. Work instead is a tool of centralized social control. It keeps you in the veal-fattening pen, off the streets, and out of trouble for nice, long stretches of your day. It tells you how to dress, think, vote, and invest. You have time for less thinking and more drinking. What could be more convenient? If you are Homer Simpson.

The latest battle of whether your work is about being useful to someone in return for remuneration, or whether it is about keeping you down on the cube farm began in California. It began with State Bill AB5.

A California bill set to become law would turn many “gig economy” workers into full employees, although experts say its biggest impact could be on jobs outside companies like Uber and Lyft. Trucking firms, news publishers, cleaning companies and software companies could all find it harder to legally define workers as independent contractors. But the law would exempt contractor-heavy sectors including beauty salons, law firms, doctors’ offices and real estate offices.

This, according to fans of the bill, would make life more fair because everyone would be a full employee and get to reenlist for all the benefits. This, like the supposed benefits of a $15 minimum wage, doesn’t count the ones who suddenly and “unexpectedly” no longer have any job at all. Rovee The Robot thanks California for State Bill AB5. From his point of view, if Skynet has allowed him to code one up; this bill is progress at its finest.

Anyone studying economics with enough acute detail to differentiate John Maynard Keynes from Milton Freidman knows this garbage will righteously hammer anyone not prescient enough to be born with a large enough trust fund not to have to work. Yet, because of moral hazard incurred by government, this sort moilsome meddling to “help the people” has a history that at least dates back to Roman Emperor Diocletian. His Edict of 301 AD is the toga-wearing Bernie Sanders political platform of how to nuke a private economy from Close-Earth Orbit just to make sure you get every last one of them.

In A.D. 301, the famous Edict of Diocletian was passed. The Emperor fixed the prices of grain, beef, eggs, clothing, and other articles sold on the market. He also fixed the wages of those employed in the production of these goods. The penalty imposed for violation of these price and wage controls, that is, for any one caught selling any of these goods at higher than prescribed prices and wages, was death. Realizing that once these controls were announced, many farmers and manufacturers would lose all incentive to bring their commodities to market at prices set far below what the traders would consider fair market values, Diocletian also prescribed in the Edict that all those who were found to be “hoarding” goods off the market would be severely punished; their goods would be confiscated and they would be put to death.

AB5 is the first step to being more capable of fixing wages. It essentially bans any job that isn’t centralized enough to effectively unionize the work force employed therein. This is the real thrust of AB5. It is intended to force large, politically disconnected economic sectors into unionization so that the workforces are in a centrally controlled mass. Thus, it should surprise nobody that the current House of Representatives found this to be deep and perspicacious. So much so that they want this to be national policy. This is of course dead in the Senate. For the nonce.

And there is no way, absolutely no way, President Trump wouldn’t reject this garbage like a younger Shaquile O’Neal swatting some loser’s garbage clean out of the paint. This assumes Donald Trump wins reelection. The other party’s probable guy sees things a bit differently.

Joe Biden, the likely Democrat nominee, is all in on AB5. Biden tweeted, “I support #AB5 in California, which will give workers the dignity they deserve in the workplace.” In reality, AB5 eliminates jobs that unions can’t unionize. It kills many self-employment categories, even aside from the gig economy that it’s targeting, including freelance journalism. It’s already cost countless jobs in California. But unions are mobilizing to ban freelancers nationwide. And “Union Joe” is on board with banning freelancers.

So The Edict of 301 AD was 32 oz. of 140 Proof Old Epic Fail. State Bill AB5 is giving anyone competent enough to master their own career and destiny a one-way ticket to Texas or Tennessee. Doesn’t this eventually cost these political leaders in the end? Sure. But what happens when time preferences don’t extend beyond the next election or quarterly report? At that point, the bad consequences seem to magically wink out of existence. There is this mythical time called “later” that doesn’t exist when the deadline looms and the screws get put on hard.

Democracy creates that disincentive to care about the people. It incentivizes you to buy up enough of the strong people and scare the rest of them out of voting against you. Democracy incentivizes Mad Max economics. Any concentration of competence, resources, wealth at al, is there to be looted on behalf of ne’er-do-well Neanderthals that make up the vast majority of any voting population. Democracy rewards stupid, promotes stupid, votes for stupid, and gets it good and hard the day after all the election confetti blows away.

Drool Cup Joe with his Indian friends at the Delaware 7-11’s, State Bill AB5, The Green New Deal and the whole rest of the stupid is all in your future. You will one day get to read The Cuckservative Review “Conservative Case” in favor of all of it. You’ll do so online. You’ll be seated in your Cube Farm where the Central Scrutinizer can properly control you. After all, that’s why society sends your sorry butt off to work. It will pass an edict if you try to do otherwise.

Middle Class Origins Of Leftism | How William F. Buckley Was A Disaster For The Right