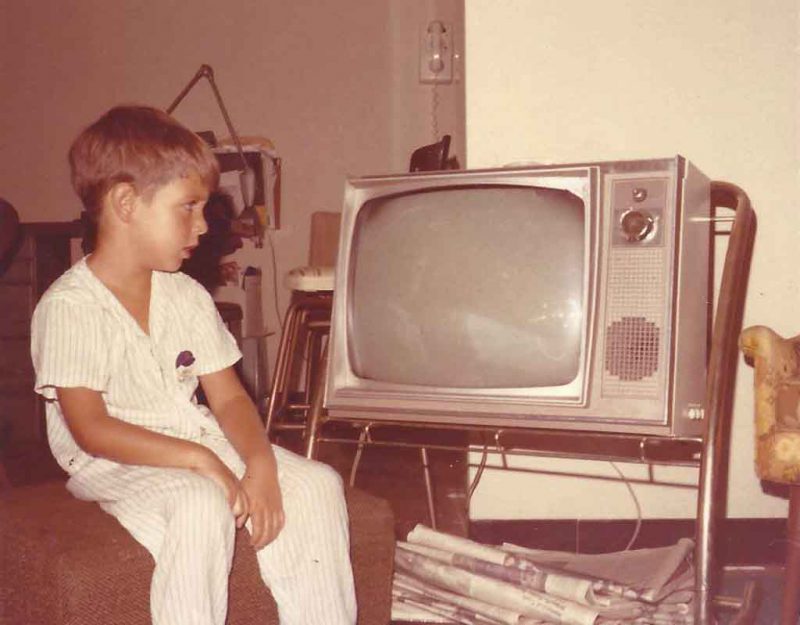 Democracy reduces political dialogue to an implicit question, “Would you like it if someone did that to you?”

Of course no one wants to lose benefits, be arrested for a crime they may or may not have committed, or face consequences for errors. They vote consistently against any kind of social order or power that society may have over the individual as a result.

This creates a bidirectional shift in democracies. On one level, they head closer to anarchy; on the other hand, because of the chaos that the first shift creates, they also drift toward totalitarianism in order to manage the social chaos created by democracy.

During the course of this degeneration, democracies produce people who have no personal agency. They can choose from the best option on the shelf, job board, or from a list of memorized methods from school or experience, but they have no direction, nothing they affirmatively want to achieve.

This produces suburbs and cities full of people who boo at the bad things and cheer for the good things. Their mentality has been reduced to binaries, and they require simplistic ideas that seem clever in order to articulate their own position.

From that phenomenon arises the production of woo, or simplified versions of the world that make people have warm fuzzies for being on the “good” team. Woo takes several forms: 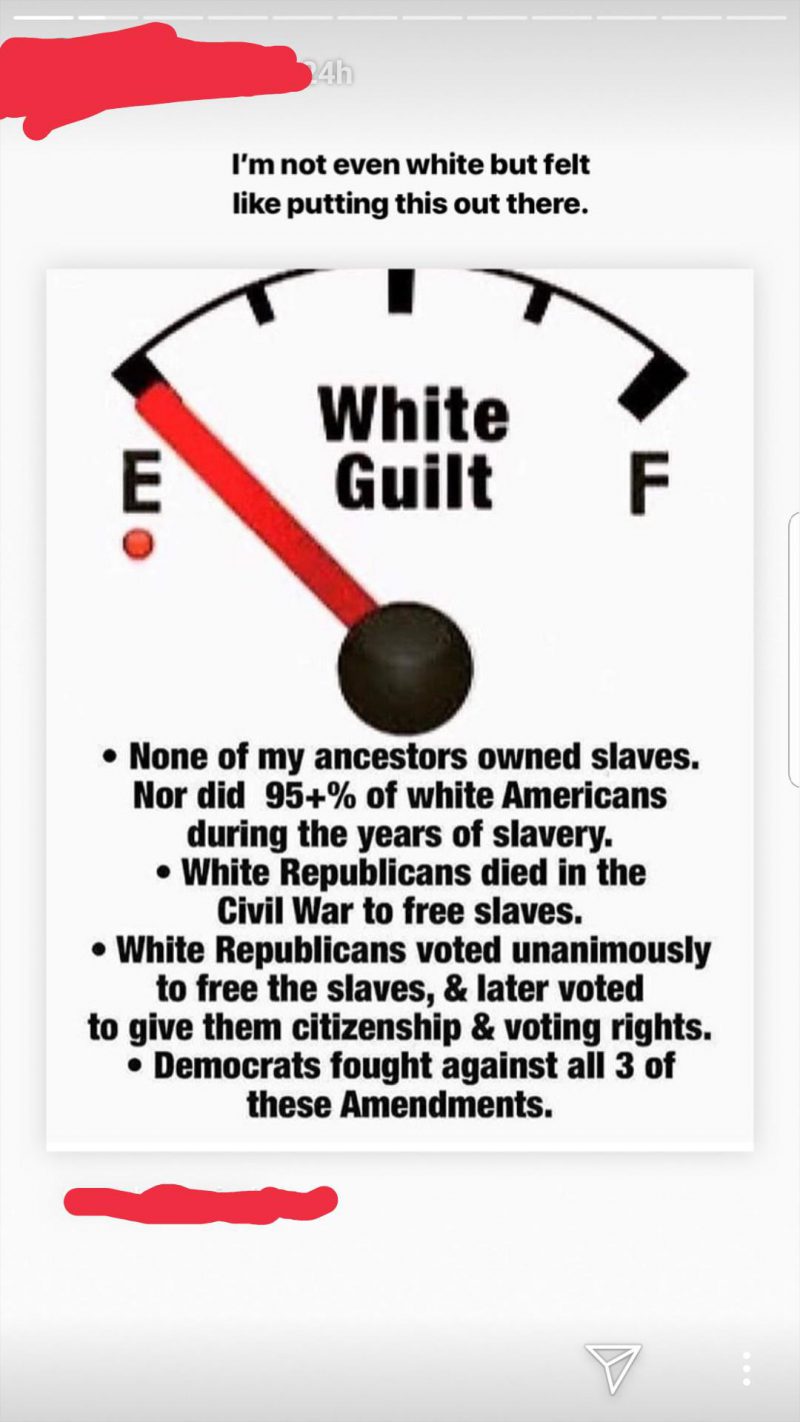 Republicans did this? The South was conservative and wanted to keep States’ Rights and have slavery slowly expire, as it was destined to do with the rise of machinery. This is DR3 in a novel form. 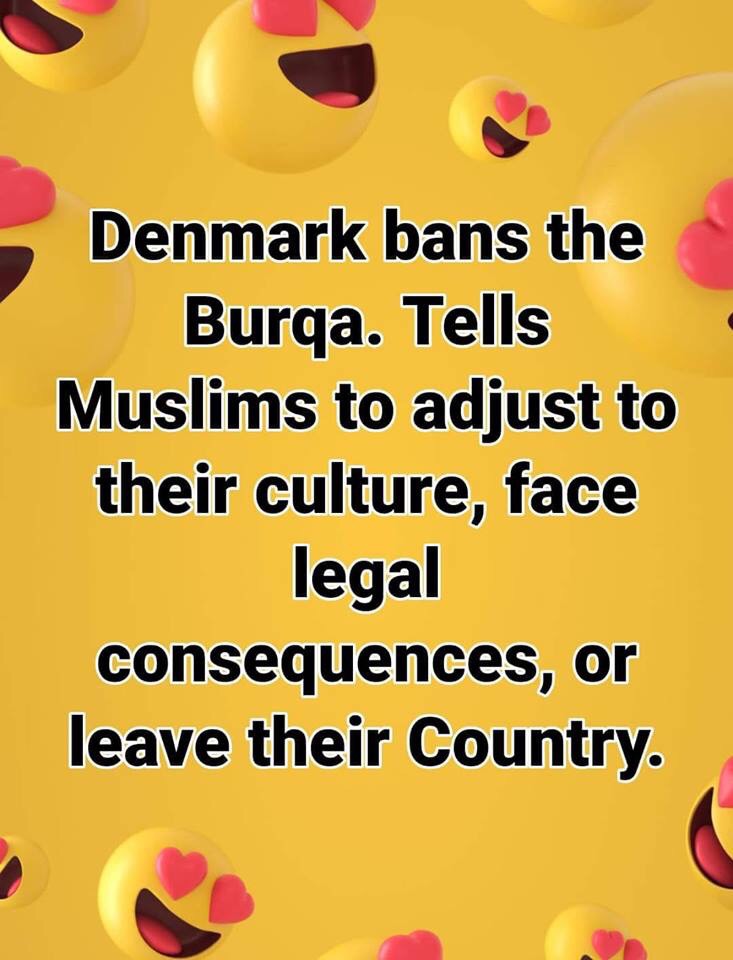 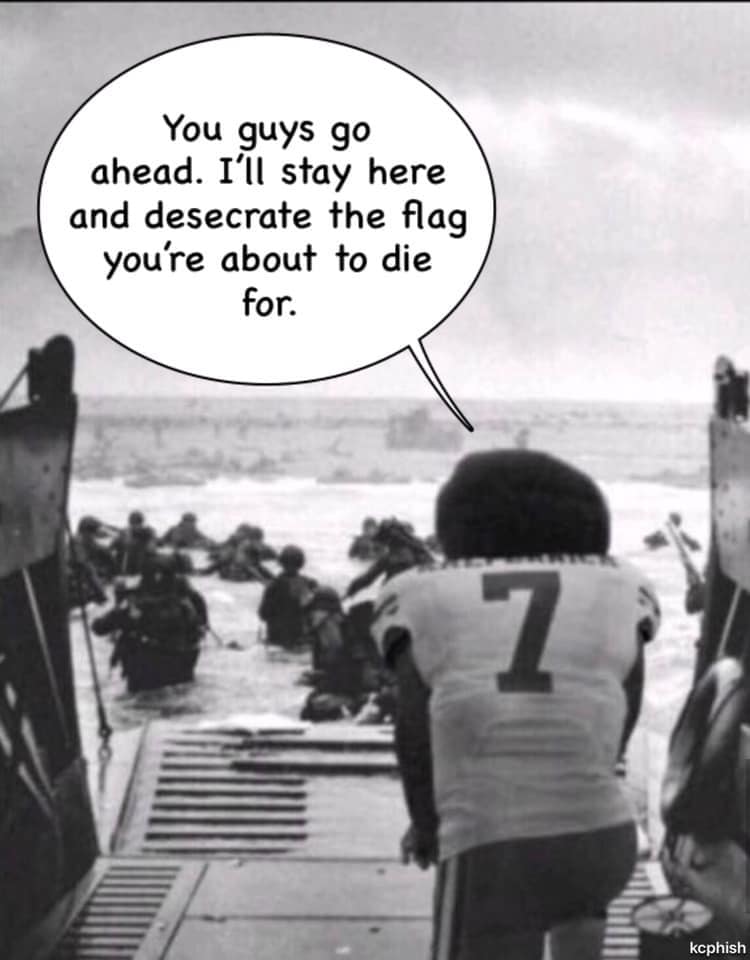 We get it, Colin Kaepernick is annoying. However, if he is telling you that your flag will not work for his people, maybe you should listen. 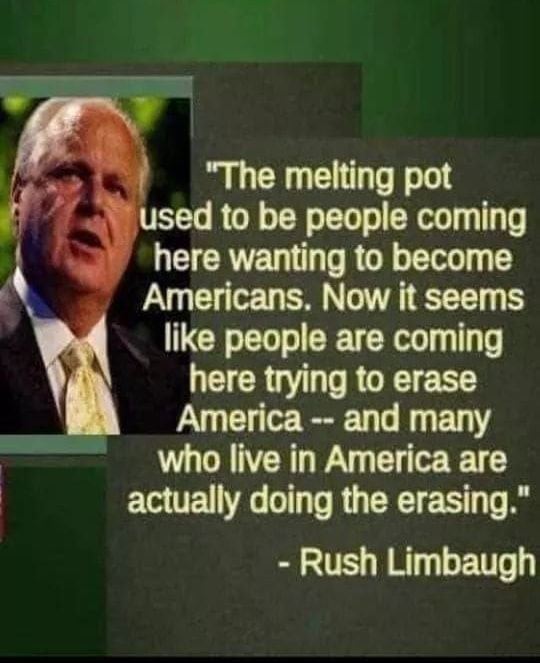 More denial of race, ethnicity, and the need for a nation to have a founding ethnic group and consistent ethnic identity. Conservatives advocating the melting pot? Just woo. 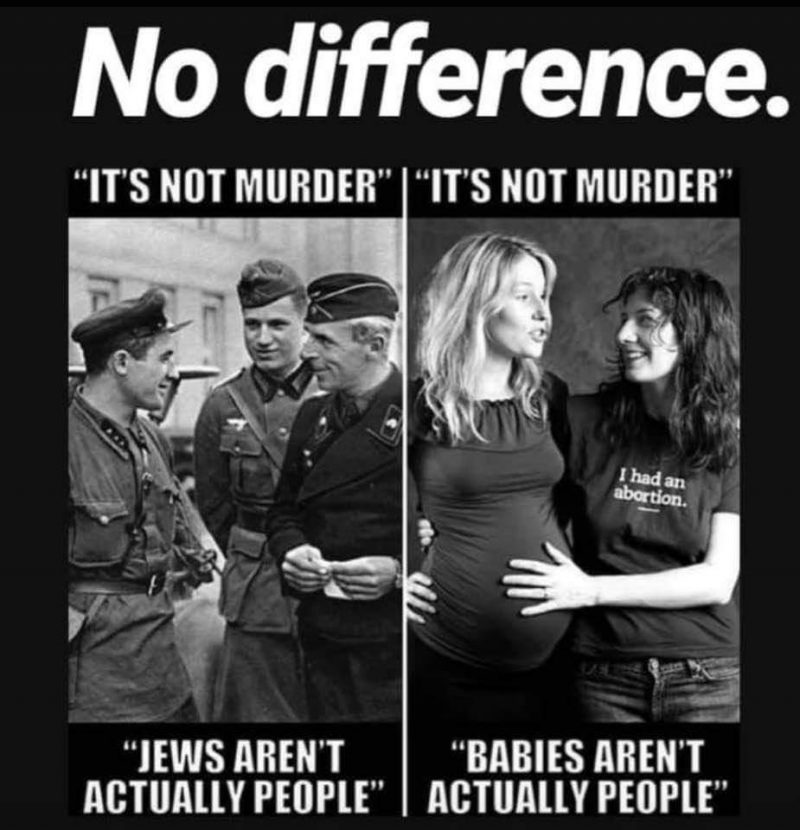 Those evil Nazis probably wanted to abort everyone. Remember, America good, everyone else Hitler. Whatever you do, good patriotic Republican, do not think that the Communists are our enemy. Oh, no; they fight for freedom (and we love freedom, amirite?). 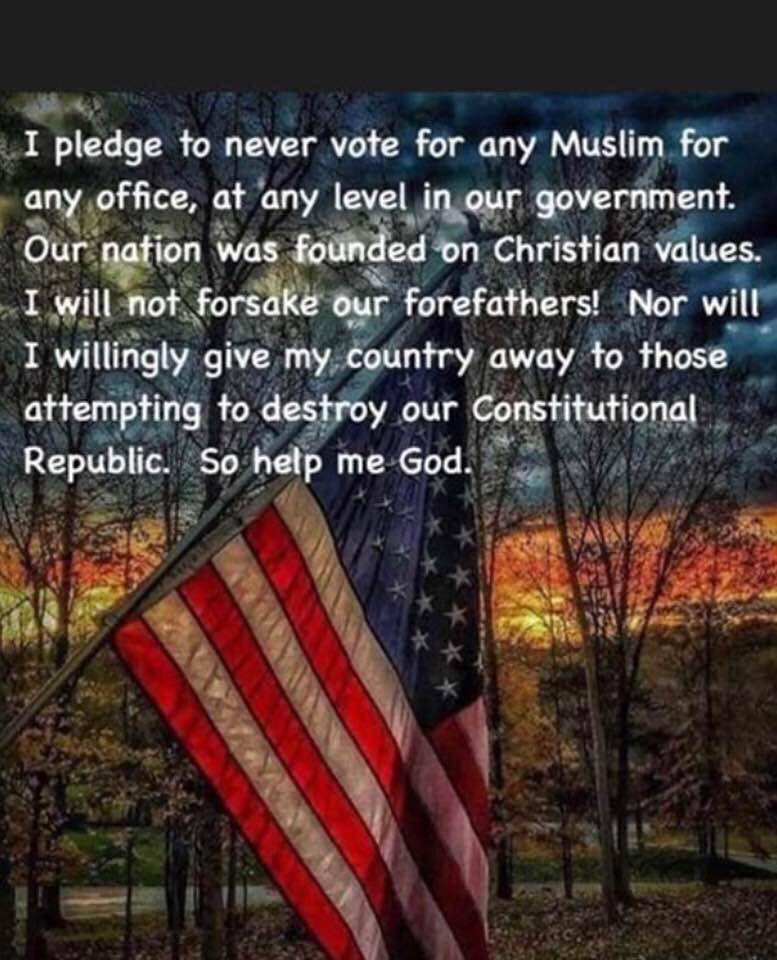 Some people want the world to save itself by converting to Jesus, even though that is a voluntary act that most people will not undertake. Unless you believe that the symbolic God is literal and demons will descend to actually sodomize these people in Hell, none of this makes any sense. Religion describes what our minds are too puny to understand, and it uses metaphor. We are in the driver’s seat and we have to make things work in reality, not try to convert everyone to a religion that they will promptly misinterpret as convenient for them. 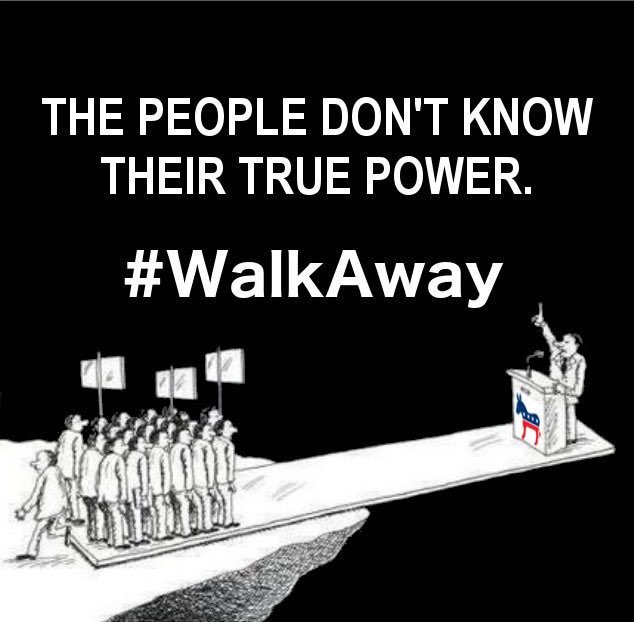 More patriotism, this time assuming that “the people” exist instead of a squabbling group of special interests, including different ethnic and religious groups. 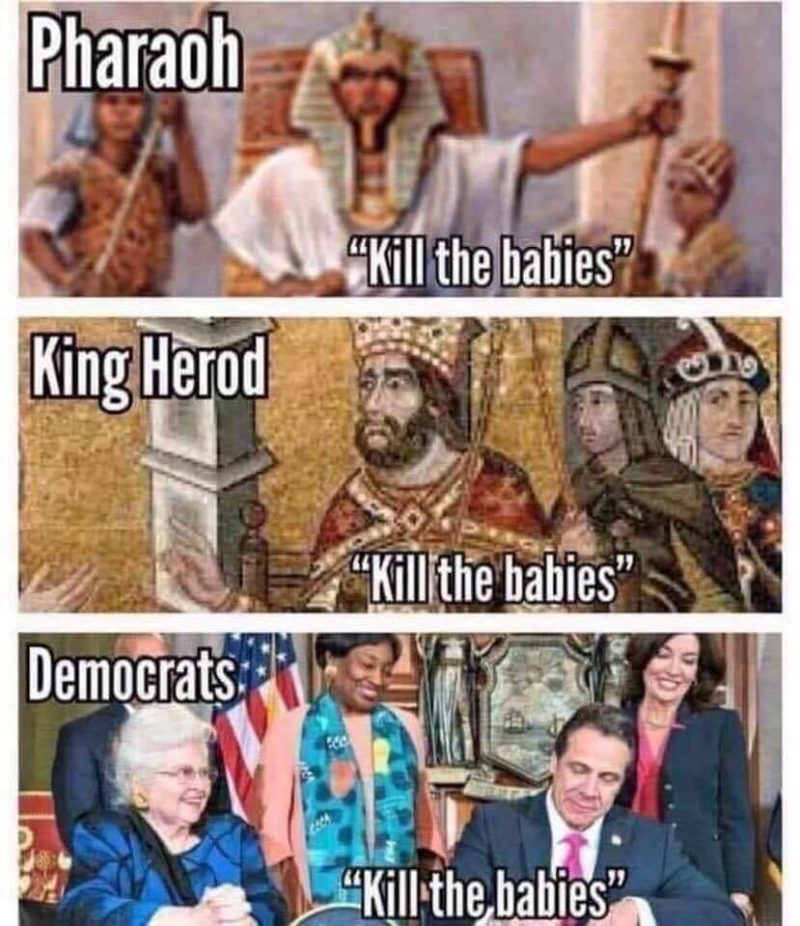 Propaganda 101 seems to involve finding some historical figure that you detest and comparing your enemies to that person. Cheer for good team, boo at bad team. 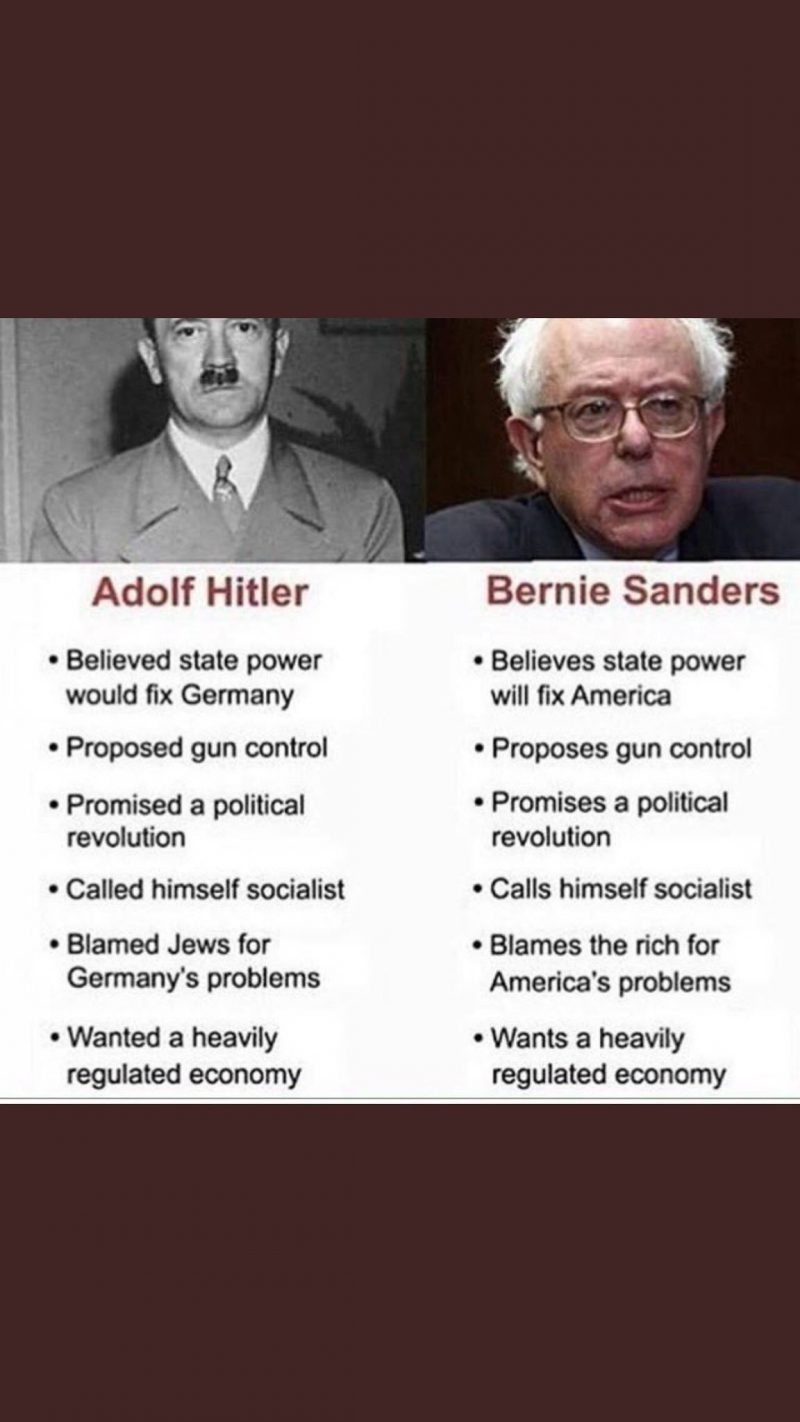 Yep, the Jewish socialist is just like the German National Socialist. They share a belief in the big state and socialism, which is sad of course, but otherwise, there is nothing they have in common. Just say the most accurate thing you can, which is that Bernie may not be 100% Communist but under the right circumstances he would be. 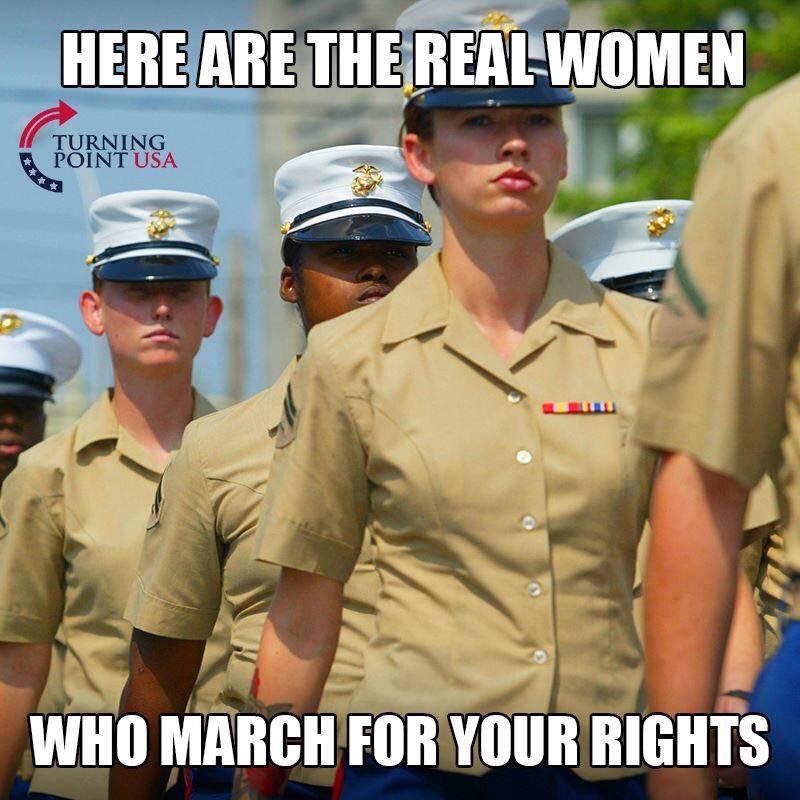 Let’s support traditional values like… IDK… women in the military? If transgenders wave our flag, and foreigners erase their own culture and assimilate by adopting our political values, then they’re good conservatives too! 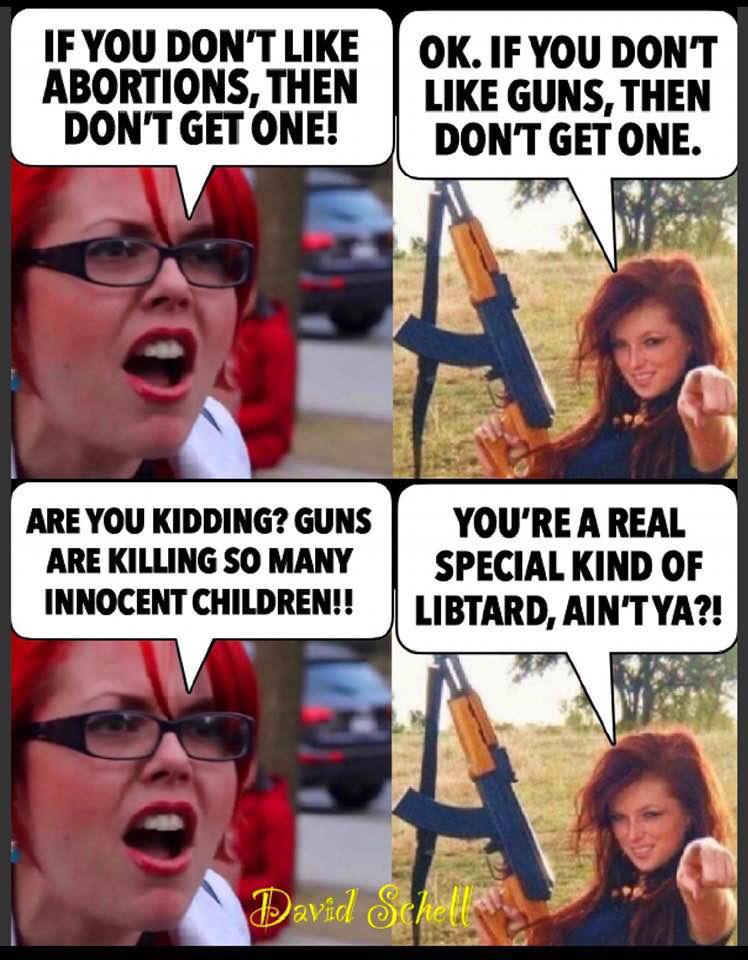 If you do not like racism, do not be racist. Oh wait, actions have consequences beyond our personal choices. This one seems like propaganda written by oblivious mall shoppers to other oblivious mall shoppers. Civilization does not need defending; all that matters is your choice (and whether you have a coupon). 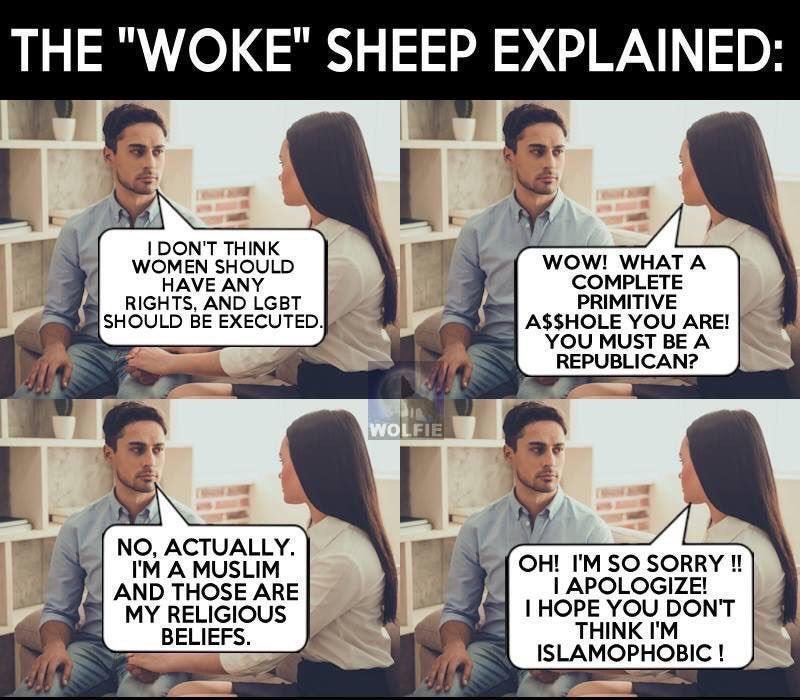 This one calls out the hypocrisy of the Left, but does so by defending Leftist values like sexual equality and normalization of LGBT. Conservatives, are you conserving… anything?

And then: religious woo mixed with conservative woo. See, he used the bad symbol. Therefore do what the Bible tells you, which no one seems to understand anyway. 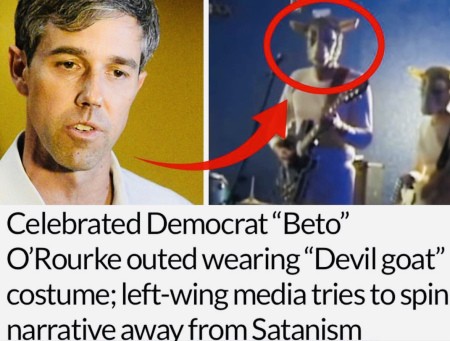 Woo consists of an absolute good guy, an absolute bad guy, and a gotcha. The “gotcha” is classic human social behavior: catching the other person doing what he says he opposes doing. This is why woo against the Left tends to criticize their implementation of equality, not the idea of equality itself. It seems to successfully criticize them as hypocrites, and that makes the person spreading the woo feel more intelligent and superior to those silly Leftists.

At the end of the day, woo serves simply to unify the troops and to deflect blame. The person on the Right who finds the woo meaningful tends to be someone who correctly identifies that a problem exists, but has no interest in it beyond its effects on them personally.

We can see forms of historical woo that reveal this mentality:

This material is designed to make people feel intelligent and in control for being on the Right, although this is a “mixed Right” because it rejects anything which offends the social conventions of their time, which in our time are mostly Leftist.

Therefore, you see a good deal of “Democrats are the real racists” and similar thought, adopting Leftist values as a way of making the Leftists seem insufficiently Leftist, which is the same thing political correctness does.

Our future can be bright, but we need to set aside the woo because woo encourages armchair activism. Yay for good team, boo for bad team, then go right back to work, shopping, and paying those taxes to the entitlement state that is trying to kill you.