Women Are Not Machines 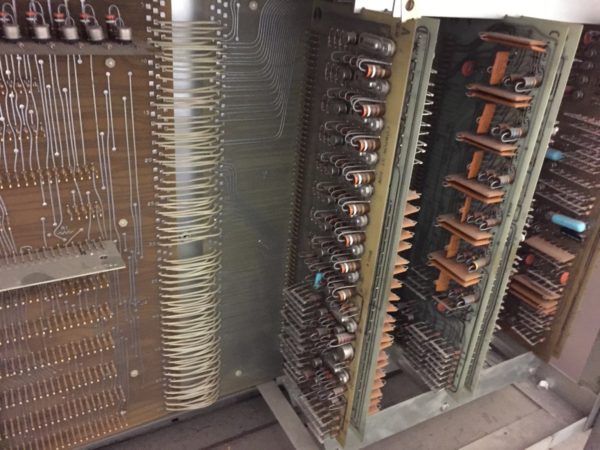 On the Right, the temptation is to realize that the all of the assumptions that form the basis of our current society are lies, and therefore to go the exact opposite direction.

This is a strategic error.

The opposite of what we have now is the same mental state with a different starting direction. Because it is the same mental state, whatever direction you take will lead to the same cycle, and opposite extremes will connect. That will re-create the same problems we have now, but also create the ultimate crypto-disaster scenario: we will think we have solved the problem, but in fact, will have made it more entrenched.

What this means is that we cannot avoid the crisis by attempting to be its opposite. We must find a different direction instead, and reach toward that instead of merely pushing away from what we know.

Nowhere is this dilemma clearer than in the Red Pill attitude toward women. Sure, you reject the modern view that women are special snowflakes who are entitled to be whores whenever is convenient, and who in a political sense serve as usual idiots obsessed with womanhood. Your average woman may be that; the smarter ones, obviously, resist it and many break free. But you need another view of women that is not entrenched in the modern illusion.

Arising from the Rightist view that most human behaviors are deterministic, and the introspective without experience nature of the solitary male, the tendency of Red Pilled males — especially those from STEM backgrounds — is to treat women like some kind of alien life form, or even a mysterious machine. Press the right buttons, and you are in control, and can direct the machine as you see fit.

Look at this well-intentioned but unrealistic mating test for potential wife fodder [email author] for the STEM autist Christian Right:

Explain the roles of a man in a marriage, and tell me some of the things you would do in order to help your man to achieve those roles. What groups would oppose your husband from fulfilling those roles, and what have you done in your life to prepare yourself to help your husband in his roles? What are some of the most important things that a man needs from a woman, and what specific things should a wife do to provide them?

SAMPLE ANSWER: Men are supposed to be protectors, providers and moral/spiritual leaders. In order to help men to be protectors, women have to give them time to study to discern truth from lie, and support their ability to be physically strong, and to own firearms. It is also a good idea for women to have a positive view of good men who use force to restrain evil, as with the American military. Women should support the use of force against radical Islam and terrorists, as well. In order to help men to be providers, women have to advocate for fiscal conservatism in the public square. That would mean advocating for lower taxes, less government spending and smaller government. It would also mean being frugal in the home and helping the man to move ahead at work. If the children are up and out of the house, it could mean going back to work or starting a business to help make ends meet â€“ or monitoring investments. For a man to be a moral and spiritual leader, a woman has to be supporting of him making moral judgments in the home, disciplining the children, holding her accountable for moral errors, and for making exclusive truth claims when it comes to spiritual things. She should not censor him when he gets into debates about spiritual things, even if other people who disagree feel bad â€“ so long as he is not being a jerk. Her goal is not to be popular or liked, but to support her husband in his roles. The most important thing a man needs is respect, and that means treating him as important and significant, being grateful for his contributions, soliciting his opinion on things, being mindful of his male nature, which is more visual and sexual.

These are sample answers he wants from any wife candidate to show that she is oriented in the right direction. It is both test and contract, not just killing the romance, but introducing a misery and tedium that should kill the relationship quickly.

His plan treats women as some kind of coin-operated machine. Put in your coin, select the right button, and take her home like you would any other product. This is not only unrealistic, but entirely contrary to the nature of traditional attitudes toward family. However, it is exactly the type of thinking that one can expect from STEM people who have not reached beyond their comfort zones.

The West understood romantic love once, and you can see it in classics like Pride and Prejudice, but this notion has been washed away under the onslaught of prole notions of sex=love and commercial ideas of how to sell people on perpetual childhood so they can be perfect domesticated product-buyers, fundamentally miserable and thus always in need.

But the scary fact is that people are individuals, and romantic love was not about sexual attraction, but finding someone comparable to oneself with whom one could spend a lifetime. The romantics bonded their ideals intensely to death in order to achieve this time scale, and the vision of love they found was about what everyone hopes for: someone to grow old with and never feel out of place. This is compatible with genetic determinism because people are looking at inner traits of others, which starts with general race, ethnic, caste, class and social compatibility on a genetic level.

In this way, romantic love was utterly opposed to the idea of universalism, or that all people were essentially the same. Instead, it sought the union of individuals matched in ability, inclination and aesthetics. This formed the basis for a lifelong friendship and partnership which could result in family and have that family be content because the parents just made sense together.

STEM-addicts/MRAs and others are caught in the utilitarian idea that all people are the same, and this perverts the ancient knowledge of biological determinism. Under the egalitarian ideal, people are basically the same and can be manipulated by the same incentives and punishments. Under the romantic ideal, in contrast, it is the exceptional and unique nature of people that allows two to match up as a couple and then a family. Biological determinism supports the latter — unique traits — over the former, which emphasizes uniform traits in denial of nature and reality.

In reality, what we can observe matches the romantic notion more than the STEM mechanistic one. People differ widely. Some match up because they are similar in position in the hierarchy of humanity, and matched by temperament. This creates a solid basis for lifetime interaction that brings about the most pleasurable result of all possibilities, including remaining single or a less committed marriage.

This cannot be forced with the industrial-style, control-based and mechanistic view of women that sees them as objects to be manipulated. Relationships and marriage are partnerships based on the moral choices of individuals and their aptitudes, not forcing people into manipulative frameworks which treat them as little more than robots.

Traditional roles exist for a reason, and if we become separated from that reason, we are nothing more than repeaters of the methods of the past without understanding the purpose. Every household needs a leader, or each decision will become a debate, so we choose the person optimized for leadership style decisions, which is the male. Balancing that, women provide a counterpoint: an understanding of detail, depth and sensation that allows for the configuration of a happy home. The two balance one another, and the leadership role of the male does not entail the loss of autonomy and authority by the female. To act otherwise is to defile the traditional institution of marriage, and replace it with a thoroughly modern notion of control.

Under control, each person is seen as a means to an end, and this is fulfilled by having the all use exactly the same methods to agitate for an ideological purpose. Even reality becomes a means to an end under this mentality, which filters what is compatible with the ideology and rejects the rest of the data. Control makes people into idiots, but it is required for egalitarianism to exist as has been creeping into the West for the past thousand years.

In addition, with these extreme doctrinaire STEM-Christian types of thinker, we see that religion serves as a proxy for culture/race:

In my case that means:

In particular, with this writer, we can see that his adherence to Christianity is in part an attempt to staunch the blatant cultural confusion:

Christianity is a part of the singular healthy civilization design for the West, but it is not the whole of it, nor the core of it. The core of it is a desire to do good and be excellent, to aspire to more than our domesticated livestock lives of jobs, credit cards and shopping. We need to want to be great again. If we do that, we will have Christianity, as part of our sensible society but not attempting to lead it, because we need kings to do that and history shows us it will be disastrous if we let priests compete with kings for power. What that means is that Christian fanaticism is not “the” answer even if it is part of the answer.

Unfortunately, modern people are inculcated in the mentality of a one-size-fits-all solution that can be implemented immediately by either overwhelming force (government) or mass conformity (control). The STEM mentality plays into this because STEM fields specialize in knowing how to do things without ever knowing how to assess the goal and why it is important.

When this mentality is applied to women, it produces a robotic pre-emptive knee-jerk view that guarantees misery. Most of these guys will end up with fetal alcohol syndrome wives or other complacent, somewhat stupid women; this is why the great White Nationalist dream is either to run off to Eastern Europe or Asia for a bride. It is not that they believe these places are better, as they loudly say, but that they want a little robot to apply their robotic thinking to so that they do not need to interrupt their own solipsistic, narcissistic or egotistic narrative.

In this way, they are identical to Leftists.

As with most things in life, the question of relationships is nuanced. Here are a few very general thoughts:

Humans suffer from one essential evil, and that is self-centeredness. We do what is mentally convenient and ignore what we have an obligation to notice. This, unlike Hollywood evil — where the evil intends to be evil — is the source of all of our downfalls, and is manifested in behaviors like solipsism, individualism, egotism and narcissism. Treating other people like machines, or as categories instead of individuals, is one manifestation of this behavior.

Again, we cannot defeat modernity by attempting its opposite. We can however have a different goal, and if that is tradition and health, we will naturally curve away from the insane behaviors of modernity and find ourselves in a new place. But with women, as with many other areas, this requires a nuanced, detailed and balanced look instead of a robotic STEM-tard rigidity.