Why Western liberals should embrace ISIS 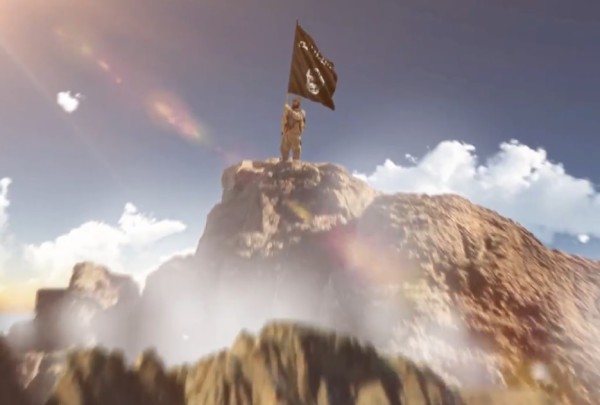 Do you believe that everyone is equal and that there is no difference between the races? Do you think that national borders and races need to be abolished? Do you want everyone to be equal in the eyes of a strong individualistic moral order? If so, let me introduce to you an organization you may be interested in joining:

You may have seen videos like this before. In this one, youâ€™re enticed to recruit into a new group in order to fight for what they view as moral progress. No more must human labor under the threats the video mentions — nationalism, corporations, rich people, fornicators and the military-industrial complex — but we can live in a new better future if we just adopt the ideology of the group and overthrow everyone else.

The promise of this video is equality for those who join the crusade. “We are the soldiers who stomp the idols of nationalism,” it says, adding that “the difference between an Arab and a non-Arab, or a black man and a white man” is non-existent. All are united and equal in following this order, which is based not on real-world concerns but a morality of how we treat others. If you are willing to make others your equals and devote your life to establishing this new moral world order, you will be protected as one of the tribe.

Have we heard anything like this before? Strip back the exotic covering and we could be looking at the Democratic debates. Their goal is to make everyone equal — everyone, that is, who accepts the Democrat new moral world order of equality and permissiveness. They, too, want to abolish national borders and make the races equal. They want to unite the Arab, the black man and the white man, and they want all of us to agree on this type of ideology — which resembles a religion more and more every day — to take over the world.

When we look under the skin like that, we see what ISIS really is: an Islamic version of the Western liberals we interact with daily. Beneath all the shocking tactics and religious zeal we find egalitarianism with an oppressed underdog complex that remains regardless of power acquired, because when everyone is equal, one needs to invent a justification that allows for the destruction of everything that stands in the way of the totalitarian ideology. Perceiving and advertising oneself as disadvantaged provides this justification. They even mention how they counter our $250,000 AGM-65K missiles with the lowly $0.50 rifle round. Take that, elitists!

It will be interesting to see what happens when this realization seeps through the thick skulls of useful idiot leftists. As enemies of Western civilization themselves, their hearts may warm, and they may become even more defensive and protective of ISIS than they already are. How could a good leftist stay mad at a group that eagerly demolishes its history to pave the way for egalitarian utopia? And then replaces that ancient, nationalistic and elitist history with a new era where it doesn’t matter what race you are, how much money you earn, or even if you’re good at anything, because if you join the crusade, you’re brothers in Allah.

This message must be appealing to liberals especially when broadcast in HD with high production quality inherited from liberals’ favorite Hollywood films. We can see shades of Forrest Gump, Good Will Hunting and Napoleon Dynamite in this ISIS video. There are also overtones from the Freedom Riders refusing to sit at the back of the bus, Harvey Milk winning his first election and suffragettes pushing down the doors of city hall. This could be a trailer for a film about the Civil Rights Movement directed by Michael Bay. ISIS may be a strange foreign entity with seemingly barbaric practices, but at their heart, they are just like us… or at least, like liberals.