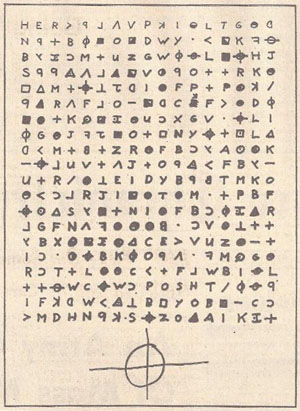 To be popular on the internet, or in society at large, you must find out what people agree with and say it loudly and proudly.

However, this is an anti-modernist site. This means that we identify the problem of our species not as a specific country, or a specific ethnic/religious group, but as a philosophy. Specifically, the Enlightenment spectrum of beliefs that we now call liberalism, leftism, socialism, anarchy, communism and progressivism — these are degrees of the same idea.

In our popular media we are told that “modernity” is a product of technology. It’s more accurate to say that modernity is a mentality, and technology is a linear product of investing ourselves in technology, such that no matter what political system we have, several centuries after beginning technology we will have high technology.

The Enlightenment unified itself with a single idea: the individual human preference as the organizing principle of society. Instead of working from need to solution, we invented a universal solution, which was to let individuals choose what they preferred (or preferred to believe) and hoping the largest number of them were right.

This worked for a time, mainly because of the vast investment in parenting throughout European history. This produced successive generations of smarter, stronger and more able people. As a result, even under an insane philosophy, they thrived.

However, as it gained momentum, it began to kill off such people or at least encourage them to breed less. That is because when you put the human preference beyond critique, the preferences that are unrealistic win out over the realistic because the unrealistic is always appealing to the broad swath of society which is lost: the young, the gender-confused, the alcoholic or shattered by personal tragedy, the ethnic/religious minority, the freaks and geeks, and others for whom society has not worked out. They form a coalition of the radical.

Amerika.org is run on the opposite principle; the reality principle. We observe what’s out there, and we report back. This outrages people who think we should be working in a reversed action, by thinking what we wish were true, and then finding data out there to support that and make it seem real.

When you see people ignoring us or enraged by us, it is because they don’t like our approach. We’re not here to be popular; that’s a Modernist con. We’re here to leave Modernity behind. You cannot fix a disease with more of the disease itself, just slightly flavored with your ideals. You need to defeat it in whole form.

I’ll submit a radical idea here, which is that conservatives are not in charge of this modern world for one simple reason: we don’t know what we want.

We know what we don’t like, and we have specific issues we don’t have resolved, but we don’t have the underlying reasoning hammered out. Why those issues are important, for example, is often a mystery, and so we have to fall back on inventing disadvantages like crime, chaos, etc.

The reason we don’t have the underlying reasoning hammered out is that we are a circular movement. We listen to each other, we react and try to build consensus based on what people say. This ignores the basic fact of life which is that most people don’t know what they want or need, and radically less so in groups.

They can however recognize it when they see it.

From understanding of this simple principle, this blog attempts a different approach than “let’s get successful through popularity.” Our approach is to succeed at identifying problems and solutions, and to attract the thoughtful and leadership-oriented people out there who can appreciate what’s going on.

Only by building such a central core of understanding to our movement can we compete with the liberals, who are united under a simple (maybe even simplistic) ideology and thus are more mobilized than we are.