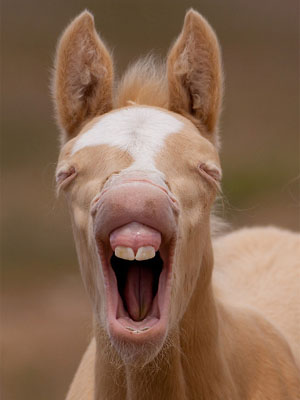 Do liberals believe in evil? Examining the political and cultural conflicts portrayed in the media fosters suspicion that they do not. Think how often liberals attempt to excuse horrific crimes as somehow not being the responsibility of those involved but the result of flaws in society, such as inequality.

My investigations suggest the situation is more complex. Consider the following thought experiment: When conversing with a liberal, you ask, “Do you believe in evil?” The likely response would be an attempt to artfully dodge the question. They may demand you clarify what you mean by “evil” or ask if you’re religious.

Now imagine asking the more direct question, “Do you believe racism is evil?” You will be met with a resounding “yes.” It is inconceivable that any other answer occur. They may even throw in a “duh” for good measure, to show how obvious the question is.

Within the liberal point point of view, this answer makes perfect sense. Liberals don’t believe in good. To clarify, they don’t believe in any objective sense of good. Good is whatever any individual person wants it to be. The only evil is to state otherwise, but let me not get ahead of myself.

Liberals fundamentally view people as being born perfect but then corrupted by society and its institutions through various forms of oppression. Essentially, people are born “free” to pursue their self-fulfillment. The only thing separating humanity from utopia is the existence of unenlightened authoritarians demanding objective standards.

This outlook explains liberal positions. Most (sane) people prefer society to be governed by general principles and then let communities, families, and individuals iron out the details. Liberals, by contrast, examine as much minutia as possible. The conservative expects a business to be run in a fair, honest, and respectable manner. Those concerns being met, the internal workings, business strategies, day to day operations, etc. are up to the owners and employees to work out. The liberal wants to examine every facet of the business they can. What exactly are the demographics of this business, and how do they compare to the make-up of society? Does this business provide special accommodations for LGBT and gender queer individuals? How do the salaries of each individual within the company compare to one another? Are religious or cultural holidays recognized in this company; if so, do they also give equal recognition for Kwanzaa, even though nobody celebrates Kwanzaa? And on and on, on and on…

At first this obsessive examination appears at odds with the liberal tendency toward social anarchy, but looking further it becomes understandable. The liberal ideology of victimhood forces one into a state of habitual paranoia whereby one must constantly be on the look out for signs, not matter how subtle or seemingly innocuous, of oppression, and because the laws and measures put into place never yield the desired results since natural laws deny the liberal ideal, a vicious cycle emerges. Thus in order to “liberate” mankind, the liberal spends tremendous energy and resources attempting to exert their will onto others, and eventually becomes totalitarian.

Because the liberal has no objective conception of good, s/he becomes obsessed with and eventually consumed by the concept of evil. Furthermore, because the liberal has nothing but a vacuous conception of good with which to contrast evil, evil becomes a similarly nebulous concept. When taken to its logical conclusion, a total inversion of moral and ethical principles arises.

In light of all of this, pragmatism and ideology merge for the conservative because moral relativism is always a losing position due to its innate incoherence and counter intuitively. Thus, properly articulating what is right is arguably the strongest weapon conservatives can wield. The question then becomes how best to do so.