American exceptionalism is not what people think it is 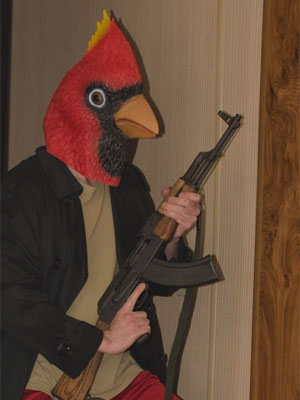 As Barack Obama finishes up the job Bill Clinton did, which he was hired to do by the same clowns who brought us the vapid liberalism of 1968 and the slavish praise of the hippie era that comes from those too burnt out to recognize they’re worshiping dead ideas, we hear a lot about “American exceptionalism.”

We especially hear this from people who are too exhausted and frustrated with modernity to notice that they’ve become the 2010s version of the 1930s “useful idiots.” These have turned to Russia as their new vision of what will save the West. They are convinced American exceptionalism, whatever it is, is dead.

Even worse are the bloviating idiots in our media who specialize in using terms without defining them and then, by adjusting those meanings, claiming either salvation or destruction from miniscule alterations in actual reality. According to them, American exceptionalism is both over and transformed into its essential form, diversity.

I’ll submit a different point of view, which is that American exceptionalism is misunderstood. Further, that each party is misunderstanding it because they cast it in their own image.

First, what is American exceptionalism? A qualified source explains:

American exceptionalism is a concept that was shared by observers throughout the Western world, not just Americans. The Founders certainly believed that they were creating something of extraordinary significance. Thatâ€™s why the motto on the Great Seal of the United States is novus ordo seclorumâ€”â€˜a new order of the ages.â€™ But it was foreigners who took the lead in describing the United States and Americans as being unlike all other countries and peoples.

In other words, American exceptionalism posited a new way that broke from the past and was unique. It was not necessarily Utopia, or a superiority trip. It was however seen as different. But then we have to ask: what was it that made America different?

The mainstream media people want you to think it was our hyper-extension of democratic thought to include equality between all people. And yet, this idea existed long before America but was not stated in such radical terms. For them, America is personal equality. This is the essence of liberalism.

The UIs want you to think that America is exceptional for her military empire. They see the post-WWII period as one of American interests predominating. But much as with Rome, America’s empire spread not by deliberate acts, but incidental ones in order to preserve trade and communication.

For many others, American exceptionalism was an economic concept. You could move here, and in Horatio Alger style, build an empire from nothing. It was the land of opportunity. When this was opened up to non-white populations in 1965, it became an “escape valve” for the developing world.

But if we look at history and seek out what actually caused America’s uniqueness, can it be found in politics, economy or military? I would argue that we should be looking instead at the one thing the pinhead social scientists cannot measure, which is culture and spirit.

American exceptionalism is an outlook. It’s a practical viewpoint borne of waking up in a new land with nothing but what you can make with your two hands. As a result, it’s the re-booting that Europe fears. Breaking from tradition enabled us to escape where that tradition had become corrupted or self-serving of special interest groups.

What defines America is the frontier. Unlike Europe, we recognize that without a constantly expanding target, stagnation occurs and we become an inbred bureaucratic state living off the greatness of the past and parasitizing its own citizens.

That isn’t to say that people in Europe do not recognize this as well. F.W. Nietzsche first among them, Europeans recognized the moribund path of their post-Enlightenment society. However, America is unique in that it pursues a frontier both socially and intellectually as well as physically.

People have been trying to drag America down for years. Barack Obama is representative of these but not unique. They all have the same attitude: instead of focusing on the frontier, we should subsidize our own people. They ignore the fact that subsidies/welfare are a denial of Darwin, where the frontier is his affirmation.

As the Bible says, “The poor will always be with you.” Society is not a zero-sum game, where some win by taking from the others, but a question of each producing enough for itself. When some are non-producers, or can only be producers when told what to do, evolution leaves them behind.

Society suffers when it turns its focus from a frontier to those who are losing out. That’s exactly what Obama and his crypto-Marxist liberal cadre want us to do. It’s also the system under which Europe runs, a kind of benevolent socialism. Yet as Nietzsche notes, Europe was strongest when it had the opposite attitude and ground the lesser under its bootheel even within its own borders.

In the coming months, the UIs and their allies will do as much as they can to try to destroy the USA. But, much like The Holocaust, this is a case of expending necessary energy on a false enemy. The real enemy is the turning away from the frontier, liberalism, and wherever it exists, the West will fail. Including Russia.

Not my problem | Why this will never be a popular website