Why They Drink The Kool-Aid

by Jonathan Peter Wilkinson on January 1, 2019 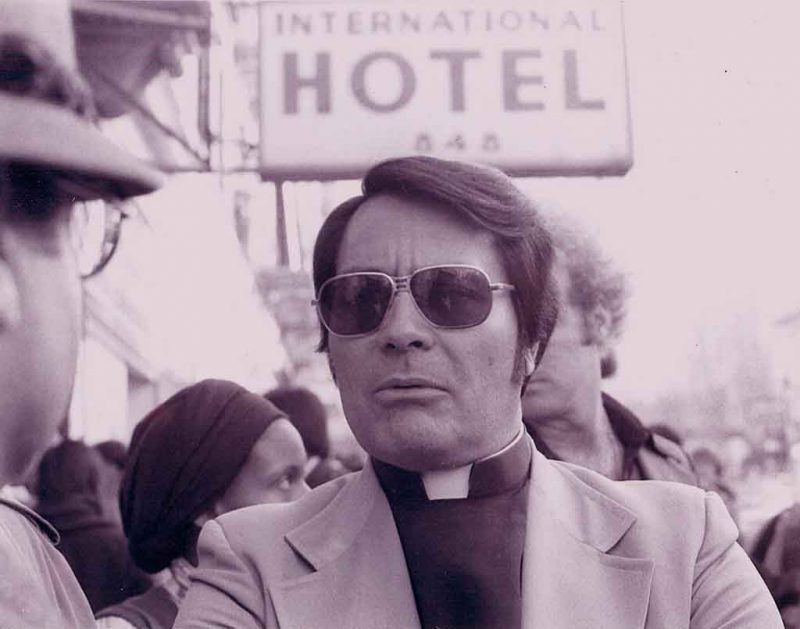 So let’s say you work as an ad man. You’ve got the account of a lifetime selling tooth decay and Type II Diabetes to children across The Fruited Plane in the form of sugar water with just a smidge of chemical artificial flavoring. This account is easily your firm’s biggest cash cow and the advertising all but writes itself. Life is good on Easy Street. What could possibly go wrong?

Nov. 18 marked the 40th anniversary of the mass murder-suicide of more than 900 people. Most of them were Americans who were members of a California-based cult called the Peoples Temple of the Disciples of Christ, run by the Rev. Jim Jones, and most died by drinking cyanide-laced Flavor Aid, which led to the Kool-Aid saying.
It became known as the Jonestown massacre. Until 9/11, it was the largest loss of American citizens in a single incident.

Bummer, Dude! Here our hypothetical advertising account exec had the gig of a lifetime. Now snarky 12 Year-Olds are mocking his meal ticket by saying “Hey, pass the bug juice!” Make our advertising guy solipsistic enough, and he could even ask himself. “How could The Jonestown Massacre happen to me?” Therein lies an interesting tale.

Cult leaders arise in a vacuum created by a breakdown of social institutions that provide average people with enough meaning and acceptance to get over being very insignificant and average. People who can see a complete circle of life and feel like even their small and generally invisible role accomplishes something good: don’t drink the Kool-Aid. They give thanks the last Thursday in November.

While sitting on the sofa, eating egg rolls fried up on the back porch, and helping dad send a few of the most recent homebrews off to Valhalla while members of The Detroit Lions physically wreck their bodies on TV; trouble doesn’t seem like it can find you. Perhaps it’s the particular amino acid in the big, fat bird. Maybe it’s seeing three generations of the same family under one roof and in at least temporary harmony. It lets a person drop his guard and just relax in the temporary respite from despite and discontent.

But getting back to The Rev Jim Jones. Imagine if you will a place where all the social rewards have been deliberately stripped. Not only stripped, but maliciously nuked from close-earth orbit. You would have discord. You would suffer entropy. It would be a cold and dying world like the product of a Science-Fiction dystopia. Imagine Haight-Ashbury after the Visigoth Holiday known as The Summer of Love ran out of cheap dope and free beer.

“I thought Jimmy was a really weird kid,” Jones’ childhood friend Chuck Wilmore recalled in the 2006 documentary Jonestown: The Life and Death of Peoples Temple. “He was obsessed with religion; he was obsessed with death. A friend of mine told me that he saw Jimmy kill a cat with a knife.” According to Jeff Guinn’s book, The Road to Jonestown, Jones also had an early fascination with Adolf Hitler. “When Hitler committed suicide in April 1945, thwarting enemies who sought to capture and humiliate him, Jimmy was impressed,” he wrote.

One thing psychologists know about violent children who grow into truly evil adults is that they work their way up the scale, so to speak. They practice animal cruelty as a gateway to going after human beings. Jones admired the power that charismatic religious figures could have over a mass of people. This appealed to his self-worship and his drive for power. He didn’t find a church who would invite him in, so he started his own: The People’s Temple.

Peoples Temple began in the 1950s in Indianapolis, Indiana under the leadership of Jim Jones. Jones and his followers engaged in numerous activities to help the poor. In addition, they made racial integration central to their work and mission. The church affiliated with the Disciples of Christ denomination while in Indianapolis. In 1965 Jones, his wife Marceline, their “rainbow family” of adopted children, and about 70 followers moved to northern California in search of a place which might be safe in the event of a nuclear war.

Indianapolis apparently lacked the requisite mass of deracinated failures to people his new empire of deluded, brainwashed loserdom. He went to where the weird go pro. He went to California. Here he did better. In his salad days, The People’s Temple flourished in both numbers and influence.

For the years between 1965 and 1977, when the group thrived in California, the numbers to be considered are these: There were upwards of 2000 members (including children) who were committed enough to the cause and who wanted to go to Guyana that they had passport photos and filled out application forms. There were between 4800 and 5000 photos of people (again, including children) who were committed enough that they gave the Temple their vital statistics for membership cards, including such things as pledges for stewardship, home addresses and phone number, etc. And when Jim Jones and other leaders said that between 16,000 to 20,000 people (both numbers are used) passed through the doorway of Peoples Temple at one point or another – even if it was to leave before the first service was over – the range does not seem to be an exaggeration.

Like will typically attract like. You attract what you believe in and think about in your mind. You will get what you ask for in accordance with The Law of Attraction. Jones wanted power and he attracted the politically ambitious Democratic politicians of 1970s San Francisco. His motivated NPC army provided “political services” for George Moscone’s mayoral campaign.

A meeting was set up between Jones and Moscone in the office of Don Bradley, the candidate’s veteran campaign manager. Bradley was initially cautious. “I was a little leery we were getting into something like the Moonies,” he later recalled. But after he looked into the temple’s campaign history and saw how effective it was in delivering victories, Bradley enthusiastically embraced Jones’s volunteer army. Nearly 200 temple members showed up at Moscone headquarters, fanning out to campaign in some of the city’s toughest neighborhoods, and helping the candidate finish first in the November 1975 election.

In the December runoff between Moscone and Barbagelata, Peoples Temple went even further to secure victory for its candidate. On the eve of the election, Jones filled buses with temple members in Redwood Valley and Los Angeles and shuttled them to San Francisco. Security at polling places was lax on Election Day, and many nonresidents were able to cast their ballots for Moscone, some more than once. “You could have run around to 1200 precincts and voted 1200 times,” said a bitter Barbagelata later, after losing by a whisper of a margin. But he was not the only one who claimed that the Peoples Temple stole the election for George Moscone. Temple leaders also claimed credit.

“We loaded up all 13 of our buses with maybe 70 people on each bus, and we had those buses rolling nonstop up and down the coast into San Francisco the day before the election,” recalled Jim Jones Jr. “We had people going from precinct to precinct to vote. So could we have been the force that tipped the election to Moscone? Absolutely! Slam dunk. He only won by 4,000 votes. I’m sorry, but I’ve got to give my father credit for that. I think he did the right thing. George Moscone was a good person; he wanted what was best for San Francisco.”

Jimmy Carter, Walter Mondale, Willie Brown, Jerry Brown (no relation to Willie), Dianne Feinstein, and Gay Ghandi himself; Harvey Milk all paid their respects to The People’s Temple. This is subconscious recognition of what Leftist politics are truly about. Absolute power. Absolute worship of the sovereign dictator. The end state of Socialism is always death, and death would come for Rev Jones and his followers, when the reverend could no longer tolerate what few restraints even San Francisco would place on his idolatrous self-worship.

It was time for him to move to Guyana. Here he founded an agricultural commune which he used as a personal harem and drug-shooting gallery. It eventually attracted the attention of a US Congressman who discovered this mess and was about to go public. Jones’ crazy followers shot the Congressman. Jones panicked and served cyanide-laced Flavor-Aide to his brainless, lost followers. The dummies drank it and tragedy ensued. But at least The Reverend died with the cool-looking sun glasses on.

This is only possible when human beings are completely disconnected from who they are and where they come from. This is only possible when diversity and modernity are shoved down our throats like a rape-dick. This is only possible when there is no culture, no identity, no love of one’s own phenotype allowed. Those mentally dead followers of The People’s Temple had swallowed the All-Amerikan Kool-Aid which had poisoned their brains and souls years prior to Jones’ demonic mockery of Christs’ Last Supper. So why did they drink The Kool-Aid? Because thanks to Amerikan Crowdism, they already had. Jones’ poisoning just made it all official.