Why the singularity will not happen 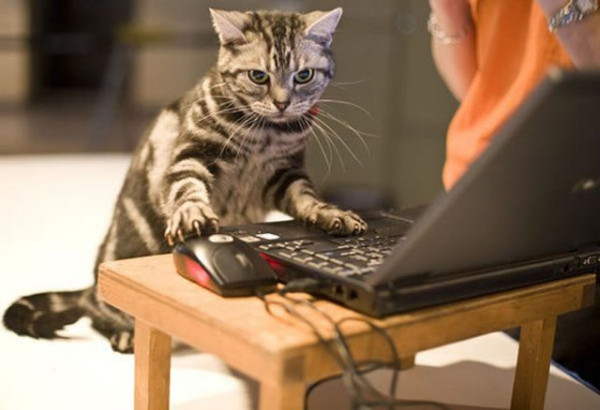 Those who want a prediction for our future as a species that is both positive and plausible often turn to the term “singularity.” This refers to a moment when our technology reaches such an advanced stage that it changes human nature and magically creates a new Utopia from our wiser, more advanced selves. Technologies commonly mentioned include human biological enhancement, artificial intelligence, brain-computer interfaces and transhumanism. But how likely is this singularity, given larger trends?

Leaving aside for a moment the question of whether growth has limits, we can see that growth is finite by looking at the available data. In the US, average annual growth in real GDP over the prior 40 quarters has gone steadily downhill since the 1950s.1 The 21st century has seen very little increase in real GDP, which is GDP adjusted for inflation. Globally a similar trend is visible. Using global real GDP data, we find a decline in the global growth rate, from 4.7% in the late 60s, to just 1.3% in the late 00s.2

The fastest growth rates are now in those places which were until now effectively completely undeveloped. Economic growth happens where there are many resources left or where violent conflict made those resources inaccessible until recently. No developed economy has escaped the trend of declining GDP growth rates. Japan went from a 7% yearly real GDP growth rate to around 0% in recent years.3 Thus the effect does not originate in the changing demographic compsition of Western nations.

A similar stabilization can be seen in global life expectancy.4 This is again most visible for those countries than perform best on this metric, like Japan.5 We find stabilization in every trend that would be indicative of continued exponential growth. Most developed countries show stabilization in IQ, as better nutrition and an improved environment can no longer increase IQ any further.6 There’s also a stabilization visible in the number of miles driven in the United States, while a decline is visible in much of Europe.7 Developed economies have seen a small decline in total energy use compared to the 70s.8

Energy use has declined with further improvements in energy efficiency. Steel production represents five percent of global energy use. Developed countries however no longer manage to book any further improvements in energy efficiency in steel production.9 Energy efficiency in air transport of passengers has effectively flatlined since the 1990s with much of the improvement coming at the cost of the comfort passengers enjoy while traveling.10 Fuel efficiency of cars is still improving in developed countries, but this comes at the cost of energy used to produce the cars as is visible in the higher up front cost of hybrid vehicles. The decline in improvements in energy efficiency and the rising cost of energy have led to peak speed, visible in the fact that since 2003 passengers can no longer fly at supersonic speeds between London and New York or any other cities for that matter. The fact that humans have not landed on the moon in decades represents a peak distance in regards to how far a human being can travel.

We can therefore conclude that if a singularity were to occur, it would not be through a continuation of the trends we have witnessed over recent history, but rather, through a break in these trends. Assuming infinite resources at current prices, the trend would seem to be one towards gradual stabilization. The fact that non-renewable resources are being depleted would suggest that the opposite, a decline in standard of living, is in fact inevitable as well as effectively permanent.

What then about the two industries that are supposed to revolutionize our world, biotech and artificial intelligence? These are the two industries that would represent the most likely candidates for a break in the trend towards less growth. There are however limits to what can be accomplished through the use of these technologies.

This represents the first challenge we will face in our quest to increase human intelligence. Instead of increasing intelligence by selectively endowing people with a particular mutation, we will have to screen people for a wide variety of individually very rare mutations. To prove that any particular person’s very rare mutation leads to subtly reduced intelligence will be a gargantuan task, as these mutations may be limited to certain families, which makes separating environmental effects from genetic effects very difficult. Biotechnology will thus mostly prove itself to be effective in eliminating those genetic defects with severe effects, where causation is easier to demonstrate. The step from an IQ of 85 to one of 100 will thus be much easier accomplished than the step from 100 to 115, in the same way that increasing a nation’s life expectancy from 70 to 85 years is proving easier than increasing it from 85 to 100.

Assuming we pass this hurdle, there are a number of different issues we subsequently face. The nature of the process of fertilization tends to select for the healthiest sperm cells, which carry very little genetic damage.12 Bypassing this process through IVF, which will be required to enhance the intellectual potential of the next generation, means increasing the mutational load of those children, thus negatively impacting their intelligence. Screening the various embryos produced to find out which ones are free from the mutation we seek to eliminate is also an invasive process that has detrimental effects on the embryo, as it involves selecting a single cell and destroying it. Comparing adult mice that underwent preimplantation genetic diagnosis with adult mice that did not undergo the procedure shows they suffer poorer memory and higher body weight.13 It’s likely that this procedure is subject to diminishing returns, with the costs outweighing the benefits when dealing with minor mutations that do not cause severe genetic disorders.

What about actual genetic enhancement then, in which we choose to produce an embryo with genetic material that does not normally occur in humans? This has been successfully accomplished in plants after all, producing traits beneficial to humans that do not naturally occur in the plant. Here it has to be noted that we have been quite successful at producing traits that originate from a single gene, like the production of a specific pesticide. A complex emergent phenomenon like intelligence is of a fundamentally different nature.

The second issue to consider is that plants are organisms that are better capable of handling a genetic disturbance than animals. Consider that polyploidy, a doubling of an the number of chromosomes in an organism, is a common method of speciation for plants. In animals, it is comparatively rare and occurs mostly in non-vertebrates, never having been demonstrated in mammals. This suggests that animals are more “fine-tuned” and vulnerable to the effect of any drastic changes to their genome. The effects of such drastic changes would be expected to first affect those processes most dependent on overall functioning of the organism, ie complex thought.

Since the biotech bubble offers no answers, the remaining alternative for a radical transformation of our civilization lies with artificial intelligence. The first problem to note here is that the fundamental nature of consciousness remains unknown. If it is produced by a quantum field, as believed by some physicists, it will be of a fundamentally different nature than intelligence produced through binary logic of the type that our computers use. Efforts to simulate a human brain by 2020, known as the Blue Brain Project, have recently been accused by prominent neuroscientists of having narrowed the scope of the project, who argue that the project no longer seeks to simulate such higher-order brain processes as thinking and decision-making.15 Like fusion energy, artificial intelligence appears as far away as ever.

The project currently uses a supercomputer with 8,000 parallel processors to simulate ten thousand neurons. Considering that the human brain has 10^12 neurons, humans would face the task of building and running 8,000,000,000 parallel processors to simulate a single human brain. Moore’s law, referring to doubling of the number of transistors in a dense integrated circuit, is then suggested as a trend that will help us escape from the apparently massive costs of machine intelligence. The problem here becomes the fact that Moore’s law is slowing down and will apparently come to an end by 2022.16 Exponential growth is seen in the early stages of most technologies, but there are always physical limits we encounter which we seem to be reaching in computer science as well.

We have to consider the possibility that the blobs of fat drifting in cerebrospinal fluid that happen to emerge spontaneously if you leave a large amount of hydrogen unattended for a few billion years are really the most energy-efficient method of producing self-awareness available in our universe. Assuming that present economic trends and our decades long failure to discover methods of energy production that share the characteristics of fossil fuels persist into the future, civilization seems very unlikely to grow a lot more complex than its present incarnation.