Why the sane people cannot unite 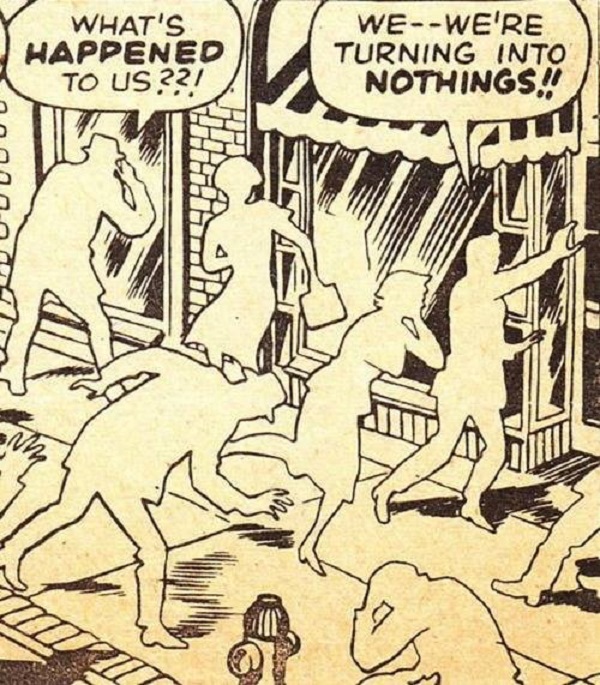 All natural groups — people who find themselves in the same category as a matter of pursuing their lives and values — find it impossible to defend themselves. This is because when what unifies your group does not require articulation, it is nearly impossible to articulate. Instead, you see your group as existing and members within it as defined by their own pursuits and interests.

Groups without identity on the other hand see the quest for identity as immediate and essential. They invent some scheme that unites them with ideology, politics, economics or religion and use it to form the group. Inevitably the subtext of this is competition with other groups and a desire to wrest power from them. For the new group, the task is simple: unite and take over. For the group in power, the task is invisible and they have no idea why they would unite.

Right-wing groups also form natural groups who cannot explain themselves. If you are not leftist, you are heading toward rightism. Leftism is based in social reasoning and individualist motivation, and uses “ideology” or thinking about what should be. Rightism thinks about how to use reality to achieve a goal and recognizes that no new quantity of objectives can be found, so instead we must look toward quality: of ourselves, of our moral actions, how well our society is organized, how pleasant our art is and things of that nature. When one leaves the mental ghetto of leftism, an inevitable rightward drift begins unless checked by social shaming or other tools of the left.

Currently the right comprises people who are focused more on what they dislike than what bonds them together. They see a country in advanced stage of collapse, realize that non-reality principle of liberalism has caused it, and yet cannot articulate what they want. This articulation is far from simple: we know what problems have intruded on “ordinary life,” but much like we have trouble defining our group, we have trouble defining what ordinary life should in whole look like. This puts us forever in a rearguard position, reacting to outrages but never getting our strength — constructive, logical thought and best possible outcomes — onto the firing line.

Even worse, many are infected with the disease of this time: in an equal society, every person must distinguish themselves from the herd. Thus as many viewpoints as people crop up. The right begins its rebirth when it realizes that it was correct all along and the left has borne us into decay. Then we must take a hard look at liberal democracy and see if it is workable at all. And from there, we must think of the origins of the type of place in which we and others who like us just want ordinary life would like to live in.