Why The Populist Wave Is Thriving 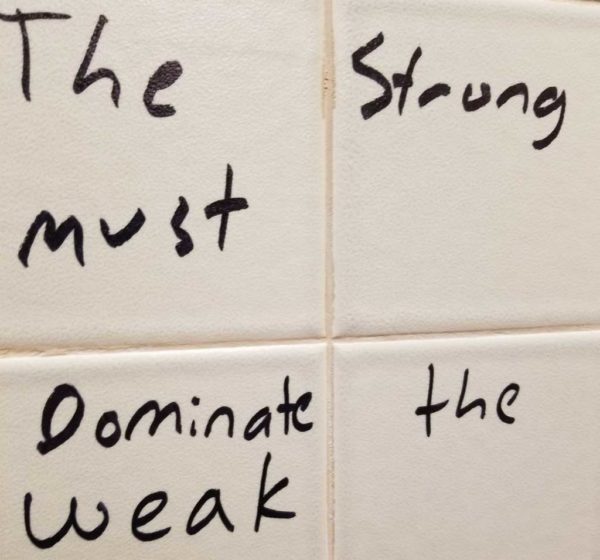 Rubes, we call them. They file in, dirty shirts and dark-circled eyes. Forty hours of work, forty hours of screaming wives and children, the rest of the time in the pub or watching the blue light at night. If they were smart once, they are not any longer. You have to count on them being basically their reptile brains plus a few social responses. Civilization has dulled their minds. Think of lab rats running a maze, or cage monkeys in a laboratory hitting the right lever to get the peanut. That is what jobs and socializing do to most people. Ninety percent of them are one hundred percent stomach, and they are not particularly good but their money spends just the same. The ten percent who are good will probably not show up. So you are dealing with opportunists, which means they are greedy for spectacle, because they keep themselves going by stringing along little rewards. Get through work, go to pub. Avoid beating child, get an extra hour of television, or something. Opportunists are born marks. They come at you with their need on their sleeves. If you make yourself look like whatever dream they are chasing, they will fool themselves. This is the trick to the trick: distract them and get something done in the background. Look right at the hand that is doing the least useful thing. If you are going to pull a rabbit out of a hat, or a dove out of the ear of a small child, then you want to make sure that your right hand — they will assume this is the one doing the important stuff, because with almost everyone else, it is — is waving around and flinging a scarf about, or even better, setting something on fire. Make your body tilt toward that hand, look at it like your first love, and thrust it in their faces like it is begging for attention. Their eyes will follow it like flies watching a piece of buttered toast fly across the sun. Your left hand, in the darkness, will be preparing the trick, but they will not see it because you fit into the pattern they were expecting. Your goal is to dismantle their perceptual apparatus. This way, the trick is always a surprise and the punchline is always new.

People are confused about the future of the Alt Right especially as relative to the ongoing struggles and triumphs of Donald Trump. Their concerns can be addressed by a simple formula: the Alt Right is a cultural wave, and those who are riding it to victory will act indirectly against the current power structure, not try to attack threats or failures directly.

Conservatives have for too long functioned as janitors. The Left does crazy stuff for awhile; conservatives rush in and try to fix everything before the Left takes over again, and this just keeps the Leftist system afloat. At some point, conservatives start to regard themselves as having this role, and then the role shapes them. They stop acting for conservatism and become those who apply band-aids and mop the floors and nothing more.

Donald Trump, Nigel Farage, and Heinz-Christian Strache in Austria are bringing a new approach: instead of trying to fix society, conservatives should act in self-interest as if we were a breakaway society waiting to happen. Our first goal must be like that of the Leftists; we seek to cripple our opposition by removing the structures that keep them in power. After all, if we do that, we can then change anything we want, but if we do not do that, any changes we make will be co-opted by the Left, making us their servants.

The power structure of the Left is based on a coalition of college students, single women, minorities, and neurotics. If we are Machiavellian about this, we seek to remove the power of those people. Donald Trump, no fool but accustomed to playing the fool from his time on “reality television,” has steadily reduced Leftist power so that he can at least get to a neutral state in American politics where we consider what works and what does not, instead of what fits our ideological profile:

According to Pew Research Center, 58 percent of Republicans and conservative independents believe colleges are having a negative impact on the country.

…Ninety-one percent of Trump’s nominees to federal courts are white, and 81 percent are male, according to an AP analysis.

What do we see here? Trump is not a Republican; he is a… well, let us call him a functionalist. He respects what works and sees everything else as a parasite, which is not an unreasonable outlook on a species more dedicated to lotteries, parties, television, posturing, and moral preening than effective action. He is replacing the nonsense people with real people.

This will not directly instantiate Alt Right goals, but it will open the door. He is clearing aside the Leftist mindlock in government and thus, allowing a much wider range of options to become possible.

He extends this to establishing stability by starving the Leftist strongholds with the new tax bill, while kicking more money back to a middle class savaged by the ludicrous Obamacare taxes:

The Trump economyâ€”which weâ€™ve maintained since before Election Day is the economy you get when you take President Obamaâ€™s foot off its neckâ€”seems predisposed to remain benign through next yearâ€™s congressional election.

…The rest of the tax bill may be anticlimactic, but it broadens the standard deduction, cuts rates a bit, and slightly reduces itemized deductions, those corrupt and corrupting schemes by which Washington rewards you for redirecting your income to various lobbying interests (including state and local government).

From the Trump show we are getting steps in the direction of â€œgood governmentâ€ as that term has traditionally and reliably been understood for decades. And unless 250 years of economic thought is ready to be junked, increasing the after-tax return on business investment will lead to more investment.

High blue state taxes are no longer deductible; universities are facing new taxes on their excessive endowments; possibly graduate students will as well. This slashes a subsidy mill and replaces it with the rule of the market, namely only what is profitable will be supported. While this is not ideal, it is far better than the black abyss of ideological subsidy.

Sure, there are some seemingly dispiriting signs of the Trump administration, but when one looks beneath the surface, one sees the populist agenda: removing the influence of ideology entirely and focusing on what works.

After all, Trump is accustomed to working as a musician. He gestures with his right hand — a Russia scandal, a #BuildTheWall campaign, an accusation of a deep state fake news empire — in a way that attacks the strongest points of the Left. They react, but at the same time, his left hand is quietly undoing whatever power enables them to have strength at all.

Coincidentally, what works overlaps with the Old Right and “far right” (in our Leftist times, this means “Rightism that is mostly unmixed with Leftism”) and so is anathema to the Left. But with Strache advancing in the birthplace of Adolf Hitler, Nigel Farage upending the establishment in orthodox Leftist Britain, and Donald Trump reversing the Kennedy establishment, the future looks more than “not Left.” It appears to be heading toward sanity and, through it, a resurrection of eternal tradition and restoration of Western Civilization.