Why The Left Is Anti-White 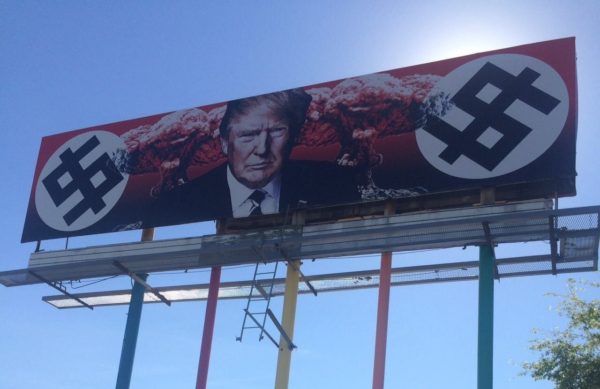 Much drama and conspiracy-analytical thinking has gone into trying to understand why Hollywood and the Left are consummately anti-white, casting non-white actors to play white roles and portraying white people as stupid, incompetent and weak. It seems like a conspiracy, since we see the same thing in politics that we do in movies and literature.

More likely, this behavior represents a simple pathology. Most human behaviors distill down to simple cognitive mistakes which become pathological because a pillar of self-image rests upon them; think of drug addicts who inject drugs into suppurating limbs in order to overcome self-doubt, or obese people who gobble food because fullness suggests safety to them.

In this case, the pathology is resentment. People resent those who rise above because the act of separating from the herd shows the relative gap between the exceptional individual and the group. Naturally, since few are excellent and most only in one area, the rest are consumed with a sense of guilt for not being exceptional, anger at this person for making them look bad, and a sublimated hunger to similarly be excellent in something. The best of us overcome the guilt and anger because those are misdirected rage at the self, having both the confidence and the analytical skill to dispense with such things. The undisciplined and the rest simmer in their discontent and decide to destroy the person who made them look bad, feeling perhaps correctly that they cannot be changed, and yet too egotistical to admit the need for guidance by those above them.

Someone wrote a book about this once. This fellow came down, asserted difficult truths, disturbed the comfortable pretense by which most people were rationalizing their bad behavior, and so the group came together and had him killed. This book is either The Bible, The Apology of Socrates or Stranger in a Strange Land because this tale is as old as time. Herds hate heroes.

In the case of Western European civilization, we rose too high for the rest of the world, including those among us who found themselves excluded because they did not participate in that rise. As a result, they invented a reason to feel good about themselves by declaring our rise to be cheating, and concluding that tearing us down would make the world more “equal,” so that non-contributors would feel good again about not being those who gave more than they took.

Resentment defines daily life in egalitarian societies. We hate the excellent, so we remove them and place celebrities and politicians in their place. The Rich™ are blamed for every problem, as are successful groups like whites and Jews. Entertainment hates the suburban family with a white picket fence, yet it is what we all desire, or some reasonable equivalent.

To defeat this anti-white bias, we need to go to its root cause, which is resentment caused by a lack of hierarchy. Strong leadership, powerful culture, and a clear purpose obviate the appeal of resentment. By making these changes, those of us who can still think can form a society which will rise from among the ashes and again achieve greatness.