Why the “Jewish Question” is the wrong question 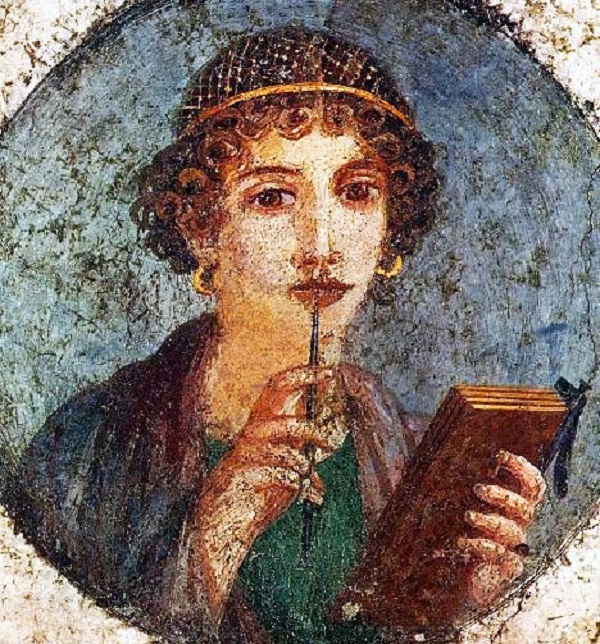 Neoreaction suffers the early stages of a schism dividing it into a philosemitic arm and a second group made up of those who wonder about the so-called “Jewish Question.” Many of the latter display outright Jew-hatred and can be considered antisemites. There is also a third camp comprised of those who profess a contrived disinterest in those not of their tribe or thede, but in principle they too can be filed under the second category.

The right and left split on nationalism because of a question of scope. Where Neoreaction, a rightward swing, founds itself on an acceptance of human biodiversity and a rejection of the “blank slate” Cultural Marxism that has reduced once-noble academic fields like sociology and anthropology to echo chambers, the left bases itself in equality and thus insists that race, sex and even intelligence are “social constructs.” The difference between the right and the left of course is that on the global level the right truly does love diversity, whereas the left loves uniformity and monochrome secularism. The Neoreactionary respects the Hindu ethnic nationalist, the Torres Strait Islander, the Inuit and the various shades of Papuan, and savours the variety between all.

On the other hand, the leftist — beholden to Whig historiography at best and Marxist historiography at worst — pays lip service to the moral superiority (“innocence”) of poverty-stricken third world peasantry. And yet this comes with a paternalistic streak. In countries like Australia the leftist is not keen to leave Aborigines to their own devices, preferring attempts to pull an entire race of people who were until recent times living in the Old Stone Age into modernity. When he discovers that this is rather difficult and that abandoned to purgatorial camps built by well-meaning white Australians Aboriginal men turn to alcoholism, mass rape and general brutality the leftist opaquely blames capitalism or an insufficiency of funding for the resultant inequality of outcome. Alternatively, he can blame racism.

If there is indeed substantive merit in all cultures as expounded by relativists then expectations of material equality must be rooted in the tacit acceptance that some cultures are superior to others. Theories about the cosmos as elaborated in the Aboriginal philosophy of “Dreamtime” charm westerners, but this elementary understanding of the physical universe also goes hand in hand with life expectancy in the twenties, horrific spousal and child abuse and barbaric rituals seldom spoken about. Leftists through their actions and words indicate that such cultures should be protected and cherished while separately acknowledging the standard of living as produced by such cultures is morally unacceptable. In other words, the leftist expects that the Aborigine should be able to live in a nice house with a car and a nine to five job in suburban Adelaide while retaining ancient customs antithetical to modernity while also expecting them to successfully acquire alien cultural norms such as a Protestant work ethic and the future-oriented outlook that may be a prerequisite for advanced societies to function.

And so, to the Jewish question. Human Biodiversity’s popularity with Neoreaction indicates a leaning towards desiring the best for humanity. The devout Christianity of much of the movement confirms this. I will refrain from listing Jewish achievements in the sciences and the arts only because there are so many that such a list would inevitably exclude many undeserving of ignorance but Jews are for better or worse the architects of much of Western thought from Jesus Christ to Spinoza to Marx to Einstein. To this observer it seems as if the Jew is to the Christian what the Greek is to the Roman and that the resulting tension between the two (a distinctly one-sided tension, it must be said) is Oedipal fury directed at a much older and wiser parent. It seems remarkable that Swedish Neoreactionaries could hold hostile views towards Jews when the fault for that country’s death spiral rests with mass immigration engineered by the Swedish left. If, as many paranoid antisemites claim, this multiculturalism is itself caused by Jewish puppetmastery then Jews themselves would not be leaving Sweden in droves due to ubiquitous Muslim aggression.

The hostility displayed by Europeans towards Jews (and not the policies which permit mass immigration from places like Somalia and Pakistan) reveals a cowardly effeminacy. Always a tiny minority, Jewish contributions in all aspects of European civilisation have been remarkable. Jewish communities in Europe for well over a millennium have witnessed the continent drift from the darkness of the fall of Rome to global hegemony. Their presence cannot be said to have been a negative to Europe’s overall well-being.

In modern France and Sweden the existential threat is not Judaism but Islam and the Marxism that permeates almost every aspect of political discourse. The traditional, jackbooted ethnic nationalist is seldom seen in European streets these days, though ISIS flag-waving Islamists and Wahhabist preachers are relatively commonplace. The neo-Nazi skinhead finds Jews easy prey: a placid, almost bookish community of mind-your-own-business professionals. Increasingly confident gangs of Arabs and Pakistanis who feel so unthreatened in Europe that they can rape children by the thousand with no fear of retaliation are less of a pushover.

Jewish populations across Europe are in freefall, Muslim population growth is practically exponential; in fact, all third world groups are expanding and displacing the indigenous. It makes more sense to say that diversity itself is poisonous than to try to find a scapegoat upon whom we can take our frustrations. For the Neoreactionary to be concerned with a “Jewish Question” at this time reeks of pusillanimity. Attacks on European Jewry are simply the bullying of a tiny minority which cannot defend itself. Despite fantastical claims that Jews somehow control Europe their supposed Machiavellianism could not prevent their near-annihilation in the Holocaust, nor prevent pogrom after pogrom over the previous thousand years ranging from Ukraine to Ireland.

Among many American Neoreactionaries there is an understandable if naive habit of considering all whites of the same tribe, something obviously rooted in the fact that people of European parentage in the new world are relatively alike in thought and appearance especially as compared to Amerinds and African-Americans. Yet Hungarian and Finnish have more in common linguistically with Korean than they do with German or Swedish. The argument will be made that all share the same Christian heritage and are therefore European kin though this is refuted by the mere mention of Albanians.

Jews are not a threat to this imagined pan-European race but are instead a valuable asset both culturally and economically. The antisemite complains that Jews isolate themselves and perhaps exhibit some cultural and ethnic snobbery. In fact many Neoreactionaries use the word “goyim” about themselves in the way a jilted girlfriend might repeat an insult about herself to a grovelling and apologetic partner. This supposed in-groupism should be applauded or at least encouraged by disciples of human biodiversity but Jews’ maintaining of their own distinct traditions is actually used against them as one can see from the unwavering popularity of that most laughable of pamphlets, The Protocols of the Elders of Zion.

If Jews do indeed seem overly represented in positions of power and influence it is only because evolution made them so. Their position as a vulnerable minority on a superstitious continent has seen them blamed for everything from bad harvests to plague to the murder of Jesus Christ. The Jewish village idiot may have expendable to early modern Germans but one with real talent was less so. In this way evolutionary pressures saw Jews develop into one of the highest average IQ ethnic groups on earth.

Those Neoreactionaries who claim detachment from the issue of Jews and consider themselves as emotionally involved in internecine conflicts in the Congo as they are with goings-on in Israel display an inexplicable antipathy to a people that have been an integral part of Europe’s glorious mosaic of cultures since time immemorial.

For Europeans, Neoreaction functions as a tool for the preservation of everything European, fighting against a creeping totalitarianism that would see the continent borderless and populated by a herd of identitarian sheep. As such I can never abandon Israel — which is absolutely European in structure and philosophy, as integral a part of Europe as Christianity — to Holocaust 2.0, because as an outpost it represents a precious fragment of my continent. Hostility towards Jews or even ambivalence to their fate is anti-European, anti-Christian and the embodiment of a poisonous envy that has eaten away at the hearts of too many Europeans for too long.